One on one with Dem stalwart, Duterte critic Loida Nicolas Lewis

One on one with Dem stalwart, Duterte critic Loida Nicolas Lewis

CHICAGO–With the Democratic Party struggling to sort out the names of the 20 declared candidates vying for the party’s 2020 presidential nomination, prominent Filipino American leader Loida Nicolas-Lewis, an ardent supporter of Hillary Clinton, was asked if she wanted Clinton to again to run  for the next year’s election.

“Oh, my God, I hope she does not run again!” she exclaimed without elaborating on the subject. Nicolas-Lewis campaigned hard for Clinton in her bid for the White House in 2008 and 2016. 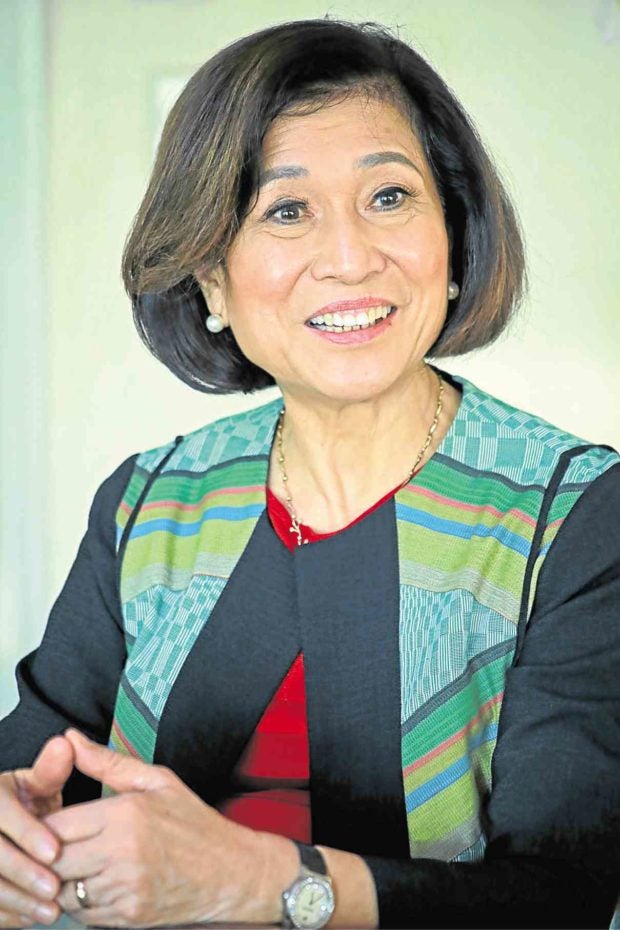 A day after former Vice President Joe Biden declared his bid on April 25 for the democratic nomination, Nicolas-Lewis revealed her support for his candidacy.

She added that Biden has a good chance of defeating President Trump.  She did not mince words on how she sees Trump as a disaster. “But Democrats are making a mistake in falling into the trap of destroying Joe Biden’s character. It is a familiar dirty trick coming from Republicans,” she added.

Loida Nicholas Lewis, widow of the billionaire-businessman Reginald Lewis, sat down for an exclusive interview after she met with African American entrepreneurs in Chicago early April.

She also gathered leaders of the local Filipino community to drum up support for opposition senatorial candidates in the May 13 elections back home.

Her fellow Holy Spirit University alumni were joined by civic and religious leaders in opening their pocket books  in response to her ominous assessment of the political situation under the Duterte regime. She sees the opposition as severely underfunded to be able to wage a viable campaign.

She pointed out the Senate as the last the bastion of the Philippine democratic system and that it is now in eminent danger of being completely taken over by corrupt and dynastic candidates  backed by the strongman president who has turned the executive and judicial branches and the legislative’s lower  house into rubber stamps of his administration.

Nicolas-Lewis was asked about her reported 2016 visit in Davao with then President-elect Duterte whose operatives shortly afterwards accused her of being the leader of an alleged coup plot to topple Duterte.

“While I don’t hide the fact that I supported the Roxas-Robredo team in the 2016 elections, I joined the U.S.-Philippine delegation to meet with President-elect Duterte.  I was with a former U.S Ambassador to the Philippines, (business mogul) Manny Pangilinan…among others, when we saw him in Davao. He was just winding down a negotiation of the surrender of an Abu Sayyaf. 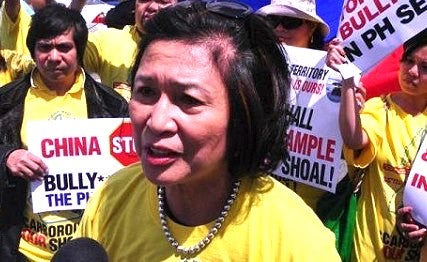 “I was impressed with him and found him to be intelligent.  As a dual citizen, I was interested in his plans for our country. I left with the thoughts that he would do good for the country.  But it did not take long to change my impression… (there were) credible reports of hundreds of extrajudicial killings were taking place with his blatant consent.

“I was interviewed …shortly after Leni (Robredo) was fired and I expressed my concerns. Then reports like General Esperon saying that a Filipino woman who is a widow of a billionaire Afro-American businessman was leading a move to topple Duterte…It’s fake news…I don’t have military connections…I always adhere to the constitutional and democratic processes.”

Nicolas-Lewis stressed the need for proper education for the Filipinos to raise a responsible civic consciousness. She saw this as a way to fight the control of the political dynasties and politicians who are elected because they are popular entertainers or are members of the oligarchy.

A stalwart in the National Federation of Filipino American Associations, she defended the NaFFAA’s minimal support for issues affecting the homeland. “Let these new leaders born here in the U.S. focus on matters that directly affect us here…and it’s up to us who emigrated here to support the land of our birth,” she said.

An activist in New York since the martial law rule of Ferdinand Marcos in the early 1970s, Loida Nicholas Lewis was asked what she would like to be remembered for as her lasting legacy. “That I practiced my faith the way the Lord wanted us to live it…that in my modest way, I reached out to our fellowmen who needed justice and to those who needed to be liberated from poverty.”