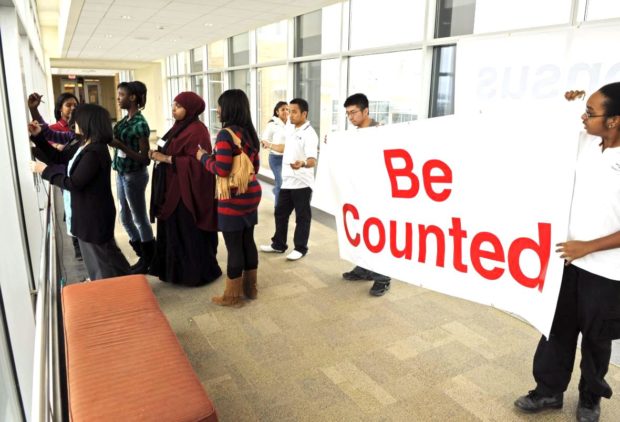 SAN FRANCISCO — California is welcoming newcomers every day, but some regions are growing fast enough to take political power away from slower-growing ones. In today’s California, the most-populous county, Los Angeles, with more than 10 million people, is losing ground to the San Francisco Bay Area and the Inland Empire of San Bernardino and Riverside counties.

In its recent report, “Winners and Losers: The 2020 Census and California’s 2021 Redistricting,” Claremont McKenna College’s Rose Institute of State and Local Government looks at population trends up and down the state and explains how changes play out in the political realm. For first time, California could lose a congressional seat and an electoral college vote.

In Southern California, Riverside County is up 15.2%, San Bernardino and Orange counties 8.6% each and San Diego 11.2%. But most of Los Angeles is growing at a less than 5% rate.

Political districts are intended to include equal numbers of people. So, when the Census shows that one region has more people than it used to, and another has fewer, district boundaries are redrawn to balance out their respective populations.

But, just as Los Angeles stands to lose representation in Sacramento, the same principles that apply to state legislatures also come into play when seats in the U.S. Congress are apportioned. California, and the South and Southwest in general, have consistently gained seats. But in 2020, California could, for the first time, lose a seat in Congress.

Four central Los Angeles Congressional districts – each controlled by a Democrat of either Hispanic or Asian descent – would nonetheless be consolidated into three districts to allow another congressional seat to go to a faster-growing state, such as Texas or Florida.

The methodology of how Congressional seats are apportioned is bizarrely byzantine and impossible to explain. But basically, every state gets one seat and then the remaining 385 are distributed according to population.

While in the past, redistricting efforts attempted to preserve a district’s ethnic identity, those four districts are all surrounded by others with similar demographics, so if California were to lose a seat in Congress, it seems certain that it would be one belonging to a Democrat of color, Douglas Johnson, one of the report’s authors, told Ethnic Media Services.

However, he said, a difference of as few as 40,000 more Californians being counted in the Census could keep that from happening.

The report’s projections are based on data gathered by the Census Bureau in its annual American Community Surveys up to 2017 and extrapolated forward from there, then compared to 2010 Census data.

Los Angeles, San Bernardino and Riverside counties have all signed on to form Complete Count Committees to ensure all their residents are enumerated in next year’s census.