SEATTLE — In the play “Office Hour,” Christian Quinto plays a troubled college student who has been submitting grisly writing assignments to his alarmed professor.

ArtsWest artistic director Mathew Wright directs. This is Quinto’s second production with the group. He was previously in “Jane Eyre: The Musical.” 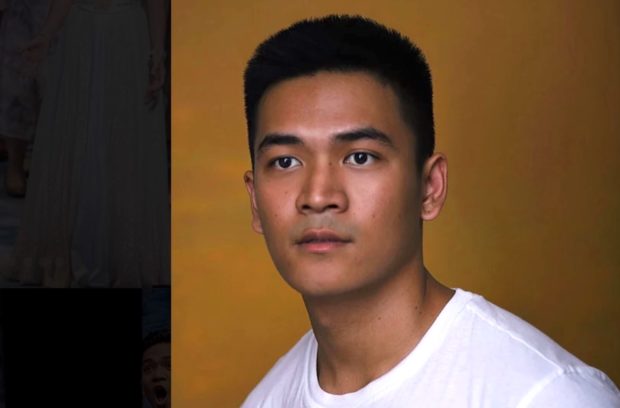 “My mom is the biggest ABBA fan I know and I grew up listening to their music. Performing in the musical meant so much to me because I dedicated my performance to my mom,” he says.

“The music brought back many happy memories when I still lived in the Philippines.” Quinto moved from the Philippines to Honolulu when he was 14 years old.

“I was introduced to the magic of theater when I auditioned for ‘Grease’ at Kaimuki High School and was cast as Jock Number 2.”

He studied Musical Theatre at Cornish College of the Arts and made his Seattle theater debut in Seattle Repertory Theatre and Public Works Seattle’s coproduction of “The Odyssey.”

During his run in “Mamma Mia!” he was even able to wear a barong Tagalog in the show. “I got to proudly represent my Filipino culture onstage,” he says.

“They said I should wear it for the wedding scene in the show. I told them that in Filipino weddings, the groom and the groomsmen usually wear barong Tagalog. It was perfect!”

He was still performing in “Mamma Mia!” when rehearsals began for “Office Hour.” Sometimes, rehearsals for the play would fall on the same day as performances for the musical.

“To go from a fantastical world of disco balls, sparkly costumes and feel-good music to the realistic, dark and complex world that Julia Cho has written was an absolute shift.”

He would take advantage of his one hour and 30-minute bus ride from Magnuson Park to West Seattle to decompress from the musical while calibrating his mindset for the play’s rehearsals.

“I had to really be mindful about my emotional and mental state before rehearsals because diving head first to the subject material in ‘Office Hour’ is very dangerous.”

“I consider myself a lucky actor to be able to portray characters like Sky and Dennis in one day!”

Quinto remembers his initial reactions to the play when he first read the script. “I was scared but also very ecstatic. Julia Cho has written a dynamite play with juicy characters. It’s an actor’s dream! The fear is helpful for me, it keeps me on my toes at all times,” he says.

He’s using his instincts to drive his performance. “I never get comfortable during rehearsals. I believe that this show calls for an actor who is always making new choices and discoveries at the moment.”

He hopes that the play will provide audiences a jumping off point for discussions. “Gun culture and gun violence are important issues right now, especially here in the US. After they watch it, I hope that ‘Office Hour’ will spark a conversation among our audiences.” 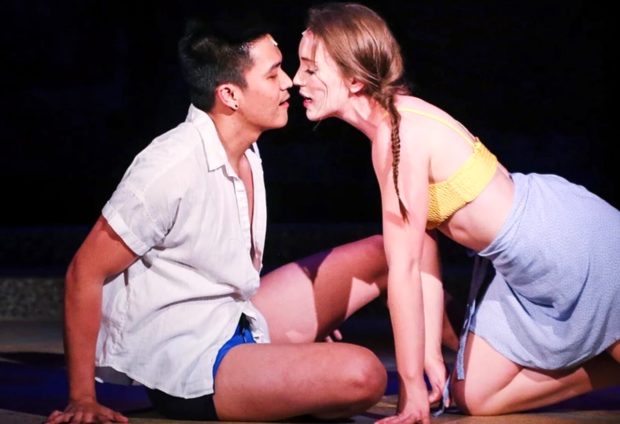 He reiterates that the show tackles other issues as well. “This show is so much deeper than just gun culture. Themes like immigration, Western views on Asian males, us versus them, white fragility and privilege, and so much more.

“Julia Cho has written complex and beautiful poetry that at its core, it’s about two human beings aching to connect.”

He hopes that theatergoers will appreciate “how incredible it is to see two Asian actors on stage go through a spectrum of emotions and the power of representation and visibility that it holds.”