Politics of fear could create an undercount in the 2020 Census

Politics of fear could create an undercount in the 2020 Census

I admit to having a strange pang of Filipino/Asian American pride knowing that Noel Francisco—his father a Filipino immigrant who came to America to practice medicine—argued  before the Supreme Court of the United States as the U.S. Solicitor General last week.

Too bad he was on the wrong side of the case against that citizenship question on the Census 2020 form.

Is this how some African Americans feel about Justice Clarence Thomas? 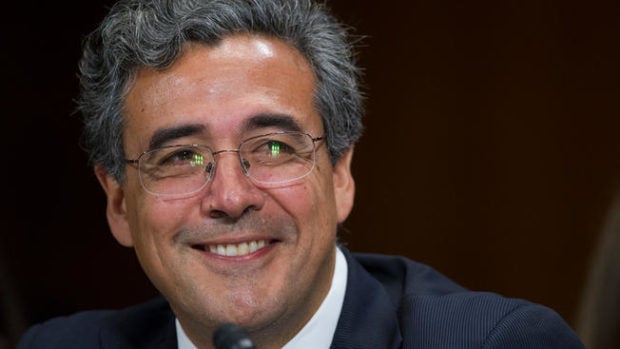 Thomas doesn’t say much at oral arguments. But you know his stoic presence will be felt in a Trump-branded SCOTUS World, where 5-4 decisions are becoming more frequent.

And The Donald wants the citizenship question because he sees the Census as his new xenophobic tool.

He can’t lose. If people take part in the census truthfully, the fear of ICE is real. If people avoid the census, Trump’s demographic white supremacy stays intact. Accuracy be damned. Undercount assured. Minorities inch closer to becoming the majority? Not on The Donald’s watch.

Most importantly, an undercount of Filipinos and all people of color, ends up in redrawn congressional districts and hundreds of millions of dollars misdirected away from us.

This is the reason civil rights advocates are calling the citizenship question’s insertion the most important issue facing our communities today.

The stakes are high. If the count is wrong, our invisibility is assured, policy-wise. That’s not the way it’s supposed to be in America.

It leaves us with a spectacle like the one at SCOTUS last week, where we had one of ours, acting counter to our interests. What a sight: Francisco carrying the water for Trump and his Commerce Secretary, Wilbur Ross.

Thank goodness Justice Sonia Sotomayor was there to take apart Francisco’s argument. Anyone reading through the transcript will see Francisco was dutiful to his side. But not necessarily to the facts.

Right from the start, Francisco characterized the question as one that “that has been asked as part of the census in one form or another for nearly 200 years.”

But it was a mischaracterization and Justice Sonia Sotomayor caught it.

“I’m sorry, it’s not been a part of the survey, which is where he reinstated it, since 1950. And for 65 years, every Secretary of the Department of Commerce, every statistician, including this Secretary’s statistician, recommended against adding the question,” Sotomayor shot back. “So it may be that 200 years of asking a citizenship question in other forms may be true, but not on the short survey. That’s what’s at issue here.”

Sotomayor wasn’t giving an inch on anything.

Not on whether Ross was right to go with the citizenship question when a a statistical model would be even more accurate—by as much as 99.5 percent.

Nor on why a citizenship question would be better than a statistical model augmented with administrative records.

Francisco couldn’t answer that one straight. If he did, it would sound something like, “It’s best for the President’s sense of xenophobia and rooting out those dreaded illegal immigrants, drug dealers, and MS-13 types.”

Instead, Francisco said Ross thought it would be the kind of data useful in enforcing the Voting Rights Act, which sounds good but doesn’t further the Census’s main purpose of enumeration.

“This seems like he thought of something,” said Sotomayor to Francisco, imagining Ross’s thoughts. “I want to add a citizenship question. I don’t know why, but this is a solution in search of a problem. I’ve got to find a problem that fits what I want to do.”

Sotomayor figured that what Ross proposed would result in an error of at least 500,000 in the unreporting population. And to fix the error later would cost more than if the Census Bureau had just used the statistical model and administrative records in the first place.

Sounds like the kind of made-to-order chaos the Trump administration would love.

You can read the transcript of the oral arguments here.

There is no way after reading the transcript you come away thinking, “My, this citizenship question is such a great idea!”

Unless you see the question as the Census version of Trump’s border wall.

Sotomayor had help from Justice Elena Kagan, who provided a one-two punch. She both praised Francisco for his argument, then pointed out the weakness in Ross’ decision to use the citizenship question. And there was my fave, Justice Stephen Breyer, a fellow Lowell High SF alumnus, who probed and offered a bit of levity on the kind of questions asked in the Census.

Trump appointees seemed ready to defend the question. Kavanaugh pointed out the UN recommends a citizenship question. While true, the Census has asked the question in the long-form American Community Survey. This was about using the question in the short form that is sent out every-ten- years.  As for Justice Gorsuch, he seemed unwilling to acknowledge that the citizenship question would result in people not finishing and filling out the  actual census form. Reduced response rates? We just don’t know, he said.

Maybe if he empathized with the undocumented he’d understand.

He then had the gall to posit a hypothetical challenge to the sex question “because it limits individuals to a binary choice.” (That added a touch of PC irony because the court decided this week to take up the issue of whether workplace discrimination laws apply to trans individuals. It’s sure to be another pendulum swing for this 5-4 court.)

Sotomayor couldn’t let Francisco get away with his argument that people could get together to “knock off any question on the census” they didn’t like.

JUSTICE SOTOMAYOR: Are you suggesting that Hispanics are boycotting the census, that –

FRANCISCO: Not in the slightest, Your Honor.

It was perhaps the most significant ounce of truth uttered by Francisco in the whole hearing. Essentially, he admitted that yes, what we had here was the politics of fear at work. It’s Trump’s raison d’etre, after all. And it’s intended to assure an undercount.

But really, it should be enough to keep the question out of Census 2020. Oh, but that’s in normal times when truth, compassion and empathy still count.

Not with five votes apparently at the ready to make it hard for us to be counted correctly.

Let’s hope that’s not the case.

Emil Guillermo is a journalist and commentator who writes a column for the North American bureau of the Inquirer.net.  Twitter @emilamok. Find him on Apple podcasts.