Elon Musk and the Securities and Exchange Tweet Settlement

The settlement between Musk and the Securities and Exchange Commission sets out clearer guidelines on topics Musk should avoid on Twitter or other social media, including statements about acquisitions, mergers, new products and production numbers.

Musk would have to adhere to Tesla rules regarding potentially significant comments by executives, and have tweets or other social media posts pre-approved by “an experienced securities lawyer employed by the company,” according to the proposed settlement. “The parties have reached an agreement to resolve the commission’s pending contempt motion,” a joint court filing said.

Tesla CEO Elon Musk and the U.S. Securities and Exchange Commission reached a deal Friday to settle a lawsuit concerning his controversial usage of Twitter to boost the company's standing with investors. https://t.co/4AQHvbaWRk

A Friday deadline set by US District Judge Alison Nathan was extended until April 30 after Musk and the SEC asked for time to have a final version of the settlement ready to submit for court approval.

The SEC said in the filing that the settlement “is fair, reasonable, and in the interest of the parties and investors because the proposed revisions will provide additional clarity regarding the written communications for which the defendant is required to obtain pre-approval.”

SEC officials had originally argued Musk should be held in contempt of court for allegedly violating an earlier settlement on tweeting potentially market-sensitive information without having it reviewed by counsel.

At a hearing earlier this month, Nathan ordered both sides to try to work out their differences, suggesting she could rule on the case if the talks failed.

The judge appeared sympathetic at times with some of the government’s arguments, but she also expressed significant reservations about finding Musk in contempt, which she said was “serious business” and a ruling that placed a “significant burden” of proof on the government. 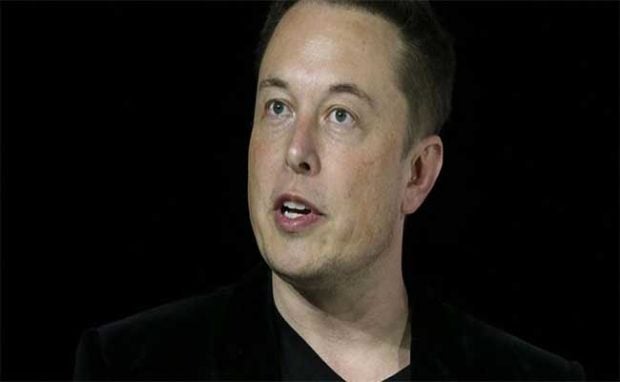 If approved, the settlement would mark a truce in Musk’s dispute with the SEC after an October agreement required him to step down as chairman and pay $20 million to settle charges he defrauded investors with false claims on Twitter in August about a possible bid to take the company private, which was quickly aborted.

The settlement, which allowed Musk to remain as CEO, required him to obtain pre-approval from Tesla counsel before making written communications “that contain, or reasonably could contain, information material to Tesla or its stockholders.”

The SEC cracked down after Musk tweeted on February 19 that Tesla would make 500,000 cars in 2019 — up from the 400,000 that the company had estimated until then, an apparent increase on a benchmark tied to profitability.

Musk corrected himself four hours later, saying that Tesla would indeed produce about 400,000 cars this year. SEC attorney Cheryl Crumpton argued that the February 19 tweet and the fact that Musk had not submitted any tweets for pre-publishing review showed he had made no serious effort to follow the requirement. John Hueston, an attorney representing Musk, had countered that Musk’s February 19 tweet was not consequential to investors, and that the language in the settlement was ambiguous on what types of information needed to be reviewed prior to publication.

He also argued that the SEC had been hasty in seeking a contempt ruling without first trying to confer with Musk.

Word of a settlement came just days after Tesla disclosed a heavy loss in the first quarter as car deliveries sputtered overseas and a US tax credit that made its prices more attractive was reduced.

The California-based company reported a loss of $702 million in the first three months of this year after two consecutive quarters of profit.

Tesla produced about 63,000 Model 3 vehicles in the period, an increase of three percent from the same quarter a year earlier but fewer than had been anticipated.  The company attributed its disappointing financial results to Model 3 shipping delays, particularly in Europe and China.

Overall company revenue in the period rose 33 percent to $4.5 billion in a year-over-year comparison, but fell far short of Wall Street forecasts. Tesla was confident it would get past the financial speed-bumps and into a smoother road to improved fortune.

The company expected to remain on course to deliver between 360,000 and 400,000 vehicles in total this year, topping 2018 numbers by at least 45 percent. Tesla shares that finished the official trading day down five percent regained a little ground to $237.31 in after-market trading.