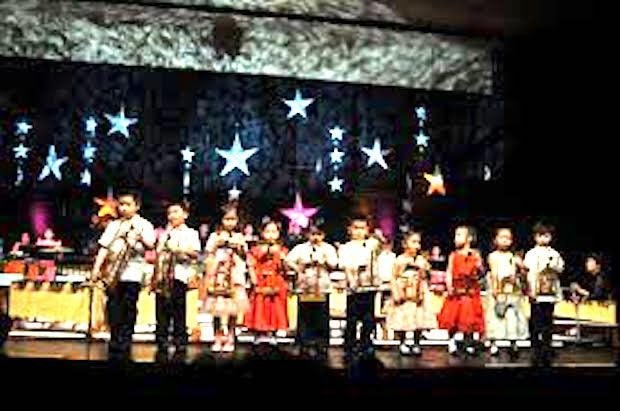 A unique percussion ensemble made up of musically inclined pre-school children from the Philippines, will star in a gala performance at the prestigious Carnegie Hall in New York City on May 31.

The Philippine Montessori Center Instrumental Ensemble (PMCIE) will serve as global Filipino musical ambassadors with “Pinoys to the World: A Celebration of Filipino Musical Artistry,” a series of concerts that started in the Philippines in February this year.

The series will culminate in performances in New York City, including a gala concert at the world-famous Carnegie Hall, the same venue known to host music legends—from Judy Garland, to Frank Sinatra and The Beatles—since 1891. 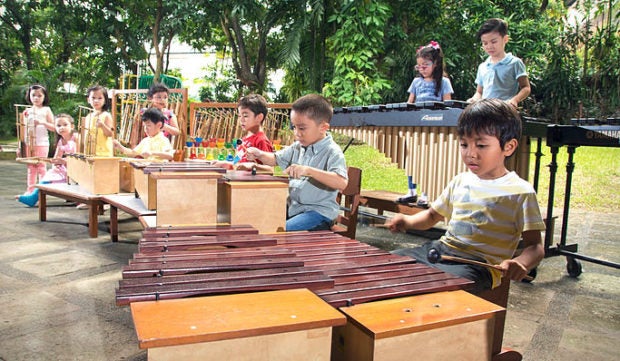 With 17 members below 7 years old, the PMCIE is one of the youngest—if not the youngest—percussion ensembles in the world. Its impressive repertoire includes classical, cultural and Broadway pieces played on unconventional instruments, like the marimba, xylophone, glockenspiel, timpani and angklung.

The Philippine Montessori Center, a Quezon City-based pre-school, formed the PMCIE in the belief that music plays a critical role in support of the overall development of every child.

“Not only does music give students, with both the talent and interest, an incredible opportunity to hone their artistic skills, but being part of such an orchestra instills in them an inner discipline and strengthens their character at such a young age,” said Mrs. Iluminada Woellhaf, founder of PMC.

The PMCIE will be accompanied by The Nightingales, a duo of former soprano soloists of the renowned Philippine Madrigal Singers.

Pinoys to the World: A Celebration of Filipino Musical Artistry is made possible in cooperation with its major sponsors Aboitiz Equity Ventures, Inc., Jollibee Foods Corporation, Land Cris Somerset Development Corporation, People’s General Insurance, PhilEquity Management Inc., Quantum Plus, Security Bank, Shakey’s and the generous support of many other donors.