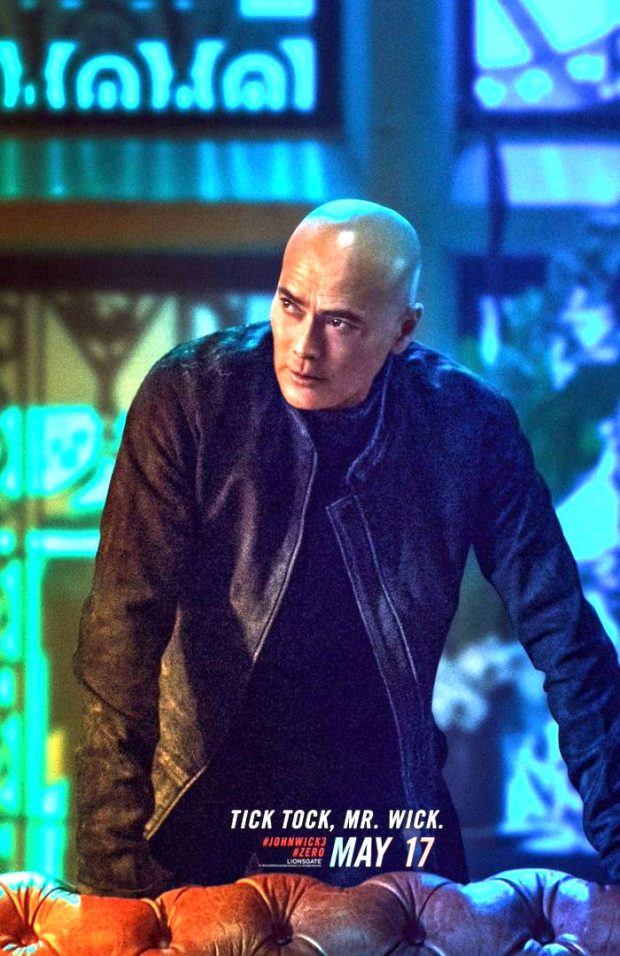 Filipino American actor Mark Dacascos will be playing the role of “Zero,” the nemesis of Keanu Reeves’ character John Wick in one of the most anticipated movie releases this May: “Parabellum,” the third installment of the John Wick saga.

Born in Honolulu to a Filipino martial arts instructor dad and an Irish-Japanese mom, Dacascos was trained as a martial artist in childhood and actually holds several martial arts championship titles.

Dacoscos eventually used his skills to act in action movies. He was Giyera (Filipino for “war”) in Marvel’s Agents of S.H.I.E.L.D., Kung Lao in the web series Mortal Kombat: Legacy, and as the Crying Freeman.

Dacascos is also known as “Iron Chef’s” Chairman in the American and Australian series, where chefs battle it out for the title.

The actor-martial artist’s performance in “Brotherhood of the Wolf” (2001) earned critical praise and a nomination for Best Supporting Actor at the Saturn Awards.

“John Wick Chapter 3 – Parabellum” will be premiered on May 17.