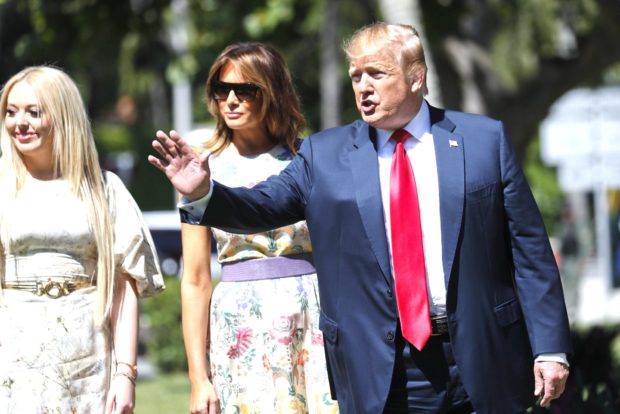 The most oft-quoted line of the day? It’s what Trump said when he first learned of the appointment of a Special Counsel.

“The president slumped back in his chair and said, “Oh my God. This is terrible. This is the end of my presidency. I’m f***ed.”

But I didn’t madly print out 500 pages of the Mueller Report on Thursday just to look for “f” words.

I’m looking for us Asian Americans. And I found at least one. In a Trump World, he’s a relative hero.

White House Counsel’s Office attorney Uttam Dhillon is mentioned in volume 2 as one of those trying to keep Donald Trump from doing something stupid. Like fire FBI head James Comey.

Because wouldn’t that be a patented case of obstruction of justice? Read on.

The president was obsessed over Comey for not “lifting the cloud” of the Russia investigation that seemed to hang over Trump’s head.  He wanted him fired.  Steve Bannon told Mueller investigators that Trump mentioned it at least eight times on May 3 and 4 of 2017, and that he tried to dissuade a Comey firing, saying the president could fire Comey but not the entire FBI.

In the end, Trump dictated a note to senior advisor Stephen Miller that evolved into a final four page letter: “Dear Director Comey, While I greatly appreciate your informing me, on three separate occasions, that I am not  under investigation concerning the fabricated and politically-motivated allegations of a Trump-Russia relationship with respect to the 2016 Presidential election, please be informed that I, along with members of both political parties and most importantly the American Public, have lost faith in you as the Director of the FBI and you are hereby terminated.”

The key language is the “three separate occasions” reference. It’s almost biblical and ironic for a report that is revealed for all the world on Holy Week.

(But who would be Peter and who would be Jesus?) It’s the richness of all the detail under oath that makes the Mueller Report a treasure trove, especially in the genesis of the Comey firing.

The Mueller Report said the inserting of the Russia probe language  was the most important part of the letter to Trump, even though all who had input (McGhan, Chief of Staff Reince Priebus, Dhillon, Attorney General Sessions and his deputy Rod Rosenstein) saw it as irrelevant and wanted the Russian investigation  language out.

They lost. Trump won.  But maybe not in the long run.

The Comey firing now serves as one of the best examples of the ethically dysfunctional White House, topped off by the admitted deception lying by Press Secretary Sarah Sanders as she lied to the media.

It wasn’t because of Rosenstein and the Department of Justice push for it, nor was it due to the  “countless members of the FBI” losing faith in Comey.

It becomes one of the nuggets in the nearly 500 page document that could lead to real obstruction charges, as it shows how Trump and his aides “advanced a pretextual reason” for Comey’s termination that the report says  “could support an inference that the president had concerns about providing the real reason for the firing, although the evidence does not resolve whether those concerns were personal, political, or both.”

So even though the president on Thursday continued his refrain of “no collusion, total exoneration,” don’t buy it.

Mueller found at least ten “episodes” that could result in obstruction charges against the president.

“Our investigation found multiple acts by the president that were capable of exerting undue influence over law enforcement investigations, including the Russian-interference and obstruction investigations.”

While Mueller was bound by the Justice Department opinion that a sitting president could not be indicted, he realized that doesn’t give immunity to a former president once out of office.  All the more reason to preserve evidence and get witnesses under oath now, since “protection of the criminal justice system from corrupt acts by any person, including the president—accords with the fundamental principle that no person in this country is so high that he is above the law.”

The last line of volume 2, on page 183—Mueller’s bottom line– indicates where we are now.

“Because we determined not to make a traditional prosecutorial judgment, we did not draw ultimate conclusions about the president’s conduct. The evidence we obtained about the president’s actions and intent presents difficult issues that would need to be resolved if we were making a traditional prosecutorial judgment. At the same time, if we had confidence after a thorough investigation of the facts that the president clearly did not commit obstruction of justice, we would so state. Based on the facts and the applicable legal standards, we are unable to reach that judgment. Accordingly, while this report does not conclude that the president committed a crime, it also does not exonerate him.”

And now it appears it’s up to Congress.

It’s clear there’s “serious wrong doing by the president and many of his associates,” said Senator Mazie Hirono in a statement. “If not for existing Department of Justice policy, the Special Counsel had ample evidence to indict Donald Trump for obstruction.”

This isn’t to give short shrift to the first volume of the Mueller report which showed the Russians interfered in the 2016 elections and that that Trump and his campaign were willing to engage and expect benefit.  Once again, the detail from the Russian manipulation of social media, posing as trolls and fake progressive sites, to Wikileaks to Gucifer, it’s all in plain sight. The Special Counsel pursued the Russians, which explains redactions in the first 200 pages of the report. But it concluded it could not prove criminal conspiracy against any Americans with the Trump campaign or the last name Trump.

But to Hirono, the heart of Asian American in the Senate, it’s all on the table.

“Congress has an obligation to act like the separate branch of government it is and conduct serious oversight of this administration,” Hirono said.

But she’s in the Senate, where it takes a 2/3rds majority to impeach, making that route unlikely. Unless Senate and the GOP have a “come to Jesus and democracy” moment.  It could come to that—a bipartisan moment for the good of the country—especially after seeing the shameful performance of William Barr, who comes out of retirement to show he’s the attorney general of Donald J. Trump.

Democrats, the majority in the House, could take charge. But leadership there is more tepid preferring a softer “I” word. Investigations instead of impeachment is preferable, especially with an election just 18 months away.

This is just the first day after the release of the Mueller Report. Every American should read it for themselves. It will take a while for details to sink in.

It’s clearly a roadmap out of our national nightmare.

But it will take some political soul-searching to figure out the best way to restore our democracy.