Let’s have a look at some of the best drones under 200$ that you can find on the market. 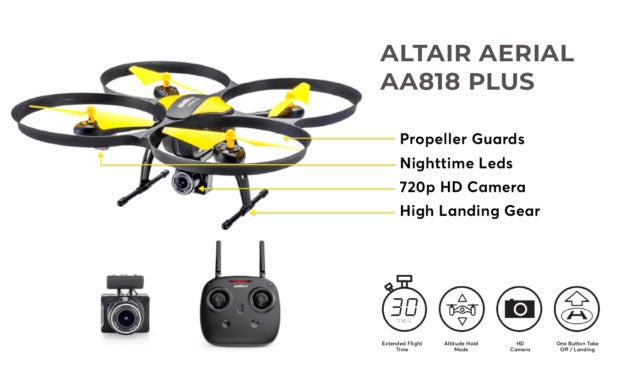 The АА818 Plus from Altair Aerial is a fantastic drone for beginners, which comes with many useful features for less than 200$.

The drone comes with a 120-degree wide-angle, 720P rubber damper HD camera, which massively reduces blur and shakiness in your photos and videos.

A huge plus to this camera is the ability to operate the drone via FPV (first-person-view) from the screen of your smartphone, or through VR goggles (which you purchase separately).

The drone can be controlled with the FlyingSee App by UDI RC, which is available both for Android and iOS devices.

Lastly, the drone uses a battery that has a 15-minute lifetime while up in the air. Altair also gives you an extra battery as part of your drone package. 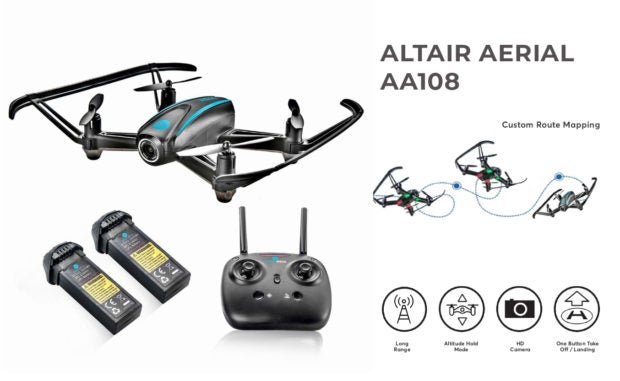 The АА108 from Altair Aerial drone package offers a stunning design, versatile features, and excellent customer service, making it one of the best drones under 200$.

You receive an additional battery for a full flight period of about 20 minutes, and a cardboard cut-out that latches neatly onto the remote controller. This displays all of the drone settings and control functions. 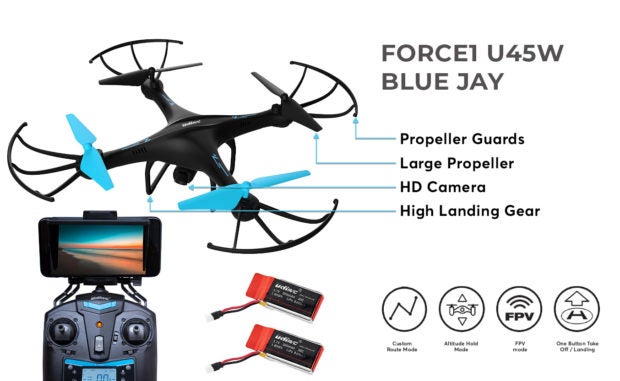 The U45W Blue Jay is ready to fly, lightweight, and assimilates a stylish design, making it one of the best drones under 200$. This drone device is great for elderly and younger users alike. At the push of a button, you can take off and land, so you’ll be it in the air almost immediately. The extra battery included in this drone package can double the length of your fly time.

The drone has a HD camera, which takes photos in 2MP resolution, and videos in 720p.

On top of that, “Headless Mode” is also included, as well as ‘Altitude Hold,’ which are both extremely useful features as drone users quickly find out. Additionally, this quadcopter is FPV-ready.

Headless Mode and Altitude Hold for drones are outlined below: 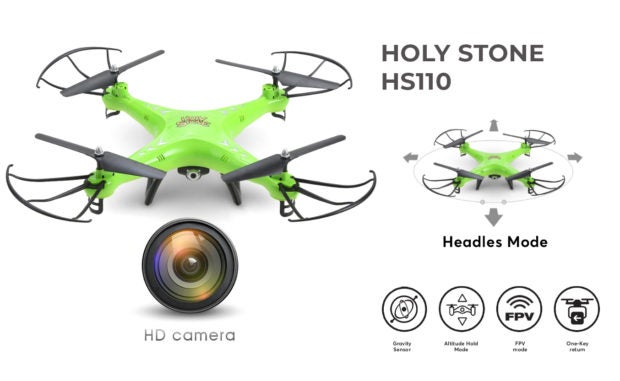 The Holy Stone HS110 is capable of delivering HD FPV functionality in a drone under 200$. It has a 2MP camera and can connect to Apple as well as Android smartphones.

It features a standard headless mode, an altitude function, and a single takeoff/landing button which promotes ease of use. Additionally, it greatly reduces your chances of crashing during critical moments.

However, because of its small weight, the drone can be easily blown by the wind. Further, as a result of altitude hold, you may need a large area to properly land this quadcopter in non-ideal conditions. 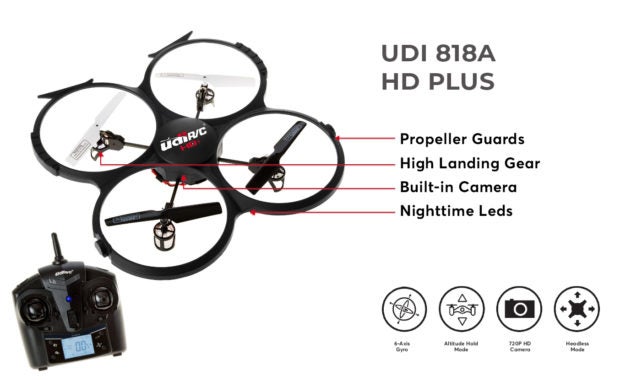 This drone is an upgraded version of the UDI U818A HD. It flies better, has sharper controls, and improved responsiveness as compared to the 8184HD. It also comes with the headless mode for easy learning, in case you’re a novice pilot. The drone has ‘one key’ return home, which helps you recover the drone if it gets lost. It also has two-speed modes; mode 1 is less swift, while mode 2 is a faster flight experience.

The only cons with this drone are its minimal flight time, and that its course can easily be swayed by wind due to its lightweight. 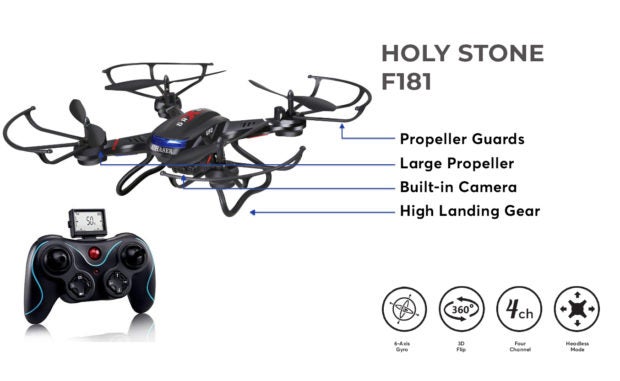 This drone is great for starter pilots, as it has 4 rates, so you can begin slowly and build your way up. However, advanced as well as intermediate flyers can enjoy the drone; at top speed, your drone will truly be flying. 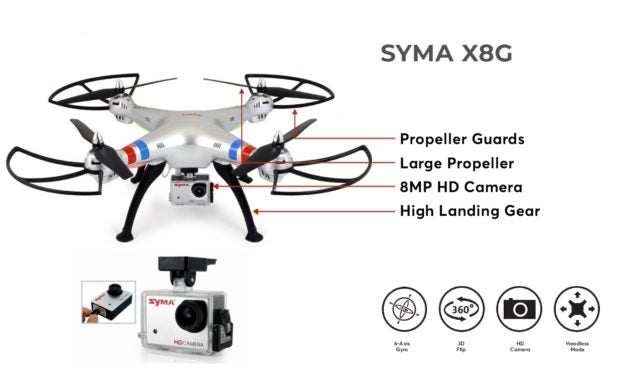 An amazing thing about this drone is that it comes with its own 8 MP Syma HD camera, which can shoot in 1080p (or 720p, if you prefer). This offers you a considerably better image quality over other similarly priced drones.

It supports headless mode, altitude hold, and 360-degree flips. Although the drone has an unimpressive flight time of about 8 minutes, it flies superbly well, even in powerful winds. 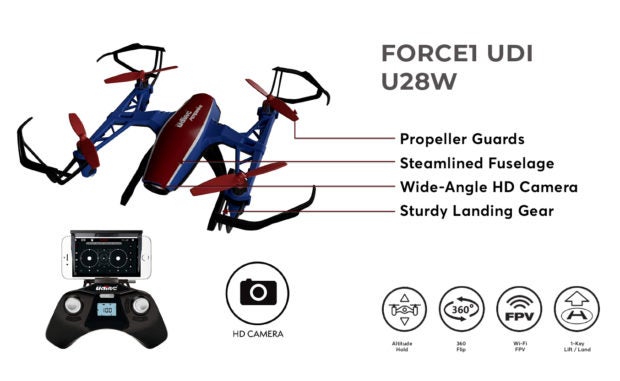 This drone is capable of FPV (First-Person-View) flying and is Virtual-Reality Headset compatible.  As a result of its Wi-Fi FPV technology, you can view the live video feed of your flight from your smartphone.

What makes this craft unique and stand out among the best drones under 200$ is the “Custom Route” mode which is usually found in high-end drones.  This mode lets you trace the path you want your drone to fly along (using the mobile app), and the U28W will follow the path without assistance.

Besides that, this drone has the usual features of its similarly priced counterparts, such as altitude hold, push button for take-off/landing, and 360-degree flips.

The U28W camera is 2MP, shoots in 720P, and has a 120-degree wide angle format, which essentially gives you wider area images. Also, you get an extra battery to double your flight time. Each battery gives about 7 minutes of flight time. 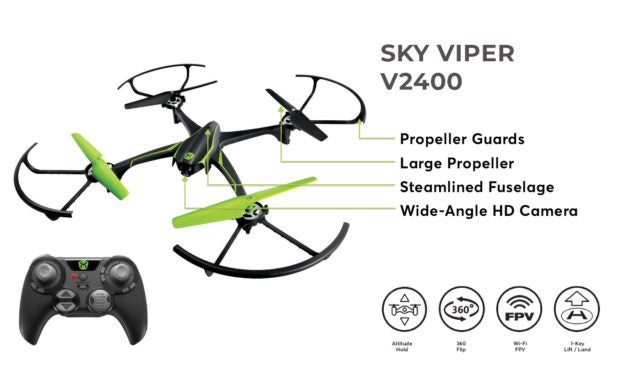 This drone looks amazing and is fun to use. A unique feature with this craft is its FPV functionality. It lets you enjoy the flight and watch videos from the drones POV, thanks to the added headset.

The V2400 has a phone clip in its package that you can use to connect your smartphone to the controller. Once that’s done, download the Sky Viper App and experience the stunts and tricks of this amazing drone.

Generally, this craft is miniature, steady, and one of the best drones under 200$. It features altitude hold and one-touch remote control take-off /landing. You can also effortlessly perform barrel rolls and flips with this drone.

A slight con with the V2400 is that the camera angle can’t be adjusted, but it makes up for this with its large field of view.