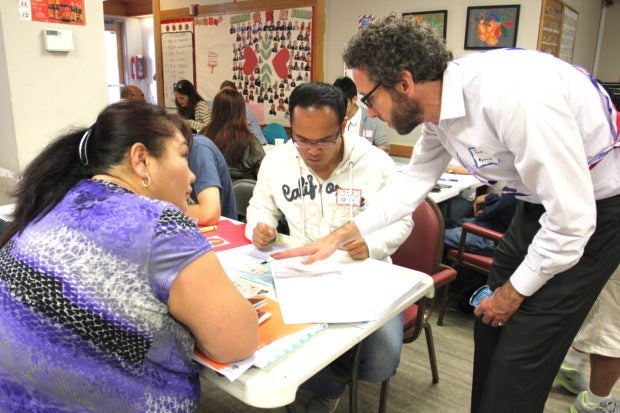 SAN FRANCISCO — Climate change is real.  In this country, specifically, that would be the current political climate, with rhetoric rising from high-level officials lumping immigrants from certain countries as anything from undesirable to murderous.

Post-racial America?  That was a dream quashed even before the first President of African heritage left the White House.  Almost instantly, the “kinder, gentler nation,” or the “shining city upon a hill,” invoked by previous, yes, Republican presidents, seems to have faded.  Focus has shifted to The Wall, palpable and intimidating even as a prospect, to anyone contemplating covert entry into the Land of the Free.  Only for the southern edge of the territory, of course.

The term “immigrant” by itself has become code for outsider, interloper, freeloader — even if the status was acquired legally.  Bigotry is bedfellow to nationalism ignited by this political administration.  Which is why now more than ever, efforts of a coalition of nonprofits could not have been more timely.

Whether or not identifying as “American” is the objective, more legal permanent residents, also known as “green cards” holders, are deciding to take their oath as U.S. citizens.

U.S. citizens may vote, among many rights not available to legal permanent residents.  The right to vote empowers citizens to effect change through the democratic process, immigrants’ advocates emphasize.

Filipino permanent residents cite various reasons for delaying naturalization.  Some chafe at the thought of serving on a jury, seeing it as an inconvenience rather than a civic duty.  Others say they do not want to lose their right to vote in Philippine elections. 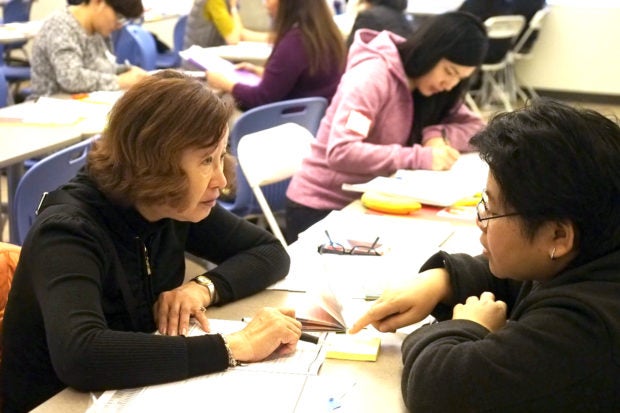 Uy, a former president of the Filipino Bar of Northern California, noted the impact of a citizen petition for family reunification.

“It is much faster for citizens to petition their spouses and children under the age of 21. They can also petition their parents or fiancées unlike legal permanent residents,” he said, with a caveat: “The most important is protection from deportation. In this current political climate citizenship will help protect you from removal from this country. LPRs (legal permanent residents) can easily be found removable for drug crimes, domestic violence and other serious violent crime convictions.”

Individuals ready to exercise citizen rights will have access to immigration lawyers and community advocates who will explain the process of becoming naturalized citizens of the United States, at a free workshop on Saturday, April 27, at San Francisco State University.  The event will take place 9:30 a.m. to 12:30 p.m. at the Mashouf Wellness Center.

Applicants do not need an appointment to get help; walk-ins are welcome.

“We are fortunate to have the collaboration of several nonprofits to make this workshop that has helped 11,000 people through the years,” said Anni Chung, executive director of Self-Help for the Elderly (SHE), a 53-year-old agency born in San Francisco Chinatown that serves mostly low-income minority communities in SF, San Mateo, Santa Clara and Alameda counties.

Applicants get a step-by-step review of the naturalization process that includes:

Applicants are advised to bring the following documents:

While the assistance is free, applicants would have to cover the application filing fee of $725. Payment may be made by check or money order made out to “US Department of Homeland Security.”  Applicants 75 years old or over pay $640.  Some individuals qualify for a fee waiver if they have written proof as receiving public benefits including:

Those who do not qualify for a fee waiver may still get 50% off application cost with valid ID, checking account information such as voided check, bank letter or statement, and proof of income such as 2 months of paystubs or 3 months of bank statements.

‘Slice of the pie’

A Filipino American who gave only her first name, Jennifer, was among the first to get help at a workshop in 2014, ten years after arriving in the U.S. to join her family.  She said she was ”extremely grateful” for the interpretation, legal and application assistance. 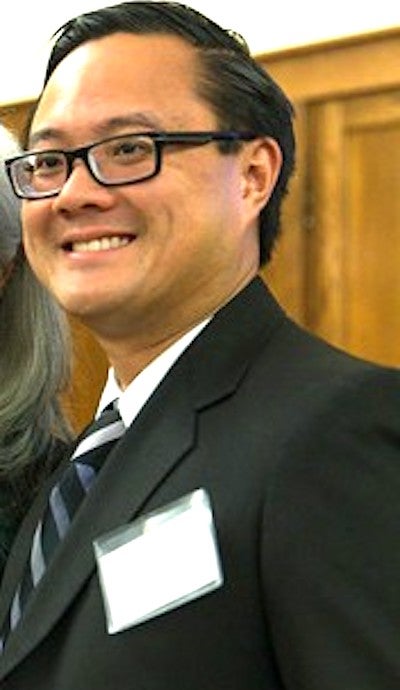 “If the applicant prepares ahead of time, they have no reason to fear the required interview,” she said.  “The application process can be costly, but the applicant may be eligible to receive a waiver for the application, and so should apply without concerning themselves with the price.”

A Filipino American who volunteered at a previous workshop said he was drawn to the event because he wanted to familiarize himself with the process.

“I was not yet qualified because for naturalization the other year because I had not completed five years of residency,” the former volunteer, who requested anonymity, told INQUIRER.NET.  “We volunteers were trained how complete forms correctly and what documents to prepare for the application.  I was able to avoid having to take several trips because I brought all required documents with me when I was ready to apply.”

He would never have known what paperwork was necessary had he not signed on to assist, he said. His father, a World War II veteran, had petitioned for him to reunite under the first preference system for unmarried sons and daughters of U.S. citizens.

“My father wanted me to fulfill his American Dream, something a friend in the Philippines warned me was no longer sustainable in the U.S. economy a few years ago,” the new American said.  “I told him I really don’t expect too much; I just want a slice of the American Pie.”