Acoma Pueblo tribal Gov. Brian Vallo told members of the House Subcommittee on Energy and Mineral Resources at a hearing in New Mexico that not enough is being done to safeguard sacred sites scattered beyond the national park at Chaco Canyon. Many of the sites involve more than just physical features that can be surveyed by archaeologists, he said, referring to the less tangible aspects of Chaco. “Only we can identify these resources,” he said.

Lawmakers including U.S. Rep. Raul Grijalva of Arizona and New Mexico’s Debra Haaland and Ben Ray Luján said they were profoundly moved by a visit Sunday to ancient Chaco dwellings and nearby industrial sites where they used infrared camera technology to view methane escaping into the atmosphere. “You could see the plumes coming out and moving across the sky,” Luján said. “There’s no question that this is occurring.”

The House committee was exploring the possible impacts of air pollution on sacred sites. They also quizzed New Mexico Gov. Michelle Lujan Grisham on her administration’s push to contain emissions of methane through stricter local regulation. 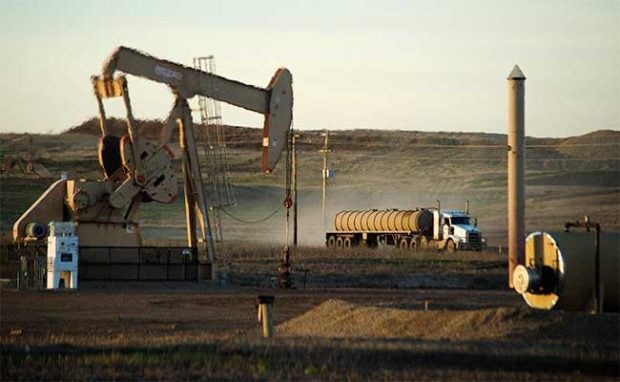 The Trump administration is seeking to eliminate 2016 Environmental Protection Agency rules requiring energy companies to reduce flaring of methane. In response, New Mexico has initiated a process for developing its own regulations to reduce flaring and leakage, while giving oilfield regulators new authority to issue citations and fines.

Panelists on Monday did not include oil producers or Bureau of Land Management officials that oversee federal mineral leasing. Rep. Alan Lowenthal of California said Republican members of the subcommittee declined to attend the field hearing or appoint witnesses.

Oil industry representatives say robust protections already are in place within the national park at Chaco Canyon, and beyond the park, federal authorities including the Bureau of Land Management require detailed land surveys prior to drilling.

“Those archaeological surveys are baked into the process,” said Kathleen Sgamma, president of the Western Energy Alliance that represents more than 300 oil and natural gas companies. “Any development on those leases would have to go through cultural surveys as specified under the Natural Historic Preservation Act and other laws.” She doubts the Republican-led U.S. Senate will endorse the buffer. “It’s largely a messaging thing at this point,” she said of Monday’s hearing.

The proposed buffer zone includes a mix of state, federal and tribal lands — as well as parcels owned by individual Navajos. A significant portion of the land would not fall under the legislation, which calls for tribal autonomy.

There already are more than 130 active wells within that area, according to the Bureau of Land Management. In recent years, federal land managers repeatedly have deferred any interest by the oil and gas industry in parcels that fall within the proposed buffer.

New Mexico has promised to pursue its own moratorium on oil and gas lease sales on state trust land within the buffer zone, at the direction of Democratic State Land Commissioner Stephanie Garcia Richard.

The Bureau of Land Management continues to work with the Bureau of Indian Affairs on revamping a resource management plan for broader San Juan Basin in northwestern New Mexico and southwestern Colorado. It’s one of the nation’s oldest production areas.

The partnership between the agencies was meant to ensure tribes would be consulted and that scientific and archaeological analysis would be done to guarantee cultural sensitivity.