SAN BRUNO, California — “I won’t forget the sufferings I experienced under the Japanese –hunger and other sufferings, as if I am again suffering when I remember those days,” 96-year-old David Tejada said in Tagalog.

Probably one of the only few Bataan Death March survivors still living, Tejada is one of two or three veterans in the Bay Area who were in the 65-mile march from Bagac, Bataan to Camp O’Donnell in Capas, Tarlac.

Tejada was released conditionally but was later picked up by the Japanvand forced to drive a truck in a Japanese-held mining area until the liberation. He later rejoined the Philippine Scouts under the US Army.

Honored with Tejada were other WWII survivors: Alfonso Al Lamata, a San Francisco native who was 17-years-old when he was first assigned to Company D of the 2nd Filipino Infantry Battalion; Mickey Ganitch, now 99 years old and was in the USS Pennsylvania when Pearl Harbor was bombed on Dec. 7, 1941; Johnny Johnson Johngordon who was with the USS San Francisco, one of the most decorated ships with 17 battle stars. 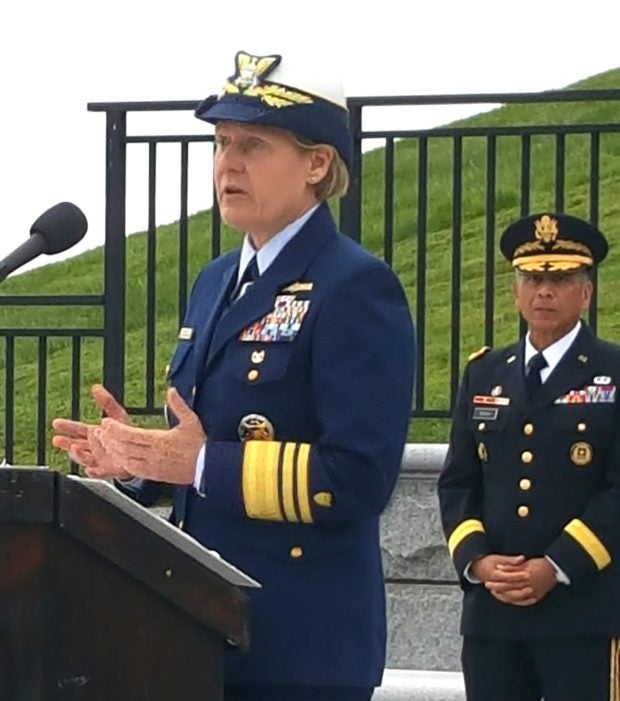 Filipino Major General (ret,) Eldon Regua USA Army Reserve, the event’s master of ceremony, estimated that of about 260,000 Filipino soldiers who served in WWII from 1941-46, some 13,000 are still living and serving examples to the estimated 60 junior cadets from local schools who attended the ceremony.

Keynote speaker Vice Admiral Linda Fagan, U.S. Coast Guard Commander of the Pacific Area, poignantly recalled that 75,000 Filipino and American troops in Bataan were surrendered to Japanese Army on April 9, 1942: “Over 1,600 Americans and about 16,000 Filipinos died of malnutrition, dysentery, and malaria. Leyte was the last major fleet engagement and it was in this battle that Japan’s final naval force was paralyzed in this Battle of Leyte Gulf.” Fagan added that everyone should study the past as it is so important for “a better understanding of who we are as a nation, our common interests and our fellow humanity as we shape our shared futures together.”

Bataan Legacy Historical Society executive director Cecilia Gaerlan reported in her speech that the implementation of the California Department of Education-approved 11th grade public school curriculum framework for the inclusion of World War II in the Philippines has yet to take place in the 66 high school districts and over 1,600 high schools in California.

“In the Bay Area there are some 15 schools in San Jose, Jefferson School District in Daly City, San Francisco Unified, Union city, San Leandro, among others have implemented the teaching of WWII in the Philippines,” Gaerlan said. “This is just the beginning as 90 percent of the work remains to be done. We want this to be implemented throughout the country. It is after all a seminal part of U.S. history.”

Gaerlan is optimistic though that things will move smoothly after the textbooks formally come out and distributed nationally incorporating the changes reflecting the inclusion in the California curriculum framework.

Meanwhile, in another commemoration of the Bataan Death March in San Francisco by Justice for Filipino American WWII Veterans (JFAV), war veteran Porfirio Robea exhorted everyone to “Defend Bataan and the West Philippine Sea.“ 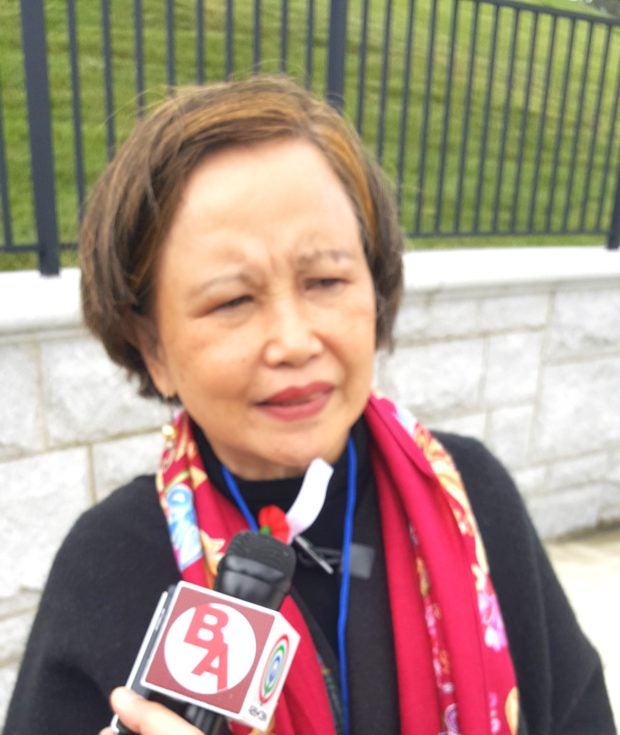 “I fought for Bataan and liberated the country from the enemies. It’s because of the supreme sacrifice of veterans like my fallen comrades and me why you have a country that’s rich in natural resources. Do not simply concede to China. The national territory in its totality is for our people and the future of our children. It’s a source of economic sustenance, security and pride for our people,” declared Robea.