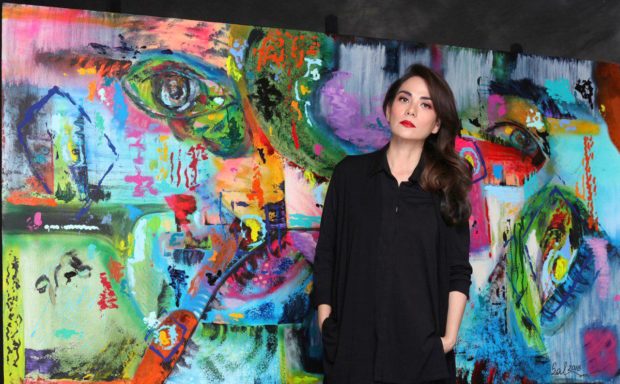 Aside from “Retrospect,” her four paintings, inspired by expressionism namely “Delirious,” “Dream,” “Perplexed” and “Glade” will also be displayed for thousands of art enthusiasts to see. CONTRIBUTED

For her acrylic, mixed media, and diversely textured abstract masterpiece entitled “Retrospect,” she was picked by the internationally acclaimed Agora Gallery New York to become one of its featured artists in the expo.

“My curator for my first exhibit suggested that I should try submitting my portfolio to Agora Gallery in New York. I told myself I had nothing to lose and I did not really expect to be accepted,” Ponce Enrile said in a press release.

She tried her luck despite being a newcomer in the field of arts. “I received several e-mails that led me to different departments, one of which was a long list of questions about me and my work. Still, I figured, I will just keep replying. After this last e-mail, I got another one from the Director, welcoming me to Agora as one of their artists!”

Through Agora, she realized another dream, which was to be able to participate in Artexpo New York, and to add to that, her painting “Retrospect” was chosen as the featured work for this year’s invite. 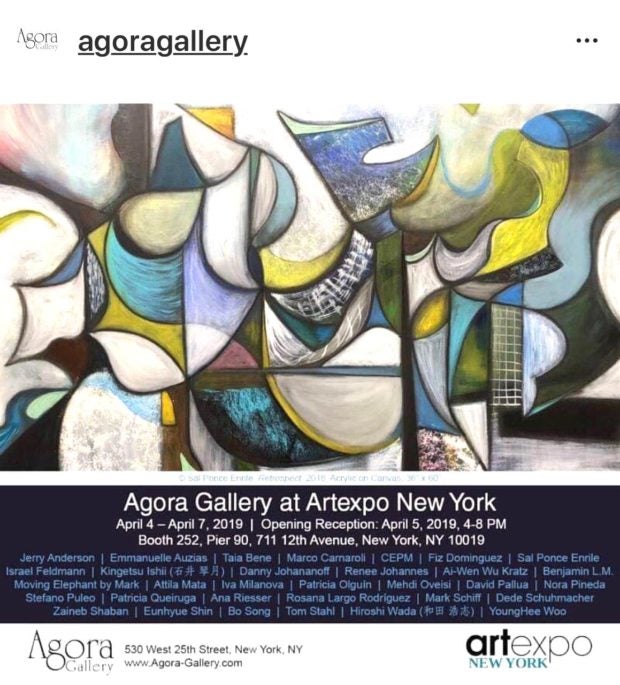 Retrospect, just like her other paintings, are blurred out or grayed over like memories of a forgotten era. The brushstrokes look more like scribbles on a chalkboard, lightly hovering against a dark background. Retrospect showcases her work to controlled chaos, where an overall cohesive effect unites an array of bright colors and energetic brushstrokes.

Aside from Retrospect, her four paintings, inspired by expressionism namely “Delirious,” “Dream,” “Perplexed” and “Glade” will also be displayed for thousands of art enthusiasts to see.

Sal Ponce Enrile’s work has been getting international attention. She was launched as part of UK-based DragonArt.io, a modern legacy platform, in Marbella, Spain in November 2018. DragonArt combines art and technology for artists and art lovers all over the world.

She is joining the ranks of musical legends turned visual artists Brian Travers from UB40, and John Illsley from Dire Straits as some of DragonArt’s featured artists. Her works are also currently displayed in private collections in Germany, New York, California and the Philippines.