A federal judge will hear oral arguments Thursday about whether Musk should be held in contempt of court for violating an agreement with the U.S. Securities and Exchange Commission.

The SEC says Musk blatantly violated the settlement in February when he tweeted about Tesla’s vehicle production without a lawyer’s approval. It’s unclear if Musk plans to attend the hearing. If he is found in contempt of court, Musk could face fines or even jail time.

Tesla released its Q1 delivery and production numbers, and they're not good https://t.co/CuiaNTdHrK pic.twitter.com/p2iHs2ZO9a

Musk’s 13-word tweet on Feb. 19 said Tesla would produce around 500,000 vehicles this year. But the tweet wasn’t approved by Tesla’s “disclosure counsel,” and when the contempt-of-court motion was filed in February Musk had not sought a lawyer’s approval for a single tweet, the SEC said.

Musk said his tweet about car production didn’t need pre-approval because it wasn’t new information that would be meaningful to investors. His attorneys say the SEC is violating his First Amendment rights to free speech. The SEC says the arrangement doesn’t restrict Musk’s freedom of speech because as long as his statements are not false or misleading, they would be approved. 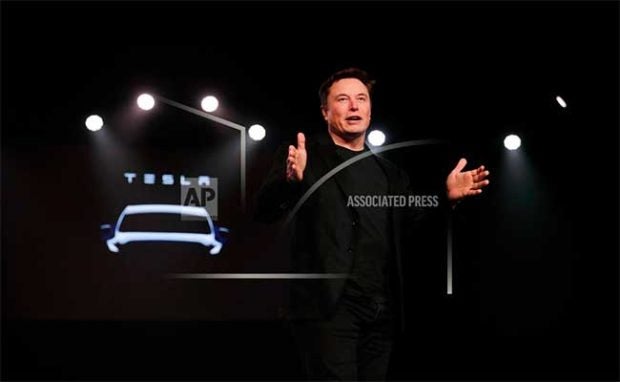 Meanwhile, Tesla’s shares fell 8% in midday trading Thursday after the company said it churned out 77,100 vehicles in the first quarter, well behind the pace it must sustain to fulfill Musk’s pledge to manufacture 500,000 cars annually. Tesla also said it only delivered 63,000 vehicles in the quarter, down 31% from 2018’s fourth quarter.

The issue over Musk’s tweets stems from a settlement reached last year after Musk tweeted that he had secured the funding to take Tesla private at $420 a share — a substantial premium over the price at the time — when he did not. That tweet, last August, sent the company’s stock on a wild ride. The SEC says it hurt investors who bought Tesla stock after the tweet but before they had accurate information. Musk later backed off the idea of taking the company private, but regulators concluded he had not lined up the money to pull off the deal.

Tesla Walks Back Its Plan to Close Most Showrooms

The SEC sought to oust Musk from his role as chairman and CEO over the August tweet. Instead, Musk and Tesla agreed to pay $40 million and made other concessions to settle the case. Musk agreed to step down as chairman for three years and remain in his role as CEO. He also begrudgingly agreed to seek approval from a company lawyer before he tweets.

Musk’s unpredictable behavior has led some to question whether he should remain CEO of Tesla, while others say he’s the visionary behind the company and too valuable to lose. Last year, Musk berated stock market analysts for asking questions about Tesla’s finances and prompted a defamation lawsuit when he called a diver who helped rescue 12 boys on a Thai soccer team from a flooded cave a pedophile. As of Wednesday’s close, Tesla shares were down 12.3% so far this year.