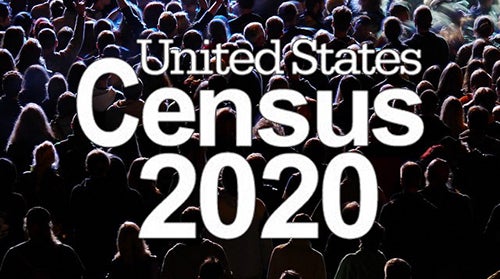 With the 2020 Census three years out, civil rights groups and census experts are sounding the alarm that pending actions by the Trump administration and Congress could severely hamper an accurate count of all communities.

“Congress’ failure over the past few years to pay for rigorous 2020 Census planning, and now the Trump Administration’s insufficient budget request for 2018, will strike at the heart of operations specifically designed to make the census better in historically undercounted communities,” said Terri Ann Lowenthal, former staff director with the House Subcommittee on Census and Population.

She spoke during a national press call hosted by the Leadership Conference on Civil and Human Rights. The call was moderated by Wade Henderson, president and CEO of that organization.

“The decennial census is by far the most important and critical tool in our country to ensure that diverse communities are equitably served with government resources and that the American people are adequately represented at all levels of government,” said Henderson. “The census is required by the U.S. Constitution and policymakers are responsible for making sure the job gets done right. All of us must insist that they do that because there are no do-overs.”
Currently the Census Bureau is being funded at 2016 levels, as Congress has not approved final spending bills for 2017. The bureau has requested a 25 percent “ramp up” for preparation activities. But President Trump’s 2018 budget proposal recommends keeping funding levels where they are currently, $1.5 billion.

Census advocates say this is a crucial time for laying the groundwork and are calling for Congress to reject the administration’s budget proposal in favor of one that covers all preparation activities.

Recently, the U.S. Government Accountability Office deemed the 2020 Census a “high risk federal program,” in part because the U.S. Census Bureau is planning to utilize several never-before used strategies – such as collecting responses over the internet – but may not have the time and resources to adequately develop and test them.

Budget limitations have already hindered major preparations, including the cancellation of tests of new methods in Puerto Rico and on two American Indian reservations, and resulted in mailed tests rather than electronic or in-person ones, as well as delayed community outreach and advertising campaigns.

Advocates say current funding shortfalls will result in many people – particularly black, Latino and rural households, and families with young children – being missed by the count. Arturo Vargas is the executive director of the National Association of Latino Elected and Appointed Officials (NALEO) Educational Fund. He calls the underfunding of the census a major civil rights issue for Latinos and other communities of color.

“A successful 2020 Census is not possible if Latinos are not accurately counted,” Vargas said.

Millions of Latinos, the second largest ethnic group in the U.S., were missed in the 2010 census, including 400,000 children under four, according to Vargas.
For each uncounted person, state governments and communities lose thousands of federal aid dollars, which go to anti-poverty programs, education, infrastructure, emergency services, healthcare and other programs.

An undercount can also trigger changes in political representation – from redrawn district lines, to fewer seats in local, state and federal offices, often diminishing the power of communities of color.

Advocates say that new cost-saving strategies like collecting responses over the internet rather than paper forms require investments on the front end. Delayed preparations cannot be made up later. Surveys administered online may also be hampered by the “digital divide” if adequate field tests are not taken.

Lack of access to broadband and the internet may make it “more challenging to [reach] those historically left out of the census in the first place,” Vargas warns.
The first “high tech” census also opens the door to cyber security concerns, which have been exacerbated of late by evidence of foreign attacks on the 2016 presidential elections. Such concerns could make Americans even more hesitant to participate.

Lowenthal says she and other advocates must be prepared for a “wild card” event, such as President Trump publicly questioning the importance of the census via social media.

“One errant tweet could shake public confidence and in the process depress participation and undermine faith in the results, conceivably all the way to the halls of Congress,” Lowenthal said.

Census advocates are eyeing several other threats to the decennial count and its yearly counterpart, the American Community Survey. The ACS is sent yearly to about 1 in 38 households to collect demographic data on everything from employment and home-ownership to educational attainment.

Republicans in Congress are pushing to make participation in the ACS voluntary which could severely damage the data, says John C. Yang, president and executive director of the non-profit advocacy group Asian Americans Advancing Justice.

“The ACS updates the Census throughout the decade. As such it is required by law and must remain so to provide the vital info needed from our communities,” Yang said, emphasizing that the ACS is the only source for detailed data of ethnic subgroups, such as Vietnamese of Chinese descent.

Census advocates are also on high alert because an unsigned leaked executive order, titled “Protecting American Workers from Immigrant Labor,” referenced a directive to the Census Bureau to collect data on immigration status.

Advocates are alarmed by the intentions behind this unsigned order.

“Latinos and other immigrant families are keenly aware of heightened immigrant enforcement actions in their communities, and this may increase distrust in contact with public agencies including the Census Bureau,” Vargas said.