In Trump’s America, every day Is April Fools’ Day

Are we past April 1st?  Doesn’t matter.

Donald Trump has proposed a new redistricting idea to have Congressional districts carved out in the shape of his silhouette—the actual outline of his full body profile to scale.

“I was doodling on some scrap paper–last year’s budget I think–and as I drew myself, I thought I saw the future of North Carolina,” Trump tweeted in response to the Supreme Court hearing on partisan redistricting cases in Maryland and North Carolina that will be decided in June.

“Now it should be my full body, not just the head, that’s too small,” Trump added. 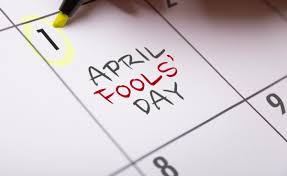 “The head we’ll add to Mount Rushmore eventually. But this is better, especially for 2020. We won’t need to see if a state is blue or red anymore. We can instantly tell by the political landscape, how many Trump-lines there are in the entire country of my fast-food body. You’ll even be able to make out my image from the sky.

“It’s pure genius and would make him like the Alfred Hitchcock of American presidents,” said Jared Kushner, Trump son-in-law in the White House’s “Sycophantic Aggrandizement Division,” known around the West Wing simply as SAD. “Shaping congressional districts in the Trump image is just brilliant branding. From the protruding hair nest to the oversized tie flapping to the shoes he can’t see for his waistline. It’s a great cookie cutter image–like a gigantic white sugar cookie. Maybe a snickerdoodle. We can do this by executive order for sure!”

“So much cheaper than a wall,” Trump added. “The country will be branded in my image across this great nation.”

Now that is called an “April Fools’ Joke.”

It’s satirical, and even plausible — how the president, our narcissist- in-chief, during his morning cable news viewing time, might think of an important Supreme Court issue while doodling on scrap paper made up of last year’s budget.

And at least 30 percent of the U.S. would believe in it. April Fools’ Day is a satirist’s national holiday. A time for jocular jesting. Or it used to be. No more.

The last two years, Donald Trump has stolen April Fools’ Day from news-types looking for a laugh. He’s branded the mainstream media and all those who disagree with him as “fake news.” He’s called the media, society’s traditional fourth estate, “the enemy of the people.” It’s reported to be the Trump campaign theme. He’s even threatened the free speech rights of shows like “Saturday Night Live.” All while putting out his own news through his chosen right-wing conspirators.

It’s taken the gentle humor of April Fools out of the day.  But what the heck, here’s another one for you.

Mueller Report to be released in mid-April to Congress and American public after first being translated into Russian. “After all they’ve been through with the election investigation, we owe a full translation to the Russians,” said the President.

Joke, yes? Or nyet? Russia probably already has the report.

Remember Helsinki? After 12 Russians were indicted by our own Justice Department for cyber meddling in the 2016 election, Trump stood with Putin on an international media stage and was asked to firmly reprimand Putin and asked that Russia never do it again. Trump actually said: “I have President Putin, he just said it’s not Russia. I will say this. I don’t see why there’s any reason it would be.”

Just another way that Trump has spoiled the April Fools’ Fun.

El Prez has normalized the outrageous. He’s made everything plausible now. Trump siding with Putin over his own intelligence agency?

That was in the summer. Look at the Trump Twitter feed on Sunday: “Our detention areas are maxed out and we will take no more illegals. Next step is to close the Border!”

Close the border? In the past, a president would be more circumspect and restrained before making such a statement.

All too real now. Add to all that the real news occurrences.

Fox News refers to Central American countries as “Three Mexican Countries”? Ha-ha? But it really happened this weekend on the official propaganda tool of the White House. Does Fox or Trump still think of the Philippines as one of America’s countries?

And then there are the ongoing top head scratchers of late. Chicago prosecutors drop all felonies against accused fake hate crime perp and “Empire” Star Jussie Smollett?

Rich parents and celebrities rig system, pay hundreds of thousands to get kids into elite colleges?

I’ve always said the Smollett case, where the actor was accused of concocting a hate crime for personal gain, was cut from a Trumpian cloth. That an Asian American lawyer communicated with the Cook County prosecutor, who put in for special treatment for Smollett before recusing herself, is unfortunate. But it does reveal how a sense of privilege exists in America that cuts across ideological lines. Wealth, power, influence. Not supposed to happen in a democracy.

In the college admissions case, rich people didn’t think twice about paying hundreds of thousands in bribes for advantages they didn’t deserve. They just felt wealth entitled them. Among the entitled, at least one named Asian American businessman in California.

And how is any of that linked to Trump? Well, he is the self-serving, self-proclaimed billionaire who is the leader of the free world. He sets the ethical and moral tone of the country, leading by example, with friends like the convicted campaign chair Paul Manafort and personal attorney Michael Cohen. And yet despite all the investigations still in the offing from the Southern District of New York, Trump continues to see himself above the law. He spins the biased-Barr conclusions of the Mueller report as if he’s totally exonerated.

What he should say is “I benefited from Russia hacking our election! Hooray!”

It does give us the sense of America under Trump where our values of what’s true or ethical are so totally out of whack we’re getting used to the news shocks.

So, given all the anti-immigration close-the-border talk from Trump this week, here’s another: Donald Trump proposes to tear down the Statue of Liberty and replace it with his own tower-size likeness holding a gigantic tiki-torch. “We don’t need any huddled masses coming to our country. I am the American Scarecrow.”

See, too real to be an April Fools’ joke. And at least 30 percent of our country would think it’s true and be all for it.

That’s the problem when our leader is the ultimate April Fool.

I leave you with a real bit of news for April First. This is the National Day of Action for the 2020 Census. We are now a year away from the start of the official data count that will determine who gets $800 billion in federal resources and decide how congressional districts are really put together.

“This count is the bedrock of our representative democracy,” said Vanita Gupta, president and CEO of the Leadership Conference Education Fund.

Asian Americans remain the fastest growing group at more than 22 million, with another 1.6 million Native Hawaiian and Pacific Islanders. Filipinos are in there at around 4 million but we’ve slipped to the Asian Indians to be No. 3. Come on folks, start listening to the Pope on contraception and let’s get those numbers up!

And that’s no April Fools’ joke.

Emil Guillermo is a veteran journalist and commentator, and writes a column for the Inquirer North American Bureau. He covered Washington and was the former host of NPR’s “All Things Considered.” Twitter @emilamok. Find him on Apple Podcasts and amok.com