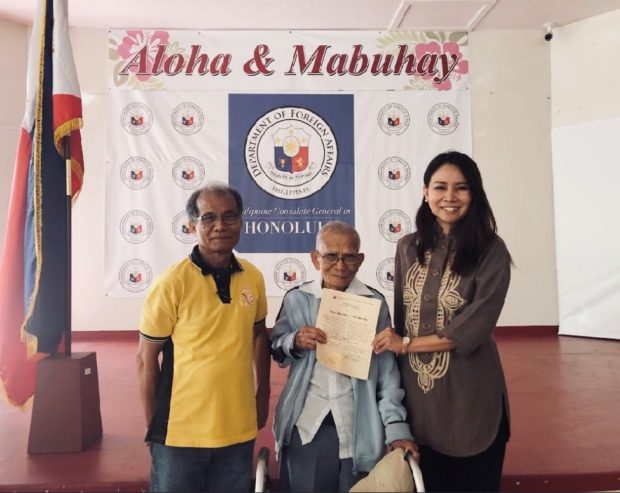 102-year-old Quirino Aglibut Bajet, also known as Victor Aglibut Bajet, is flanked by Deputy Consul General Angelica C. Escalona (right) at the Philippine Consulate in Honolulu, during his oath-taking as a dual citizen on March 7, 2019. CONTRIBUTED

HONOLULU — A centenarian took his oath of allegiance for reacquiring his Filipino citizenship at the Philippine Consulate General in Honolulu on March 7, 2019.

During his oath-taking ceremony, Bajet became emotional, particularly as he sang the Philippine National anthem. His family said that he was very appreciative of the opportunity to become a Filipino citizen again.

Bajet has maintained an attachment to his country of birth, according to his daughter, Remedios Pabo,. 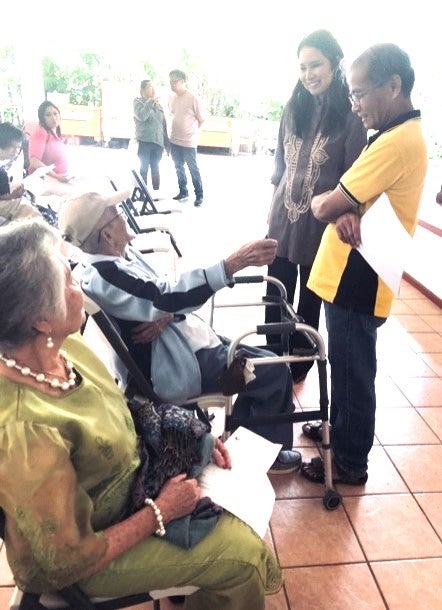 During his prime, he engaged in discussions with fellow Ilocanos in Hawaii. He developed the habit of listening to local radio programs broadcast in Ilocano, and continues to watch Filipino programs on television. His daughter said that he never lost his taste for Filipino dishes such as pinakbet and dinardaraan (dinuguan).

The Philippine Veterans Affairs Office (PVAO) and the Commission on Filipinos Overseas (CFO) informed the Consulate General that Bajet may qualify as a veteran centenarian under the Centenarians Act of 2016 upon reacquisition of Philippine citizenship.