Male nursing student: ‘Proud to be just like my mother’

Male nursing student: ‘Proud to be just like my mother’ 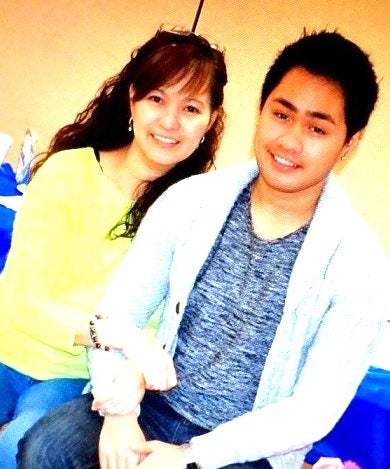 With mom, Mary-Jane Catiis, RN, BSN, who works as an assistant nurse manager on the Telemetry floor of a New Jersey hospital. This photo was taken during Christian’s senior year in high school. CONTRIBUTED

Recently, a good friend of mine interested in pursuing nursing as a major asked me to describe what it is like to be a male nursing student. As I begin my final year of my Bachelor’s of Science in Nursing program, I reflect on the past four years and the lessons learned from experience and perseverance.

Coming from a long family line of nurses, there are many strong, resilient women in my life I look up to. My mother and my ‘tita’ (aunt) have shown me what true compassion and empathy is through their actions. I grew up in a household fostered by nothing but care.

The embodiment of ambition and dedication herself, my mother moved to the U.S. as a registered nurse, aspiring for a better a life for herself, her family, and the children she would later raise. Moving halfway across the world to set a foundation of success to accomplish her American Dream, my mother instilled in me a sense of resilience and ambition. So, when I decided to follow in her footsteps and become a nurse, I was proud to be just like her.

However, I would face barriers in terms of both my gender and Filipino identity.

Coming to college, peers have asked if I was forced to become a nurse because I’m Filipino. With the abundance of Filipino nurses in the U.S., being seen as a Filipino nurse is considered noble by older generations but frowned upon within my generation.

This negative connotation is due to the fact that many younger Filipinos associate nursing almost as an expectation instead of an ambition. Additionally, when fellow students find out that I’m a nursing major, it’s met with a general attitude of disdain; someone even said to me, “You’re just like every other Filipino.”

When I decided to become a nursing major, I knew the journey would be a difficult one. However, what I didn’t expect was an almost lack of respect from my fellow Pinoys/Pinays. Admitting my major to strangers elicits either awkward stares, questions of why I didn’t pursue medical school, and sometimes just blatant ignorance that it is, in fact, important to have male presence in the nursing profession. 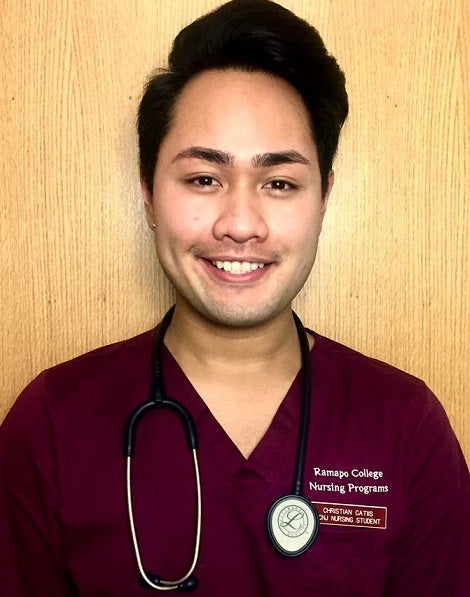 The author, a senior atthe Ramapo College Nursing Program, notes ‘lack of respect from fellow Pinoys’ for nursing students: “You’re just like every other Filipino.” CONTRIBUTED

Being one of the only minorities in my graduating year, in terms of race and gender, there are at times I have felt isolated. But ultimately, deciding to pursue nursing has been one of my proudest accomplishments.

From interacting with patients in the clinical settings and being in theoretical emergent situations in the lab, I’ve learned how to think, plan, and act critically. My capabilities extend much more than a typecast mold of what people expect of me. Instead of barriers, I see my gender and ethnicity as attributes to be proud of.

As a future male nurse, I hope that as more generations of nurses arise, there will be greater diversity not just in terms of gender, but also in religion, ethnic backgrounds and sexual orientations. Being Filipino, I’ve learned at a young age to treat others like family, with love and respect. And with that foundation, I know wholeheartedly that I am not “just another Filipino nurse” nor a “male nurse who should’ve been a doctor.”

I am simultaneously my mother’s son, a future healthcare provider, a student leader and an ambitious and driven individual who, perhaps, uses too much hairspray.

There is obviously awkwardness in being with a male nursing student. For example, some patients in my obstetrics unit have refused my care. But ultimately, as nursing students, we are taught time and time again that one of the basic foundations of nursing is patient-centered care. Regardless of patient bias, I have never seen my identity as a hindrance to my ability to provide quality care. Being a male nursing student means being a student first. My female classmates aren’t learning how to be “female nurses,” just nurses.

These past four years have been filled with struggle, but also lasting memories with patients and lifelong friendships. I have seen myself grow in confidence and critical thinking skills, but above all, I’ve truly learned what it means to be a caring, compassionate person.

So, what is it really like to be a male nursing student? It’s being proud of who you are and who you will [email protected] TheFilam