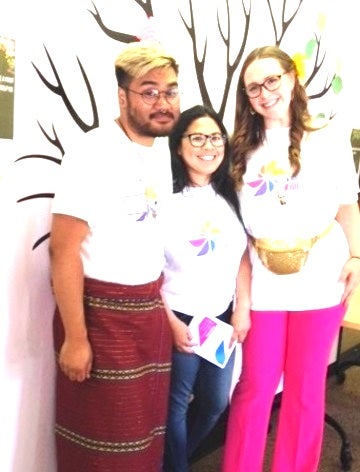 The Center’s three Fil-Am staff led a caravan of stakeholders who at 6 a.m. drove up from the Bay Area Peninsula to echo the appeal of their program director.

“It is clear from client testimonies that the Pride Center is transforming our community for the better,” center head Lisa Putkey said of the funding request at the Mental Health Oversight & Accountability Commission public meeting. 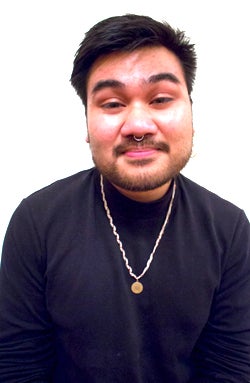 “With additional funding we will be able to strengthen our collaborative one-stop-shop model as a new best practice in mental health to holistically improve service delivery and access to culturally responsive and LGBTQ+ focused care statewide.” Putkey credited the “power of our unity” with the will to “make that known to the State and advocate for sustainability so that we   can continue to grow.”

The Commission voted in favor of the request.

Over a hundred miles west of the Capitol, the rainbow flag flies proudly over central San Mateo, welcoming those who identify as lesbian, gay, bisexual, transgender, queer, questioning, intersex or two-spirit (LGBT+) looking for a safe place to call their own.

The San Mateo County Pride Center rose here in the summer of 2017 on funds from the Mental Health Services Act to “explore a collaborative model to provide mental health and community services to the LGBTQ+” residents. The three-year funding cycle would have ended in 2020 if not for the March 28 mass action that convinced the commission to approve the request. 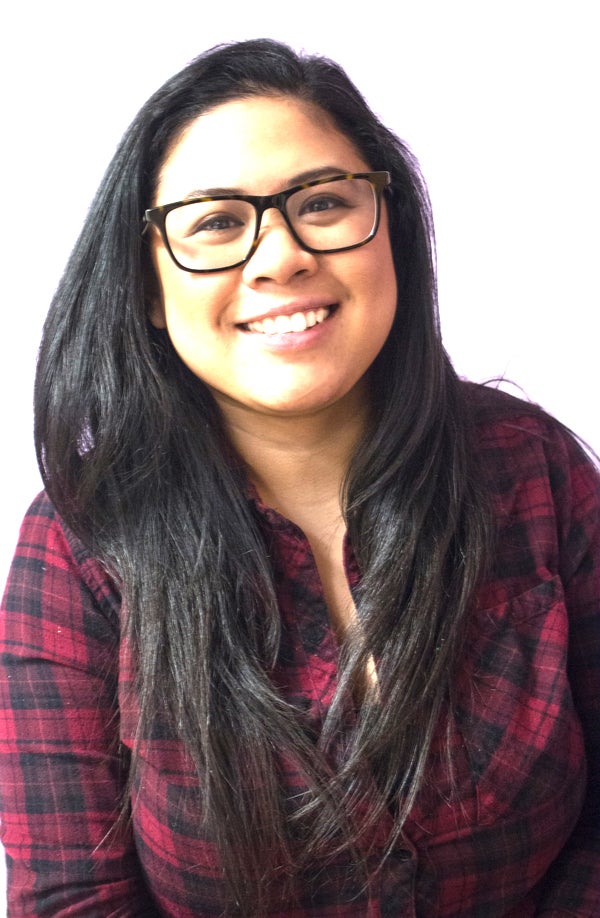 Lowellyn Sunga is the welcoming face at the Pride Center. CONTRIBUTED

The center provides education, counseling, advocacy, and support to youth and adult LGBT+, their families, allies and providers seeking training to enhance their services. It operates in partnership with the Pride Initiative through the County Health System Office of Diversity and Equity and nonprofits StarVista, Outlet Adolescent Counseling Services, Daly City Partnership and Peninsula Family Service. Previously, residents had to go to San Francisco for any form of assistance.

Heart of the center

At the heart of the center are Fil-Ams whose stories are as compelling as the cases they handle.

Youth Program Coordinator Gilbert Gammad has been with the center even before it opened its doors.

Gammad, who self-refers by the pronoun “they,” sought the position to “learn, explore and gain more experience in providing and building support for youth.” They know first-hand what younger LGBT+ are going through in their search for answers to who they are and where they can be true to themselves. 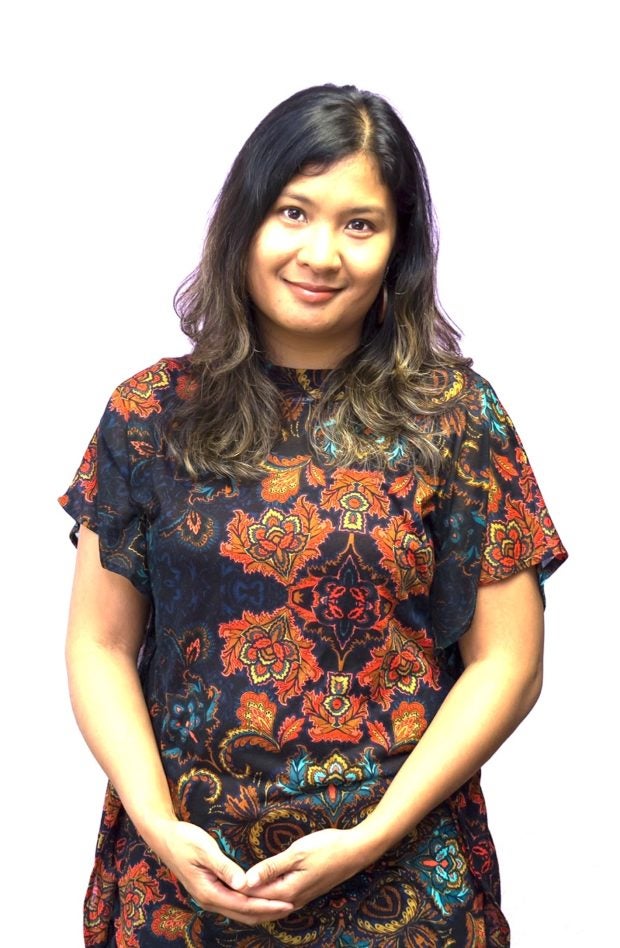 “As an adolescent I struggled with anxiety, self- harm and loneliness because it wasn’t OK for me to be part of the LGBTQ+ community,” said the Berkeley-born child of a military father. “In my family, community and school settings, I received a lot of negative messaging about my sexuality and gender expression that made it particularly difficult to want to go to school, be with others or even want to continue being alive.”

Encounters with bullying and isolation affected Gammad’s mental health, but also led to a  drive for education and work that helps spare youth from similar experiences.

Gammad earned double majors from UC Davis: BA in Evolution, Ecology & Biodiversity, and in Gender, Sexuality & Women’s Studies, which they have utilized in immersing themselves in the field of service.

“Being a supportive adult and providing a space for youth to feel like they can be themselves is something that I hope to continue providing, and the Pride Center provided me an opportunity to do so,” said Gammad, who self-identifies as “Filipinx,” the gender-neutral term for people of Philippine heritage. Gammad also identifies “as someone of Ibanag and Kapampangan descent, as a queer person of color, and as non-binary and bakla.”

Gammad emphasizes identification “specifically with Bakla as an act of reclamation because of its use as a pejorative term throughout my formative experiences as a Fil-Am.”

Although many gay people in the Philippines refer to each other endearingly as “bakla,” time will tell if the label will have the same cachet as “queer,” which US activists reclaimed in the 1980s as alternative to euphemisms adopted by their predecessors.

Administrative specialist Lowellyn Sunga is literally the face of the program, being the first one to take and respond to calls or meets visitors to the tree-shaded offices on 1201 South El Camino Real.

Like Gammad, Sunga said she has found an extended home in the center.

“Growing up, I never had another LGBTQ+ around me; I just had straight friends,” said the San Francisco native. 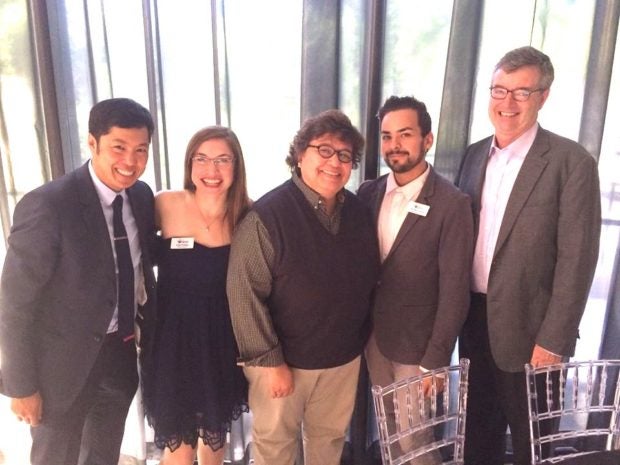 The bright-eyed Sunga learned about her present position from her partner who found the job ad on craigslist and “immediately thought that this job would be perfect for me.” And it is, admits the Psychology graduate from CalState Hayward: “I get to work with people that can relate to me every day and I feel so supported every time I went in to the Center through my peers.”

Wife and mother Christi Morales-Kumasawa found herself at the Pride Center as a mental health clinician with StarVista, the lead partner of the center.

“As a longtime ally, who recognizes the struggles and marginalization of the LGBTQ+ community, I felt it was important to work with this population in order to meet their mental health needs — and to also serve as an advocate and ally for social justice for the community. There are very few Filipinx therapists who are competent in working with the LGBTQ+ community, so I wanted to help fill that gap,” Morales-Kumasawa told INQUIRER.net.

Morales-Kumasawa identifies as heterosexual cisgender—defined as one whose sense of personal identity corresponds with one’s birth sex–female and longtime LGBTQ+ ally.

Viewers of The Filipino Channel would remember her as a news reporter in her early career after graduating from San Francisco State University. The Corpus Christi, Texas, native switched professions after she earned her MA in Counseling from Palo Alto University that led her to StarVista, a 50-year-old service organization helping individuals and adults face life’s challenges.

While she certainly empathizes with her clients, as a professional she knows to be cautious of her unconscious responses.

“I’ve learned that to be a good ally means learning about my own blind spots or biases, and recognizing my heterosexual privilege,” she cited. “‘For example, I will never experience what it’s like to be fearful of being attacked for my identity or sexual orientation. When I recognize biases that are the result of dominant, oppressive social messages — and do my own personal work to transform that programming — I am able to work on being a better therapist to my clients and advocate within the community.”

The center does not have a Fil-Am-specific program as yet, though it has been collaborating with the Filipino Mental Health Initiative – San Mateo County (FMHI-SMC), one of multiple endeavors that started at the County Office of Equity & Diversity under the direction of Dr. Jei Africa. Africa, current Director of Behavioral Health and Recovery Services of Marin County, was a key proponent of the Pride Center and a founding member of the San Mateo County LGBTQ Commission.

“Filipinos continue to be change agents in our communities. I am grateful that the Pride Center exists because every day many lives are saved by its existence,” said Africa, also a Fil-Am and the first openly transgender county behavioral health director in the state and possibly the US.

“She has always expressed interest in partnering with FMHI-SMC on mutually beneficial projects which we are in the process of working on together, specifically a digital storytelling workshop for FilAm LGBTQ+ youth,” said Morales-Kumasawa, current co-chair of FMHI.

“Whenever the Pride Center has events or activities, I make sure to bring this information to FMHI-SMC’s meetings and share this with our members who are Fil-Am. Similarly, the Pride Center has sent staff to FMHI-SMC meetings to see how we can collaborate more. We have similar goals, as organizations, in that we strive for our community members to be seen: to fight for equitable access to health and social services, as well as access to resources, programs and funding that benefits our respective communities.”

Those common goals could raise participation from Fil-Am LGBT+, of whom Morales-Kumasawa says she sees few seeking counseling service. For reasons she knows and understands.

“In general, mental health stigma is pervasive within not only this group but in the Fil-Am community as a whole,” she averred. “The center tries to address these issues by having staff that are Fil=Am, who know the issues and needs of the community, as well as partnering with organizations like FMHI-SMC.”

Gammad said the center tries to reach Fil-Am constituents by developing partnerships in North County like Daly City, where most are known to reside.

“We are able to provide therapy and support to folks both at our site in San Mateo and on school sites. We have been able to speak with youth at different high schools throughout the county who might not be able to access our services at the Center or have difficulty entering LGBT spaces for fear of being outed,” Gammad continued.

Their holistic approach includes serving other members of the family.

“We also offer services that allow parents to come and learn more about gender and sexuality such as through consultation, our annual parent group, and through PFLAG (Parents and Family Members of LGBTQ) meetings.”

Gammad is no stranger to the barriers facing Fil-Am LGBT+ looking for help. They underline “language and acceptance” among foremost challenges.

“Tagalog and the other regional (Philippine) languages don’t have the same concepts and ideas around gender and sexuality that exist within the English language. Along with that, how we simply talk about gender and sexuality in English with the vast variety of words and identities simply isn’t the same in Tagalog where the options are limited because it operates from a different cultural understanding of gender and sexuality and how they exist. Translating experiences like ‘nonbinary’ and other identities over to Tagalog has proven to be a challenge that can make it quite difficult to bridge the cultural differences,” they explained.

Religion, too, can be a barrier to acceptance, Gammad emphasized.

“Spanish colonialism, Catholicism and Christian beliefs that often tout a heterosexist and binary (or strictly male-female) notion of gender and sexuality are prevalent within FilAm cultures and communities that make it difficult for LGBT FilAms to feel safe in coming out,” Gammad contended. Such a climate may leave a feeling of isolation and exclusion, inhibiting many from seeking resources.

“The difficulty in having conversations about these topics, which can often be because of cultural ideas that make talking about personal challenges and issues – as when someone shames you for talking about something by saying ‘walanghiya ka’ – can make it tricky and difficult as well to talk about exploring your identity or even begin the conversation about coming out.”

Despite having acquired a healthy sense of self today, Sunga admits that “there is still a little tension about my sexuality around older folks within my family” with which the center helps people of all background cope.

Their personal journeys guide their work, making them living proof of the transformative power of belonging, which they have just secured for another two years.