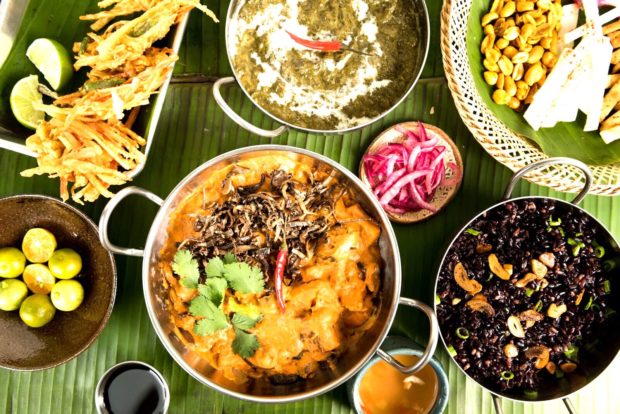 All of the participating food crawl restaurants and the venues for the pop dinners are located in SOMA Pilipinas, the Fil-Am cultural district (from 2nd St. to 11th St., bordered by Market and Brannan Streets).

The event will run from April 1 to 14 and part of the proceeds will fund the Philippine immersion trip of more than 20 students from Balboa High School. The students will learn about their cultural roots and practice Tagalog. Mackerel kinilaw with seaweed granita and roe is one item that will be featured in one of the six Pop Up Dinners this year for “Kulinary Confidential.” ALBERT LAW

The food crawl—composed of special off-menu dishes—can be accessed by purchasing a Tasting Passport. The pop-up dinners—which are single-evening events—are open to ticket buyers.

For the first week, Mestiza, Manila Bowl, and Sarap Shop are the featured restaurants.

Alchemy, collaborating with San Francisco Chicken’s Christian Ciscle, is part of both weeks. 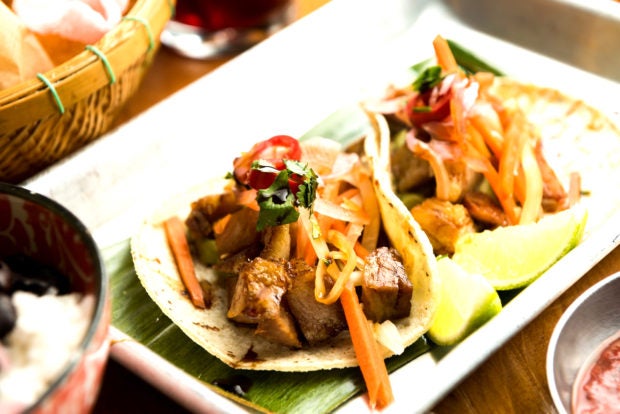 Lechon Kawali Tacos is one of the special off-menu items featured during this year’s “Kulinary Confidential.” ALBERT LAW

Tasting Passport-holders can visit these restaurants anytime during their week of choice and redeem tickets for the special off-menu items created specifically for Kulinary Confidential.

Sarap Shop (located at the Soma Streat Food food park) will offer a mystery bag that contains its signature halo-halo milk tea, an onigiri in a mystery flavor, and other surprise items.

It’s going to be adobo carnitas with dirty rice at Señor Sisig while Alchemy will have chicken escabeche (coconut vinegar-marinated fried chicken thighs) with calamansi tartar sauce on cabbage and tomato salad.

The Pop-Up Dinners will offer a broad range of flavors across multi-course meals with tickets starting at $65.

The first week begins with Rod Reyes of Barya Kitchen. He will prepare a five-course meal of classic Filipino dishes with a modern spin at Trademark & Copyright bar. 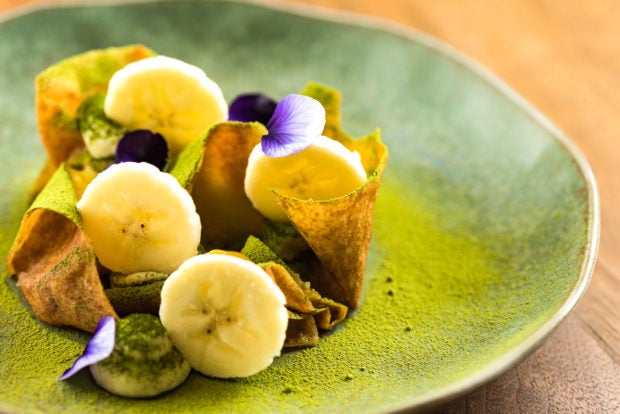 Undiscovered SF is the organizer of “Kulinary Confidential,” a food festival featuring Fil-Am chefs and cuisine, such as this banana turon with matcha. ALBERT LAW

A blending of cultures is the theme for the first weekend. EJ Macayan and Japanese American Hitomi Wada of Ox & Tiger will prepare a Fil-Japanese dinner at Joint Venture Kitchen (a venue for pop-up dinners).

Kicking off the second week is Yana Gilbuena of Salo Series. She will prepare six dishes at Mestiza Taqueria.

The final weekend will have Francis Ang of Pinoy Heritage preparing an eight-course modern Filipino dinner at Picnic on Third.

Concluding the Pop-Up Dinner series is Aileen Suzara of Sariwa, who will prepare a Fil-Indian dinner at Mestiza Taqueria.

To purchase passports and tickets; and for the addresses and operation hours of the food crawl restaurants and pop-up dinner venues, visit UndiscoveredSF.com.