Why Arvin Amatorio wants to be mayor of Bergenfield, NJ

Why Arvin Amatorio wants to be mayor of Bergenfield, NJ 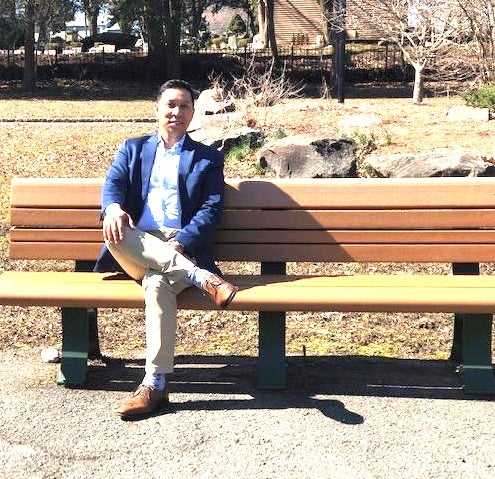 ‘I would like to bring Bergenfield to a different level.’ THE FILAM

BERGENFIELD, New Jersey — At the Bergenfield Boro Park where the freshwater lake lay still and the geese seemed to tiptoe around it, Councilman Arvin Amatorio laid out his plans for the town of Bergenfield.

“I would like Bergenfield to have a light rail transit to cut the hours commuting to New York. It would require a lot of efforts from State officials but I want to start and push the issue. The rest of my programs I am confident I can achieve with the support of my colleagues in the Council.”

Arvin, 47, was voicing plans to bring the town–recognized as one of the safest municipalities in the U.S. – to a different level. He wants Bergenfield to remain a quaint residential suburb ideal for raising a family yet one that thrives alongside a large, dashing city like New York.

Arvin and his wife, Ilya Evangelista, were newly married and lived in Upper Manhattan when they discovered Bergenfield. Only 15 minutes away by car, they frequented the town for grocery shopping. “That’s where we bought our food. It is closer than Jersey City or Chinatown,” he said in an interview with The FilAm. 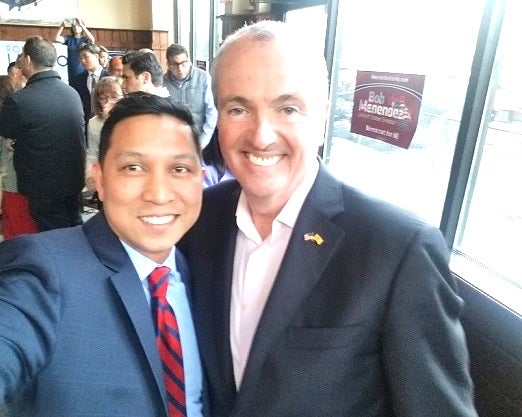 Bergenfield – founded by nomadic Dutch farmers in the 1800s — was where the couple bought their first property. Where they were blessed with two boys, Lance and Andrew. Where his law practice, Amatorio Law, originated. Where his political fortune continues to rise. Where he is now aspiring to become mayor.

Why he wants to be mayor

“This is a great community,” he began. “I’ve seen the changes, the progress, the people. If I were mayor, I think I can do more and better things, or I can do things differently.”

On his fifth year as a councilman – at one time the Council President — Arvin has been given paramount roles. As chairman of the finance committee, he fought tax increases, such that Bergenfield never had to raise taxes for two consecutive years.

“Despite the fact that everybody is trying to increase their property taxes, we didn’t raise property taxes,” he said. “Zero last year, zero this year.” Asked how they are financing their town-wide projects, he said Bergenfield is spending conservatively and collecting taxes efficiently.

“We look for grants and we are successful in our budget preparations. As chair of the finance committee, I make sure those things are happening,” he continued.

Public Works & Parks and Police are his other committees. Arvin is the council’s liaison official to the Rent Leveling Board, the Veterans Advisory Committee, and the Zoning Board of Adjustment.

When his mother was seriously ill late last year, often their conversation revolved around the notion that he would become mayor.

“I would tell her, mom you should get well. I want you to be there when I’m sworn in,” he recounted.

His mother, retired public school teacher Sonia Gomez Amatorio, would pass away In February, unable to witness her fifth child’s further ascent in local politics. Sonia, who married into the prominent Angara clan of Baler, was herself into local politics in the province of Aurora. She was a longtime member of the municipal council. “She gave me some advice,” said Arvin.

There was an outpouring of love at her funeral. Arvin said to himself, “I thought I was popular, but when my mom died the whole town was there.” 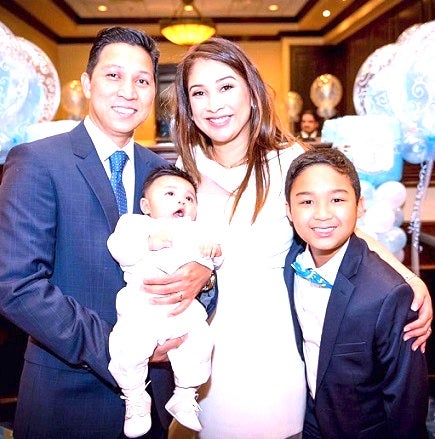 Arvin’s father, Librado Angara Amatorio, was also a public school teacher. In fact, Arvin himself started working as a teacher when he first came to New York, although he had earned a law degree from San Sebastian College. He passed the New York bar and quickly shifted from education to law.

There are at least 5,000 Filipinos in Bergenfield – with a population of about 27K — many of them property owners, said Arvin, dismissing unwanted comparisons with the estimated 20,000 Filipinos in Jersey City.

“It is not fair,” he said to compare Filipinos in both areas who are geographically in close proximity.

Filipinos are the biggest ethnic group in Bergenfield, he declared. “Most Filipinos are professionals. Our household median income is $81,000 and the town’s median family income is almost $97,000.”

Here is how he would dichotomize the Fil-Ams in Bergenfield and Fil-Ams in Jersey City.

“If you are by yourself and you prefer to stay in an apartment with close commute to the city, Jersey City is for you. Many people in Bergenfield live in single detach properties. We have kababayans also who prefer to stay in some of the apartments in our town. For me, what matters is we all come from same ethnic background and it is important for us to be united.”

The Filipino, Arvin proudly notes, is ably represented in the town’s political leadership. Robert Rivas, historically the first Filipino mayor in New Jersey, was Bergenfield’s chief executive from 2000 to 2002. In the current council, there is businessman Buddy Deauna, who won an easy victory in 2016. He owns the Asian Pacific Travel agency that has been in town since 1994. All three are Democratic Party members.

“I didn’t think I would be into politics,” Arvin thought, looking back at how it all began.

“But we are the biggest ethnic community here, and we have this personality where we don’t want to complain. If you attend property tax hearings, very few Filipinos are complaining although they have complaints. I took it upon myself, OK, let me do it, let me try.” © The FilAm 2019