NEW YORK — Three Filipino American chefs have made the list of semifinalists for The James Beard Foundation’s 2019 Restaurant and Chef Awards, sometimes called the “Oscars” of the food world. 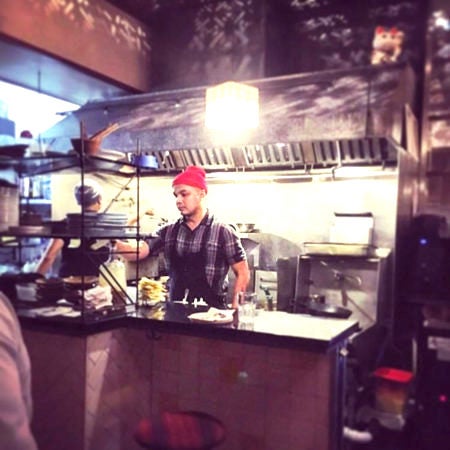 For the third year in a row, Tom Cunanan of Bad Saint in Washington, DC, is once again nominated for Best Chef: Mid-Atlantic.

In an Instagram post, the official account of Bad Saint congratulated its beloved Cunanan and said, “His creativity, vision, and superlative food are the beating heart of this restaurant.”

Cunanan co-owns the restaurant with Genevieve Villamora and Nick Pimentel and collectively, they came up with the menu that have captivated both diners and food critics alike. Bad Saint is named after St. Malo, Louisiana, where the first Filipinos settled in the United States.

The Eater blurb mentioned the challenge to this 24-seater dining destination: its no reservations policy. That aside, eating at Bad Saint is a must. As Bill Addison, the new Los Angeles Times food critic wrote last year, “The payoff: Tom Cunanan’s peerless Filipino cuisine. Inspirations like piniritong alimasag(fried soft-shell crab in spicy crab-fat sauce) also brilliantly signal the Chesapeake region in which he cooks.”

Last January, the restaurant also announced that it is now accepting limited reservations, which means that diners do not have to wait outside for hours, although there will be seats for walk-in customers. 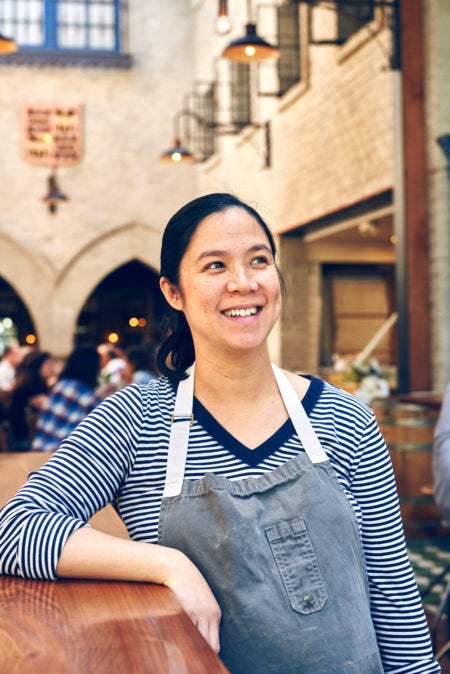 Margarita Lorenzana Manzke and her husband, Walter, run Republique, a French restaurant in the Hancock Park neighborhood of Los Angeles that the couple opened in December 2013.

Last year, Los Angeles Times named it one of the “101 Restaurants We Love” and called Manzke’s desserts as “terrific riffs on classics…so good that you’ll forget to Instagram it.”

According to their website, Margarita oversees Republique’s Pastry Department, bakes the wildly popular breads, and is largely responsible for the success of the daytime Café. In 2017, Margarita and Walter opened Sari Sari Store, a Filipino Rice Bowl Stall, in Grand Central Market in Downtown Los Angeles.

Born and raised in the Philippines, Margarita grew up in the kitchen since her family owned and operated a hotel and a restaurant. Her grandparents founded the Lorenzana Food Corporation, which is famous for its patis (fish sauce), while her parents owned and managed the White Rock Resort in Subic.

After studying pastry at Le Cordon Bleu in London, Margarita enrolled in The Culinary Institute of America in New York, where she received her degree in Culinary Arts.

The couple also co owns the wildly popular Wildflour chain in Manila with Margarita’s sister Ana Lorenzana de Ocampo. They opened the first one in Bonifacio Global City (BGC) back in 2012 and now have five locations across the metropolis. 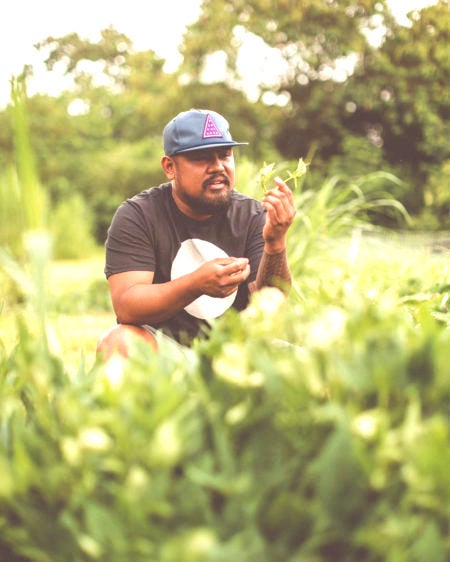 “Words can’t even start to describe on how honored it is to be recognized by @beardfoundation amongst the great chefs and restaurants whom I only have the utmost respect for,” he said.

Simeon opened Lineage, his second solo restaurant in October last year. He opened Tin Roof in Maui, his first venture back in 2016. He was in two seasons of the Bravo reality show “Top Chef,” first in the show’s 10th season in Seattle and in the show’s 14th season shot in Charleston.

Lineage’s menu is a nod to Simeon’s Filipino heritage as well as his growing up years in Hawai’i.

A Hemispheresfeature showcased one of the restaurant’s specialties: lauya, a bone broth soup famous in the northern regions of the Philippines.

“The restaurant is right down the street from several fancy hotels, so we wanted to showcase an off-cut, like beef shank,” Simeon told the magazine, “something that’s going to take time to cook properly.”

“Bone broth with ginger is already warming and soothing,” Simeon added. “We always have herbs left over from other dishes, so we throw those in, too.”

The winners will be announced on March 27 and the James Beard Awards Gala will happen on May 6 in Chicago.