Filipino fast-food manager in Canada hailed for kindness to homeless

Filipino fast-food manager in Canada hailed for kindness to homeless 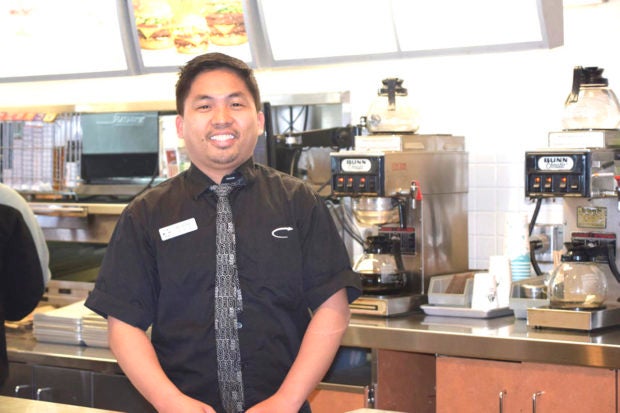 SURREY, BC — A British Columbia news site cited Jestony Pagdunzolan, a Filipino manager of the Salmon Arm A&W, for the way the restaurant he runs treats homeless people, which has gained noticed from members of the public.

When homeless folks come in and have a coffee at A&W, they’re welcome to stay as long as they like in order to stay warm, reported Martha Wickett of Surreynow.com.

“It’s the least we can do to help those guys,” Pagdunzolan told Wickett. “When it’s extremely cold you’ve seen them sitting out there. I’ve heard some stories they won’t allow them inside restaurants,” he told Wickett.

He says he’s never been homeless, but he knows what it’s like to struggle. He came to B.C. from the Philippines in 2012. He says his two-month paycheck in Canada was his one-year pay in the Philippines. “I know how hard life can be.”

Most of the homeless persons who come to the restaurant want to pay for their own coffee and then get the free refills, as they want to be treated like regular customers, Pagdunzolan says.

He and his staff were moved when they received a big Christmas card thanking them for their kindness, signed by The Homeless Family.