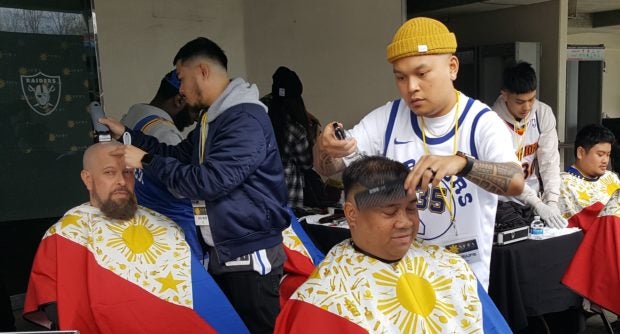 OAKLAND, California — There is not much that connects basketball and haircuts mainly because a hair style does not count in one’s performance in a basketball game.

But in the 10th year of the Golden State Warriors Filipino Heritage Night presented by Tanduay Rum, the Warriors hosted “Sharp Sunday Line-up” where Filipino barbers from the newly established National Filipino Barbers Association (NFBA) volunteered their time and talent to give free haircuts to mostly Filipino Warriors fans at the Oracle Arena plaza area. It was one of the main features before the game between back-to-back NBA Champions Golden State Warriors and visiting Phoenix Suns.

Later during a timeout in the second half of the game, a barber battle featured contestants whose Warriors logo hair design entries were introduced on the floor for a crowd vote. 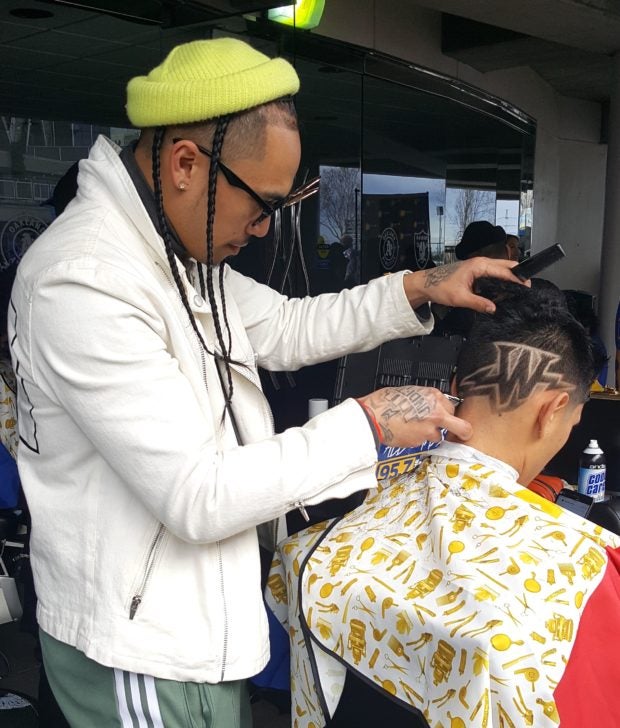 This winning Warrior logo haircut is being fashioned out before it was presented and judged winner by the Oracle Arena crowd won over three other entries at a timeout break. INQUIRER/Jun Nucum

Honey Mallari, wife of NFBA founder Jay R Mallari, said that the idea was started a year ago after doing some work with local barbers collaborated with during their months-long stay in the Philippines. They got inspired and created the NFBA on returning to the U.S.

“With the creation of the NFBA, we are trying to connect the Filipino American barbers with the barbers in the Philippines by supporting Philippine-based barbers by way of giving them tools, resources and ultimately education out there by collaborating with them,” Honey imparted.

Honey added that the NFBA also aims to get the Filipino American barbers to come together, to hold events like free haircuts at least for a day.

“Ultimately, we intend to take the Fil-Am barbers to the Philippines, get the Filipino American and Filipino barbers together and hopefully learn from each other and hold a local free Gupitan event there. There we can also have friendly barber competitions,” Mallari said. 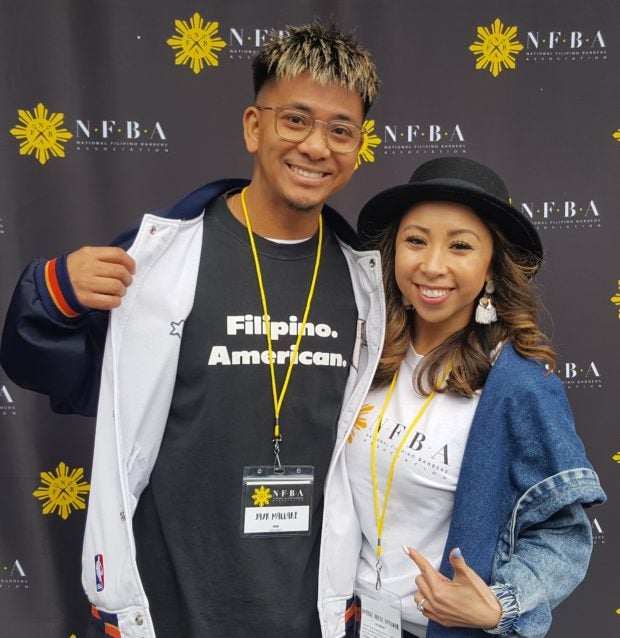 Husband and wife team of Jay R and Honey Mallari started the National Filipino Barbers Association to connect Filipino American barbers not only in the San Francisco Bay Area but also with their counterparts in the Philippines.  INQUIRER/Jun Nucum

Elk Grove, California-based Jessica Foronda, whose parents are from the Ilocos provinces, does not feel odd cutting men’s hair

“It feels good to be one of only two lady barbers in this event. I have always managed to stand out from the rest. I am not the average girl to just to do some girly thing so that is why I gravitated towards cutting men’s hair even in my own shop in Elk Grove near Sacramento,” Foronda explained.

The event also attracted CA that he claims is one of the most diverse cities in the Bay Area.

“I am here to support my schoolmate and friend JR and the others in this Filipino Heritage Night,” said non-Filipino barber Donald Long from Vallejo, California. “Most definitely I will be joining them again in the future. It is blessing to be partnering with the Warriors in an event like this.” Long was cutting the hair of colleague Joshua Pearson, a half-Filipino. 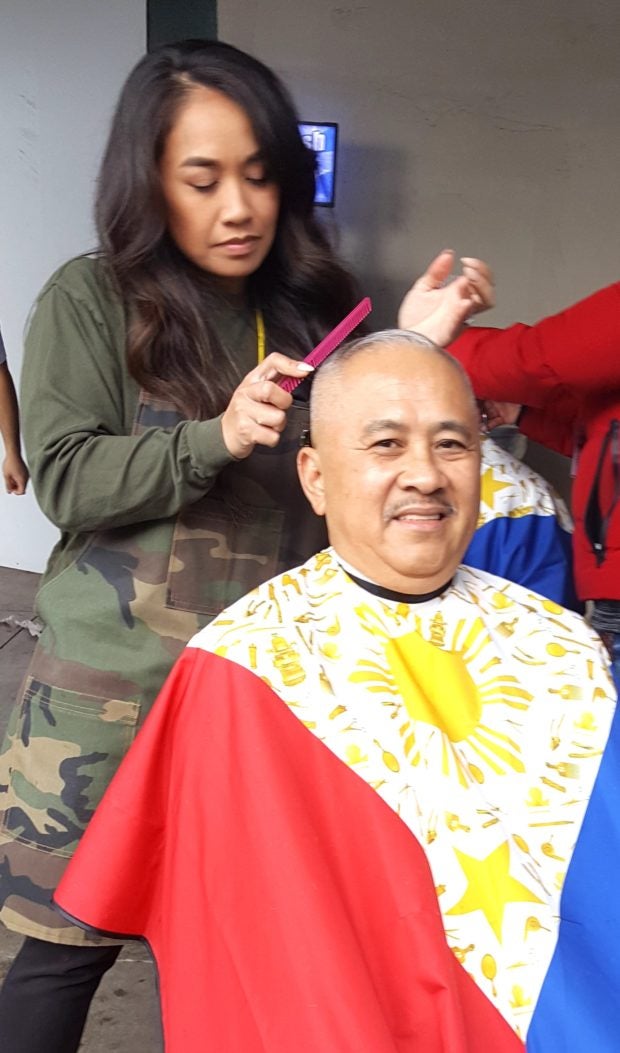 The free haircut event was followed in the much-anticipated Filipino Heritage Night, the last at the Oracle Arena in Oakland before the Warriors move to San Francisco next season.

Senior high schoolers Katrina Apiato and Tecson’s son, Lucas, were also beside themselves in excitement while they wait to enter the playing area floor for their anthem rendition.

“Not in all US cities are Filipinos honored in the same grand way that we are in this great city of San Francisco and the Bay Area. We are truly honored and grateful to the City and the Warriors organization,” Bensurto observed.

As for the game result, the defending champion Warriors bowed to lowly regarded young Phoenix team 115-111 in a tight game that saw Warriors’ top player Kevin Durant suffering a foot injury in the middle of the last quarter. The Warriors have lost 5 of the last eight games.