Villanueva, a Filipino American delegate from Virginia Beach, was indicted and arrested in Chesapeakelast January. He’s accused of making “numerous false, fraudulent, and misleading statements to the Small Business Administration” regarding the “eligibility for participation in the 8(a) program” of SEK Solutions LLC — a firm he’s associated with — as well as the company’s relationship with a supplier, according to a Southside Daily report. 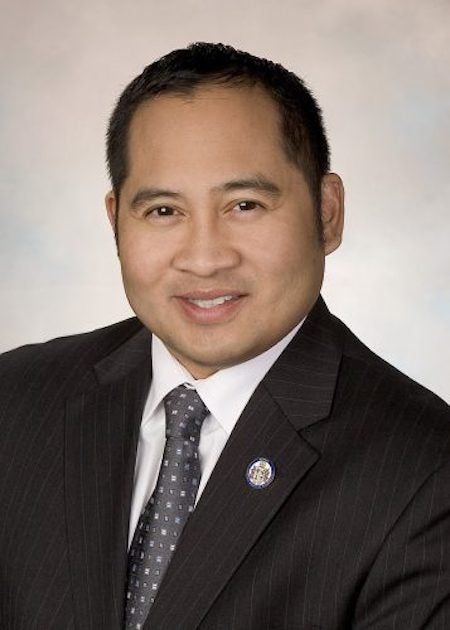 Ron Villanueva, who served in the Virginia House of Delegates from 2010 to 2018, now faces three federal fraud charges. COMMONWEALTH OF VIRGINIA

The SBA 8(a) is a federal program which provides contracting advantages for companies owned by “socially and economically disadvantaged people or entities.” Eligible businesses must be 51 percent owned by one or more women.

Prosecutors charged that SEK is not majority-owned by women because Villanueva and his alleged co-conspirators secretly controlled the firm.

When SEK’s term in the program expired, Villanueva and co-conspirators allegedly created a new company, Karda, to fraudulently obtain sole source contracts through the 8(a) program, and secretly controlled the company to retain eligibility.

The indictment claims Villanueva directed Conspirator-1 to pay a portion of the income generated from SEK into the bank account of one of Villanueva’s immediate family members rather than directly into Villanueva’s account.

According to bank records cited in the indictment, during the period between 2007 and 2014, Vilanueva and his immediate family member received approximately $1,040,000 in income from SEK and Karda.

Villanueva served in the Virginia House of Delegates between 2010 and 2018, representing Virginia Beach. He was released on $10,000 unsecured bond, and is prohibited from leaving the state.