Spiritual battle rages on within the Church 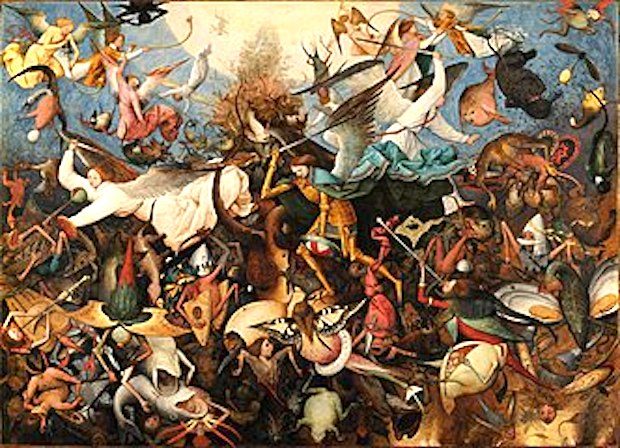 The Catholic Church faces wars of diverse dimensions. The more conventional one involves the tactical use of killing machines and a well-trained military organization.

In his visit to northern Italy in 2014, Pope Francis called the spate of bloody conflicts around the globe a “piecemeal Third World War,” as he condemned the arms trade and terrorism that sow death and destruction, counting innocent children among the victims.

The second type of war involves external forces who throw tirades, attacks, and violent rhetoric on the Church and her members. Though they do not harm the body, this type of vicious attacks are designed to kill the spirit.

The Lord of Lies from the Inferno leads the pack of the most unfriendly forces and vilest critics who attack the Church without letup. This type of war prompted Pope Francis to call those who do nothing but “accusing, accusing, accusing the Church are the friends, cousins and relatives of the Devil” (February 20, 2019).

The third type of war involves the solemn rite of exorcism for those who are victims of diabolical possession. Again, the enemy is the Satan from the bowels of Hell.

The fourth type of war involves the Devil as the powerful “enemy (who) prowls around like a roaring lion looking for someone to devour” (1 Peter 5:8). His brutal and bloody method has been pre-tested in Hell.

The Filipino bishops (CBCP) recently declared that the Devil is the enemy and “the battles that we fight are spiritual” (Ephesians 6:10-17). Satan, the Father of Lies, rears his ugly head every once in a while to make aggressive attempts to destroy the Catholic Church, his back never broken, his fiendish desire unsatisfied.

Satan’s main target is the clergy and he operates so strategically with one focused KPI (Key Performance Indicator) in mind: To put the wonderful band of ordained brothers into oblivion. Why? Because the Holy Priesthood is “the nerve center of the Church’s whole life and mission” (John Paul II, October 27, 1995).

It’s scary. His methods and tactics are a combination of the physical and the spiritual: Divide them, assassinate some, destroy priestly vocation, and hit them hard in their vulnerability. So far, Satan and all external enemies have not succeeded in destroying the Catholic Church.

The fifth type of war is the most dangerous and the worst of all spiritual battles. It involves enemies who are not external but are within the Church, when the evil perpetrators of sins and crimes are some of the shepherds themselves who victimize the sheep they are called to tend.

As Pope Benedict XVI has conceded: “The greatest persecution of the Church doesn’t come from enemies outside, but is born in sin within the Church” (May 11, 2010).

Even Pope Kiril I (played by Anthony Quinn) in the 1968 drama film The Shoes of the Fisherman was honest enough to admit he didn’t know God’s overall plan when he said: “I have no inside information as to how the Kingdom of God is going to be established.”

With all these types of war waging outside and within the Church, we don’t have any inkling of the future of the Catholic Church. But a promise came from the most faithful Spouse of the Church: “The gates of Hell shall not prevail!” (Matthew 16:19).

Finally, Jesus said: “I shall be with you always until the end of time” (Matthew 28:20). Honestly, I don’t know how. I just believe.

Jose Mario Bautista Maximiano ([email protected]) is the author of The Signs of the Times and the Social Doctrine of the Church (Salesiana, 1992) and The Church Can Handle the Truth(Claretian, 2017).