The event will take place at 10 a.m. on Saturday, April 6 at the Golden Gate National Cemetery located at 1300 Sneath Lane, San Bruno, California. 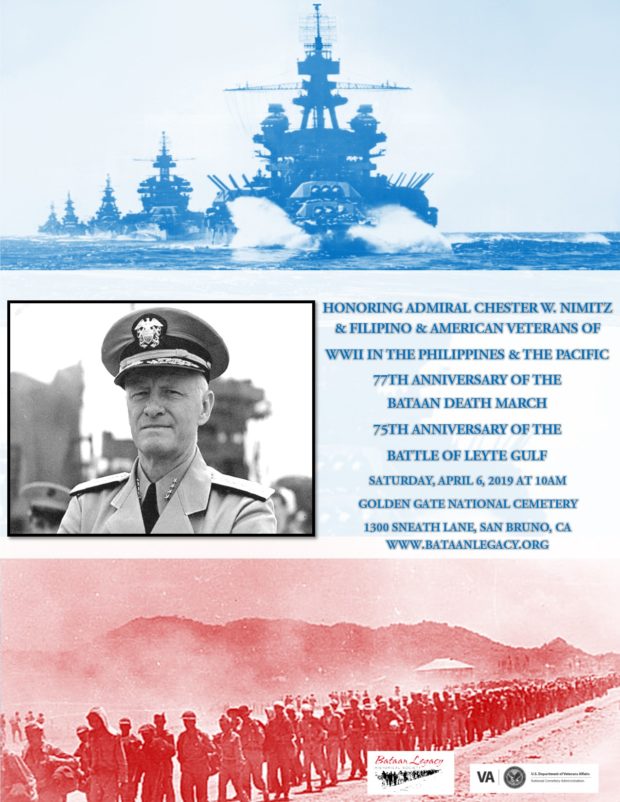 Bataan Legacy Historical Society (BLHS) worked successfully with the California Department of Education to include WWII in the Philippines in the Grade 11 history curriculum framework which was approved by the California State Board of Education on July 14, 2016.

BLHS is now in the process of helping to implement the curriculum framework by working with California high school history teachers to create sample lesson plans in accordance with the California Common Core Standards.

These lesson plans are now available for free through the BLHS website, including primary documents.