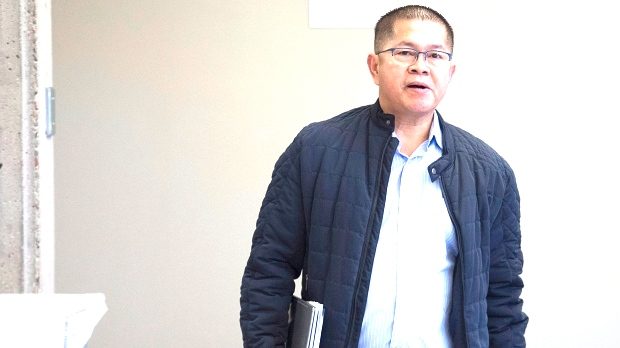 HALIFAX, Nova Scotia – A Filipino businessman here will spend two years in prison for exploiting Filipino temporary workers, as a judge’s warning to employers across the country to “not dare” follow the businessman’s example.

Nova Scotia Supreme Court Justice Glen McDougall sentenced Hector Mantolino, originally from the Philippines, who pleaded guilty in December 2017 to misrepresentation under provisions of the Immigration and Refugee Protection Act.

Mantolino owns several cleaning and maintenance firms that used the temporary foreign worker program to bring 28 workers to Canada from the Philippines over a number of years. 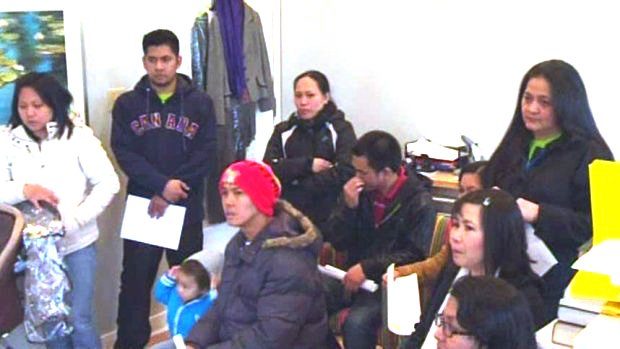 Some of alleged fraud victims of Hector Mantolino during one of his court appearances. INQUIRER FILE

Mantolino paid them at least $500,000 less than their total reported salaries, according to a court document. The were promised a Canadian wage but were paid as little as $3.13 per hour after various deductions.

Mantolino was originally charged in June 2013 with 56 counts of immigration fraud, which were rolled into a single indictment. He told the workers to lie about their wages if they wanted to remain in Canada.

McDougall in passing his sentence considered the length of time the non-payment scheme was in place, the amount of effort by Mantolino to avoid detection, and the vulnerability of people who were “financially and emotionally abused by the offender.”

“What I find most galling is the fact that Mr. Mantolino is himself an immigrant to Canada,” the judge was quoted by the Canadian Press. He said there were about 300,000 temporary foreign workers in Canada, with more about to come, and they must be protected from abuse.