CHICAGO—It’s a mayoral election like no other in the long history of this city’s politics. When incumbent mayor, Rahm Emanuel, announced last fall that he was not seeking a third term, the number of hopefuls to succeed him in the third largest city in the U.S. shot up to 21.

After signed voters’ petitions required from candidates to be certified to be in the Feb. 26 primary elections were vetted, 14 made it to the final ballot. Six African Americans, two Latino Americans and six Caucasian men made history for being the highest number of candidates running for the position.

Two hours after the polling places closed Tuesday evening, it was learned that only 34 percent of the registered voters cast their ballots and concessions came in fast. The winner needed 50 percent plus one, otherwise, a run-off for the top two vote-getters on Tuesday, April 2, would determine the next mayor 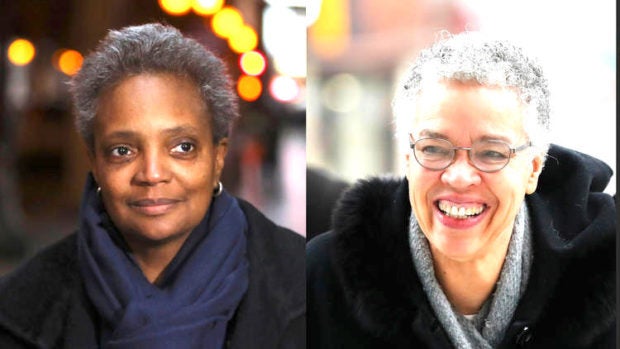 Lori Lightfoot and Toni Preckwinkle made history on their way to the April 2 Chicago run-off mayoral election.

The result is another milestone in the city’s political history: the winner will be the first black woman mayor of Chicago. If Lightfoot makes it, she will also be the first openly gay black mayor in this often-cited as the most segregated major city in the U.S.

He also received the endorsement of major national figures like Howard Dean and Al Gore. But contributions like the $1 million doled out by billionaire Ken Griffin were not enough to push Bill Daley to the April run-off election.

His defeat has a Filipino connection. Jerry Joyce, who landed seventh place with 7.3 percent of the votes, is married to a Filipina pediatrician, Jannine Joyce, who actively worked in his campaign. Joyce’s father was an influential politician who was close to the Daley family. The Joyces had won concessions at O’Hare Airport with the Daley’s blessings. Mayor Emanuel ended that bonanza. Young Joyce declared his candidacy against Emanuel even before Emanuel shied away from a reelection. 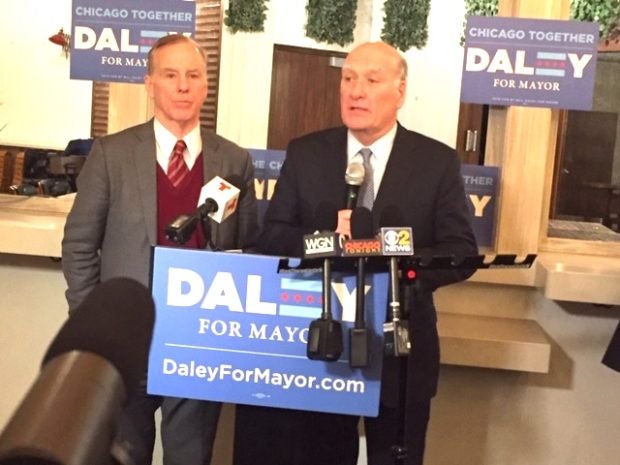 In a Chicago Tribune report, Daley’s campaign manager Jorge Neri did not specifically call out Joyce, but many Daley supporters openly blamed Joyce for playing spoiler, siphoning enough votes from the Daley family’s traditional base to make a difference in the race.

“Jerry thought he had a path, he put in a lot of his own money and he came up shorter than most,” Neri said.

In an interview with Pinoy Newsmagazine last month, a Filipina American campaign worker for Joyce was asked if her candidate would consider throwing his support to Daley in the highly competitive primary, she emphatically said, “No way.”

In the end, both candidates from the toniest Beverly ward, southwest of this city, lost — a hard blow to the Daley political dynasty, which was another historical event.