Ressa urges Fil-Ams to ‘hold the line’ for free press

Ressa urges Fil-Ams to ‘hold the line’ for free press Members and supporters of Malaya Movement at the Philippine Bayanihan Resource Center (PBRC) in Daly City to launch their #RiseWithRessa campaign to defend press freedom and democracy. INQUIRER/Jun Nucum

SAN FRANCISCO — Embattled Rappler Chief Executive Officer Maria Ressa appealed to Filipino Americans like her to “hold the line and not allow historical revisionism to win” as she fights her own battle against social media propaganda accusing her of being an “American out to overthrow the (Philippine) government.”

Ressa’s appeal was read on her behalf by former media colleague Vivian Zalvidea Araullo in a press conference at the Philippine Bayanihan Resource Center (PBRC) in Daly City, California. 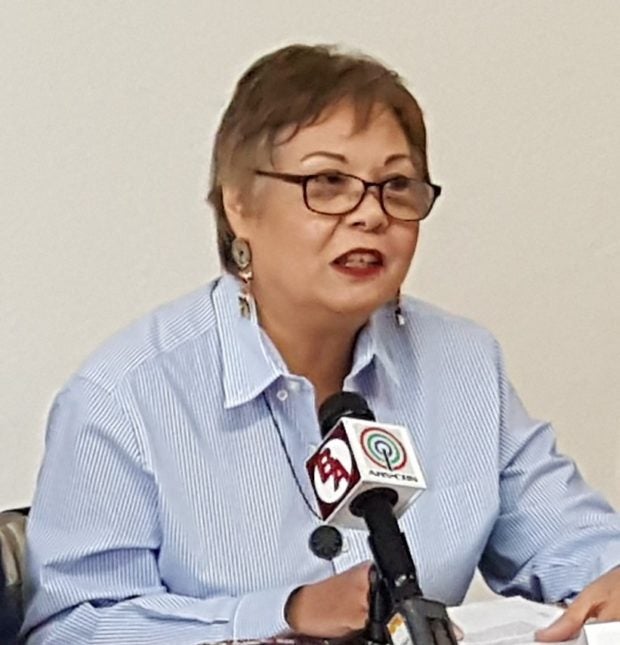 “Disinformation has global reach. When President Trump called the New York Times and CNN ‘fake news,’ a week later, President Duterte called Rappler ‘fake news,’” recalled Ressa who is now also being trolled and labeled as an Indonesian to cast doubt on her right to hold the Philippine government accountable for its alleged abuse of power.

“The Philippines is now the tip of the arrow in a global fight for democracy — from the weaponization of social media against perceived enemies like journalists, to weaponizing the law against Senator Leila de Lima, former Supreme Court Chief Justice Maria Lourdes Sereno, Senator Antonio Trillanes — and most recently, me.” 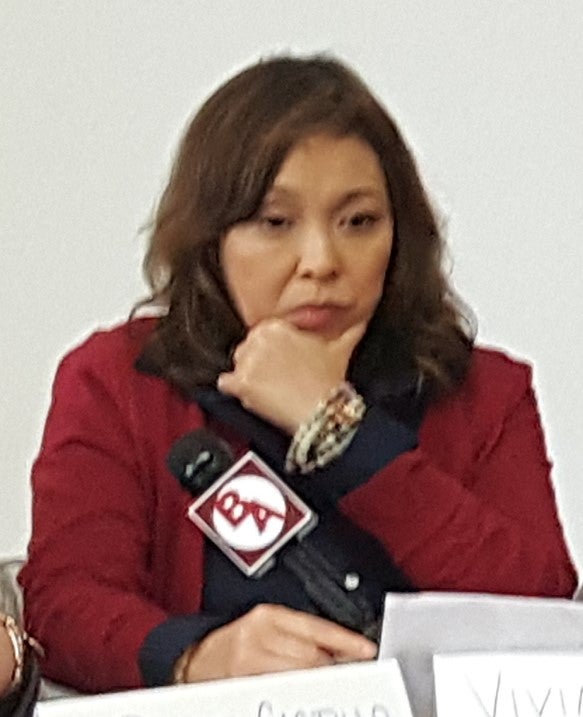 Ressa shared that far from being plainly arrested and allowed bail, her arrest and detention were meant to send a signal that was articulated by an NBI agent to one of the young reporters livestreaming the video of her arrest to “be quiet … or you’re next.”

Araullo claimed that with government harassment of news media Rappler, Inquirer and ABS-CBN “we are back to the times of pre-EDSA revolution. We had We-Forum, Malaya, Mr. and Ms. and Philippine Collegian, these were all the publications that we used to read and consume avidly to be able to get the truth and non-propaganda. What we have now is a fake democracy.”

“Vicious, unabated tirades from President Duterte are addressed to the news media particularly ABS-CBN, Inquirer.net, and Rappler who continue to report extrajudicial killings of suspected drug pushers, human rights violations and even the Catholic Church is not spared,” Chavez asserted. 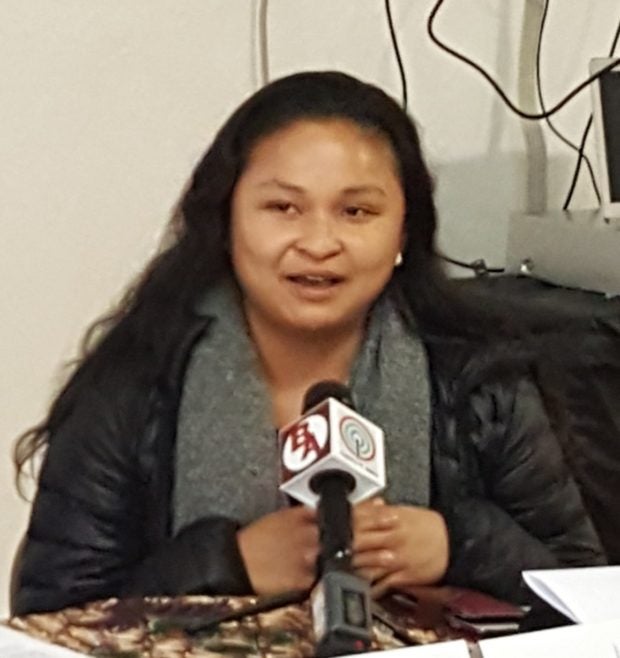 Bayan NorCal’s Katrina Liwanag contend that Fil-Ams have the right to object to how governmental affairs are conducted in the Philippines as their tax dollars are being used to sustain Philippine military and police supporting the Duterte government. INQUIRER/Jun Nucum

Chavez charged that in punishing so-called tax evaders, Duterte does not mean “his close Chinese friends but the media that do not toe the line, as in the case of Ressa, who has had to post bail six times in two months.”

Bayan Norcal Katrna Liwanag said the tipping point for the Filipinos for 1986 EDSA Revolution was the 1983 assassination opposition leader Senator Benigno Ninoy Aquino Jr. She expressed hopes that it would not necessitate another killing to move the people to again go out to the streets to topple a dictator.

“Today under Rodrigo Duterte we see the exact same oppressive conditions and tactics as if taken from the playbook of Marcos. You don’t need to have direct experience to understand what the truth is. We experienced deaths of our friends in the Philippines. That is all the truth that we need. When you hear the stories of the farmers, the workers, it emboldens the youth that whatever is missing from the history books, we will rewrite it though our activism,” said Liwanag.

“February descends again and as a new dictator armors himself with lies, we ask when will the killings, the plunder, and the annihilations of those who resists stop? Beloved youth, armor yourselves like tanks. Aim our weapons of resistance forward the revolution of the people.”