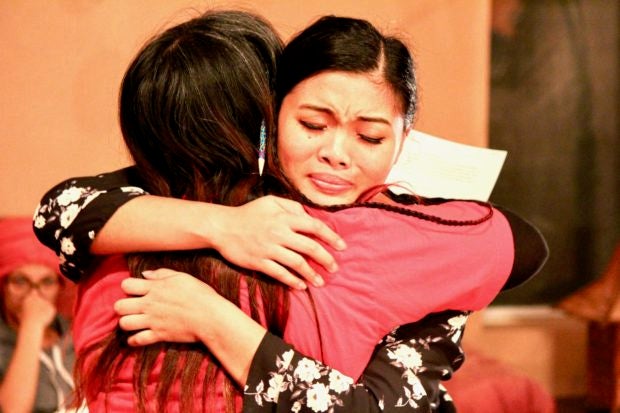 SAN DIEGO, California — A spotlight is being focused on domestic violence in San Diego’s Filipino American community with the play “The Fire in Me.”

In the play, Fil-Am college student Lark lands an internship at a legal clinic for immigrant survivors of domestic violence. When her work unearths memories of her own trauma, she retreats into the world of the Filipino soap opera ‘The Fire in Me.’” 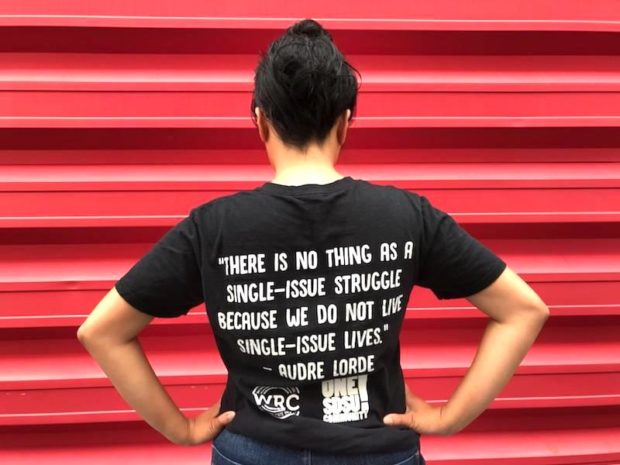 “Fire in Me” is being staged with artistic collaboration from Fil-Am American theater group MaArte Theatre Collective. The group’s founding co-artistic director Christine Nathanson is directing and several of the group’s cofounding members are in the cast.

Fil-Am playwright Thelma Virata de Castro began conceiving this play back in 2017 when she was working on a production with Asian Story Theater titled “Halo-Halo: Mixed-together Stories from San Diego’s Filipino American Community.”

The project entailed writing short scripts based on historical research and interviews with community members.

“A friend asked if I wanted to interview him,” she says. “I was surprised when he shared a story about domestic violence in his family. I later interviewed his mom as well.”

She wrote a short play based on that interview and considered developing another project based on domestic violence.

De Castro was then invited to join the FIRE program, a series of workshops initiated by immigration lawyer Anne Bautista to teach women about domestic violence, advocacy, grant writing and public speaking.

Her involvement in the program evolved into working with the community to write and produce “The Fire in Me.”

De Castro developed the play by interviewing more than 20 individuals.

“In addition, I attended the United State of Women Summit and panels about domestic violence and human trafficking.”

The interview phase took about a year and overlapped with the writing phase. She worked on a draft for about five months.

“I got the idea for the structure of the piece early on … after the first interview. I chose a Filipino American college student protagonist.”

To dramatically balance out the serious and heavy subject matter onstage, she added a Filipino soap opera element “to add humor.” 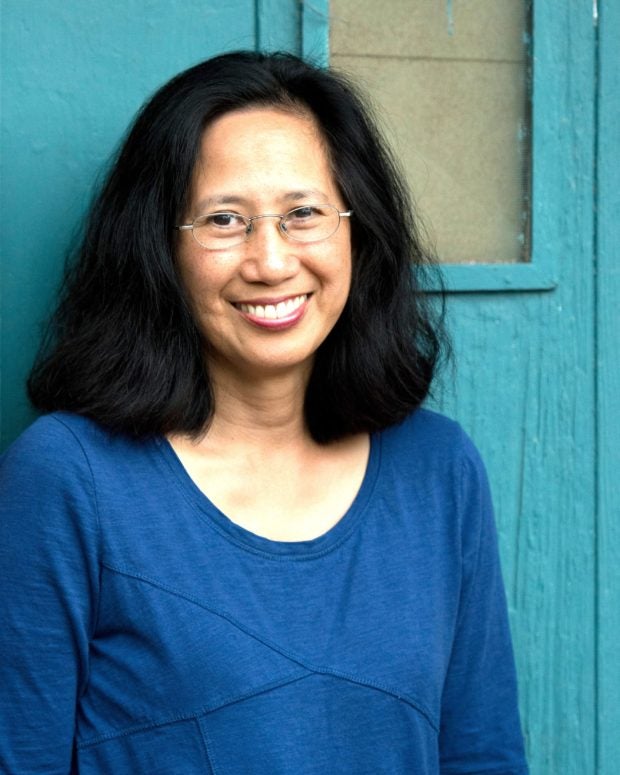 Playwright Thelma Virata de Castro’s “Fire in Me” is about domestic violence in the Filipino American community. JAIME CLIFFORD

Playwrights, a playwrights group who work on joint projects to encourage production opportunities.

All performances of “Fire in Me” this March will begin with communal refreshments.

“Because this is a community engagement project about a challenging subject, we wanted to make it accessible by offering free performances in library spaces and serving merienda,” she says.

There will also be panel discussions following each performance.

“We don’t have plans for future stagings at this time, but since the play focuses on women’s stories, I’d like to explore more about the subject from the perspective of men and boys,” she says.

“It’s in every community, regardless of race, culture, ethnicity, sexual orientation, gender identity and socio-economic status. Domestic violence affects us all.”

The play is produced in partnership with Asian Story Theater and Access (an education, career and immigration agency for San Diego County immigrant and youth).