Had it not been for voter suppression, two veterans of her campaign believe, Stacey Abrams would now be first African American woman elected state governor in the United States.

While Abrams was being broadcast nationwide in her official Democratic Party rebuttal to the president’s State of the Union address, the two Abrams campaign directors were visiting California, looking for young people of color to help in future election efforts. 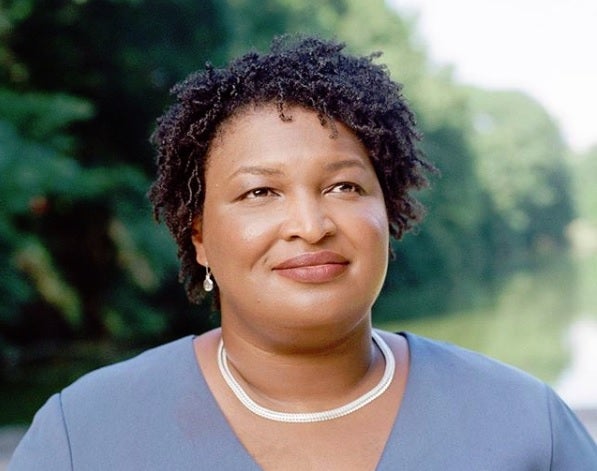 With their Blue Institute, Ashley Robinson, 29, and Genny Castillo, 32, are hoping to fast-track peers into political careers.

Given how diverse the country has become, communities of color need to not only field their own candidates, become active in running campaigns.

In Robinson’s version of Blue Institute’s origin story, she says, “Our candidates and our communities were getting browner, but our staff was staying very white.” When she brought her concerns about this to Abrams’ attention, her boss’ response was:

Since 2015, while remaining part of Abrams’ staff, Robinson and Castillo have also paved the way in the South through Blue Institute’s training programs in how to successfully organize and conduct political campaigns.

On Feb. 9, at the invitation of the Bay Area organization Democracy Labs, Castillo and Robinson offered a daylong demonstration of their work and the theories behind it for alumni of Year Up, a national program that provides basic skills training, primarily to people of color age 18-22.

“Yeah, well, you should do something about it!”

Keeping up with a changing electorate

“The electorate has changed. In the past 50 years, 59 million immigrants have arrived. Nineteen percent of the U.S. population is foreign born, with Asians now outpacing Latinos,” Castillo said.

But crucial decisions on campaign messaging and strategy are too often left to campaign staff that do not reflect and are unfamiliar with the people, needs and interests of the communities they are courting, Robinson and Castillo told the audience.

Deepak Puri, CEO and co-founder of Democracy Labs, who organized the event, said he invited Robinson and Castillo to meet graduates of the Year Up program, which he sees as a potential source for diversifying political campaign staff.

For Robinson and Castillo, it was also an opportunity to take in and see what Georgians might have to learn from California’s diverse, liberal-leaning communities, Robinson said.

“We’re all in this together, so it’s important to share our message and how people of color within campaigns were able to create strategies around the communities they represent.”

Annually, Year Up graduates 4,000-5,000 people from 16 sites around the country after six months of paid training in job preparation skills such as project management, presentation, office training and etiquette, followed by another six months, at least, of paid internships with partner companies, Puri said. But so far, those assignments have not included working in the political realm.

“A lot of candidates,” Puri said, even if they themselves are of color, “realize that to reach out to their communities, you can’t have an all-white campaign staff. It just doesn’t work.”

But young adults from communities where families are struggling just to pay their bills can’t afford to do the volunteer or canvassing work in politics that would give them the training and experience to make them more likely to ultimately be hired for campaign leadership roles.

“Without those skills, you’re never going to get chosen,” Puri said. So, campaigns are disproportionately staffed by people from more privileged backgrounds, who may come up short in understanding the issues of communities different from their own.

Blue Institute is working to change that. So is Christina Pelosi, daughter of Nancy Pelosi, who also made a presentation to the Year Up group, touting her new book “Campaign Boot Camp 2.0: A Seven-Step Guide to Winning” which she describes as “basic training for candidates, staffers, volunteers and nonprofits.”

Among its topics, which Pelosi briefly touched on, were “Define Your Message,” “Know Your Community,” “Build Your Leadership Team,” “Raise the Money,” “Connect with People” and “Mobilize to Win.”

Campaign work moves so fast that people don’t have time to train staff. “You’re flying the plane as you build it,” Robinson said. So resumes should emphasize any experience, however limited, that might apply to an aspect of campaign work — networking, fund-raising, managing people or projects.

Castillo and Robinson described various roles that campaign staff play, distributed a brief assessment survey to help determine what tasks the participants might best be suited for, provided some tips on preparing for life on the road during a campaign and more.

They also broke down the organization and methodology of governance, the role that government and voting plays in everyone’s daily lives and the process and timelines for crafting legislation.

Robinson shared a perspective of communities as “a diverse web of gifts and assets” rather than “complex masses of needs and problems” and described the way a strategist might parse any given community – by its individuals, associations, institutions and physical assets.

“The fortune is in the follow-up,” something Pelosi had emphasized too. “If they don’t answer your email, call. If they don’t respond to your call, show up. The same principle applies when building support for your candidate or cause.”

“The power lies with us,” Robinson said, as the afternoon drew to a conclusion.

Blue Institute and Pelosi both host websites with more information on their strategies: www.theblue.instituteand www.pelosibootcamp.com.