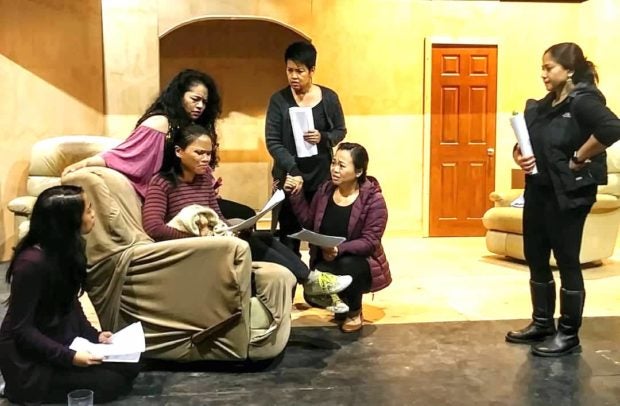 LOS ANGELES — The premise for his new play “America Adjacent” came to Filipino-American playwright Boni Alvarez a few years ago when he read a news article about birthing houses being raided in the Los Angeles area.

“I was fascinated by these women who traveled from abroad, spending thousands of dollars for the sole purpose of birthing babies who [would be] American citizens,” he says.

“The article was about a Chinese-operated ring of birthing houses. For ‘America Adjacent,’ I decided to make them Filipina.”

Presented by Skylight Theatre and directed by Jon Lawrence Rivera, the play imagines what life is like for six women from the Philippines who have risked everything and paid large sums of money to give birth to American children.

In a statement, the play is described as “an examination of the American Dream, how it is manufactured and marketed abroad. As the women endure being sequestered and squeezed into a one-bedroom condo with only one bathroom in Hollywood, hiding illegally with expired tourist visas, will the risk pay proper dividends?”

Based on real events

Although the characters are fictional, Alvarez grounded his play in real-life parameters. 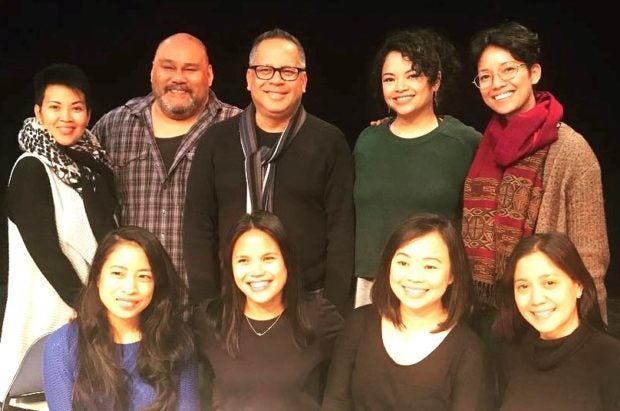 “[Writing the play] did require research, specifically on logistics and timing. How early do these women arrive and depart, types of visas and how long they are valid, how long new passports take to get processed, the specific laws which make birthing houses illegal, etc.”

With these details out of the way, Alvarez could work on larger issues in his play.

“I’m always interested in the American Dream, what it is and if it is achievable.

“With the shift in the political climate in America as of late, is the American Dream the same or has it shifted and in what ways? Are the hardships and sacrifices that people endure worth the pursuit of achieving such a dream?”

For this world premiere, the entire cast is comprised of Filipino-American actors.

Playing the House Administrator who keeps the women in check and the house under the radar is Hazel Lozano. Recent credits for Lozano include playing Iago in “Othello” (Griot Theatre), an Australian misfit in “Got You” (Exit Strategies/Raze the Space), and a wannabe mermaid in “Of Government” (Son of Semele).

Evie Abat plays Manila socialite Janelle May. Abat’s recent credits include Emilia/Brabantio in “Othello” at The Actor’s Center, Reggie Fluty in “The Laramie Project” at The Secret Rose and Leelee in “Bloodletting” at Atwater Village Theater.

Loud and spoiled Paz is played by Toni Katano. This Southern California native studied at the Strasberg Theater Institute and has produced plays with Sixty-Six Theater. Upcoming projects include “The Florist” and “Nanay Ko.”

Country lass Sampaguita is played by Samantha Valdellon. This New York native’s recent credits include “Twelfth Night,” “Failure: A Love Story,” (Coeurage Theatre), “Fluffy Bunnies in a Field of Daisies” (The Infinite Monkey Project) and “The Brahmin and the Tiger” (here&now theatre company).