If you are a huge fan of the Marvel superhero films like I am, you may have heard of Los Angeles-based graphics art designer Anthony Francisco.

I recently had the awesome and rare opportunity to meet Anthony, a gifted visual artist, during his visit to Manila during the Graphika Manila Conference at the SMX Convention Center of the Mall of Asia in Pasay City. This annual conference, which is now over a decade old, is considered the Philippines’ foremost gathering of creatives and now draws over 25,000 attendees, including students, local graphic arts industry professionals and exhibitors. 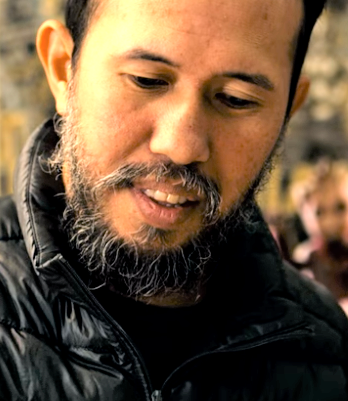 ‘Black Panther’ is nominated for an Oscar for Best Costume Design by Anthony Francisco. YOUTUBE

Anthony, one of the graphic designers who displayed some of his work for Marvel Studios, shared with the audience his journey to becoming a Marvel Senior Visual Development Artist.

I learned how Anthony, who was born and raised in Cubao, Quezon City, came of age during the years of President Ferdinand Marcos in the ‘70s to ‘80s. At age 17, he along with his family immigrated to America by way of a petition; he served a short stint in the U.S. Navy. He felt that military service wasn’t his calling, so he decided to pursue a career in art design.

According to NextShark.com, after taking up some art classes, Anthony jumpstarted his profession as a creature designer and initially only wanted to create monsters because he was a huge horror film fan as a youngster.

His first big break came when he attended a creature sculpting class and met Alec Gillis, co-founder of special effects studio Amalgamated Dynamics, Inc. (ADI), which has done work for such Hollywood blockbusters as “Aliens,” “Jumanji” and “Starship Troopers.” This moment helped to open a much wider world for Anthony in filmmaking.

By the time he was 23, he was given his first occupation as a graphic designer in Hollywood, contributing his visual talents to now-modern classics as the first “Spiderman” film with Tobey Maguire and even Mel Gibson’s 2004 biblical epic “The Passion of the Christ.” 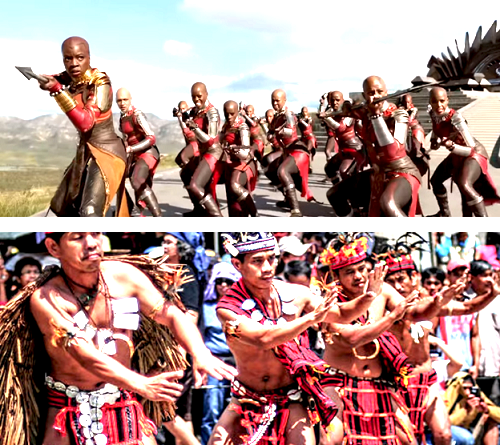 In the early 2010s, he finally hooked up with Marvel Studios, which has now produced the most record-breaking superhero movies in Hollywood history. Being a member of the studio’s visual development team has given Anthony — now in his early 40s — the distinct honor of designing some of the most beloved superheroes in today’s pop culture, most notably Baby Groot in 2017’s “Guardians of the Galaxy Vol. 2” and the noble Wakandan warrior Okoye in the Oscar-nominated “Black Panther,” one of the highest grossing superhero pics of all time.

During his panel session, we were all so amazed to hear how his own children had served as the inspiration for Baby Groot. The way he described how his son’s physical mannerisms and “street dancing” directly influenced the illustration of the Baby Groot character was nothing short of adorable.

It was an even bigger revelation when Anthony described how the indigenous Igorot and Ifugao tribes in the northern Philippines had served as a partial inspiration to him in drawing the costumes for Okoye and the Wakandan women soldiers. He had also borrowed elements of African and even Native American tribal attire to create something totally unique and original for the Wakandan warriors.

It is noteworthy that “Black Panther,” which is one of the Oscar nominees for Best Picture this year, is also nominated in the category of Best Costume Design. Should the film be lucky enough to win in this category at the Academy Awards to be held later this month, as well in a few other nominations, then that would truly be a milestone moment which Anthony, and so many others in the Fil-Am community, can truly be proud of!

“It’s a crazy feeling,” he has said in interviews, “to see my designs up on the big screen.”

The fact that so many cosplayers at comic conventions around the world dress up as characters wearing costumes with designs conceived by Anthony is alone a gratifying accomplishment for him. We can only expect more exciting work from this incredible Pinoy visual talent.