Schools in Alberta, Canada to offer Filipino language classes in 2020

Schools in Alberta, Canada to offer Filipino language classes in 2020 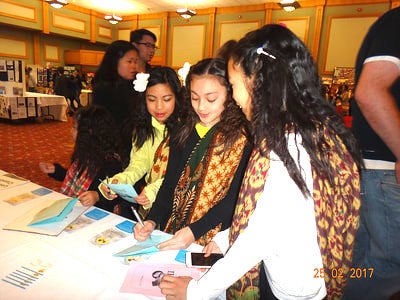 CALGARY, Alberta — Families who want their children to learn Filipino at school in this province could have more access starting 2020.

Alberta Premier Rachel Notley announced Thursday, Feb. 7, that the provincial government will launch a K-12 Filipino language and culture program for interested schools by next year.

Some districts, including Edmonton Catholic Schools and Leduc-based St. Thomas Aquinas Roman Catholic Schools, already offer locally designed Filipino classes in a few schools. The provincial program may expand them to younger grades and more locations, for any school districts that decide to offer the program, according to the Calgary Herald.

Education Minister David Eggen said demand made him decide on Filipino as the next program. “I’m feeling excited just talking about it,” he said. “It’s not just the language. Language is where culture resides, and also, teaching language is a sign of respect and acknowledgement.”

According to the Calgary Herald, Filipino would be the ninth international language covered by provincial curriculum in Alberta, joining Arabic, Chinese Mandarin, German, Italian, Japanese, Punjabi, Spanish and Ukrainian. Provincial curriculum is also available in English, French, Blackfoot and Cree.

There are 170,000 Filipinos living in Alberta. Filipino/Tagalog was the second-most common first language of Edmonton, Alberta residents, following English — 32,355 residents or 3.5 percent of the city’s population, according to the 2016 census.