SAN FRANCISCO — It’s a Valentine’s Day date with Filipino American theater group Bindlestiff Studio as it begins its 2019 installment of “The Love Edition.”

The show features new short plays “about love, heartache, and the weirdness in-between.”

This year’s theme is “Falling Hard,” with four of the six plays written by Filipino-American playwrights.

In Abigail Pañares’ “All and Then Most, Some and Now None,” the site is a funeral home. The people are Anna and Jake, who used to love each other. The time is two years after they stopped. Directed by Judith Ferrer.

Mary and Chris tell a love story that endures across space and time in Conrad Panganiban’s “Devoted,” directed by Lorenz Gonzales

Baseball pitcher Frankie tries to dig himself out of a slump on and off the field in Chris “Burd” Quines’ “All Bets Off,” directed by Joe Cascasan

The other two plays are Pacita Rudder’s “Red Roses Floating” (directed by Lauren Garcia), where Azalea is deeply in love with Nana but finds that they might see the world differently; and George Smart’s “You Don’t?!” (directed by Ely Orquiza), where relationships are explored through the couple Rob and Dale one day after gay marriage is legalized in Vermont.

Conceptualized by Bindlestiff artists Chuck Lacson and Raf Lim in 2006, TLE serves as an opportunity for emerging talents to get their feet wet in the theater disciplines onstage and backstage. 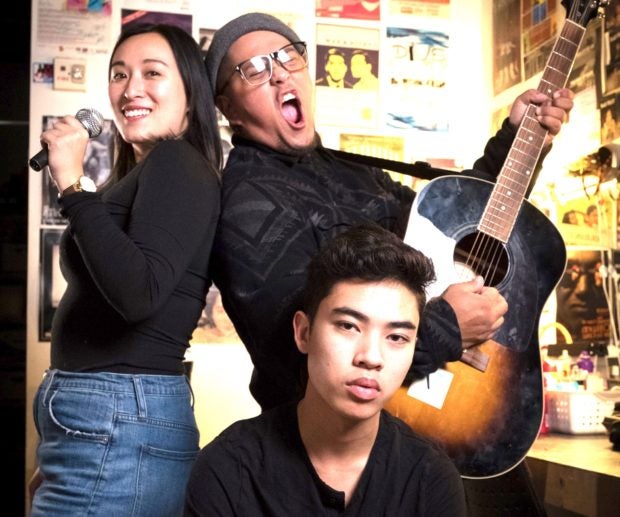 Cast of “All and Then Most, Some and Now None.” PACIANO TRIUNFO

For this installment, Bindlestiff hosted a writing workshop last year facilitated by Christina Ying before it opened a call for play submissions. Five of the selected plays this year are from participants in the workshop.

Abigail Pañares and Chris ‘Burd’ Quines are first-time Fil-Am playwrights to be staged in “The Love Edition.”

Quines is a filmmaker and has played music at Bindlestiff. He has been involved in sound design for Brown Out Collective’s shadow play “Bad Trip.”

“The Love Edition” kicks off Bindlestiff Studio’s line-up of productions for its 30th year.

The performance space was founded in 1989 by Canadian puppeteer and director Chrystene Ells. She used the venue for shows and to teach workshops for the neighborhood’s youth.

In 1998, management was turned over to actor and stand-up comic Allan Manalo, whose sketch comedy group Tongue In a mood had taken up residency at the space the year prior.

A line-up of productions for the year has already been prepared and will be announced soon.