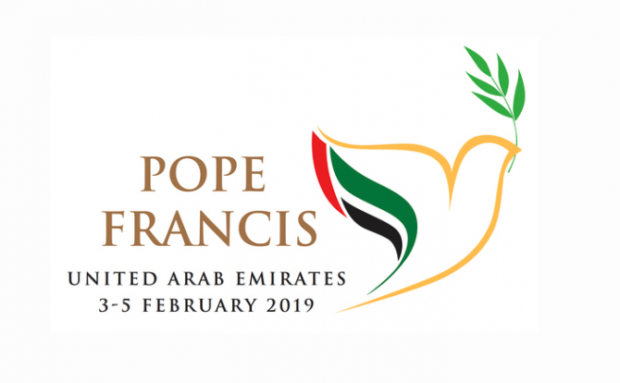 In 1217, only six years after the founding of the Franciscans or Ordo Fratrum Minorum (OFM), Frater Elias of Cortona (1180-1253) arrived in Palestine and Syria to establish a mission of brotherhood among the Jews, Christians, and Muslims.

The Holy Land Province included the most solemn places where the Paschal Mystery of Jesus Christ (His birth, passion, death, and resurrection) geographically and historically occurred. Since 1217, the Franciscans have served as the steadfast guardians of the sacred sites.

Back then, the Sultan of Egypt was Malek al-Kamil, the fierce and furious nephew of the more famous Sultan Saladin. In 1219, he and his mighty army killed 5,000 Christian crusaders in defending the stronghold of Damietta in Egypt.

Sultan Malek al-Kamil publicly declared that anyone who delivered to him just one head of a Christian would be rewarded with a Byzantine gold piece.

The poverello of Assisi traveled from Italy to the Holy Land, and from there he went straight to Damietta, Egypt. St. Francis with Frater Illuminatus boldly crossed the battle lines, and were quickly captured by the Muslim army, badly beaten, and brought before the Sultan. 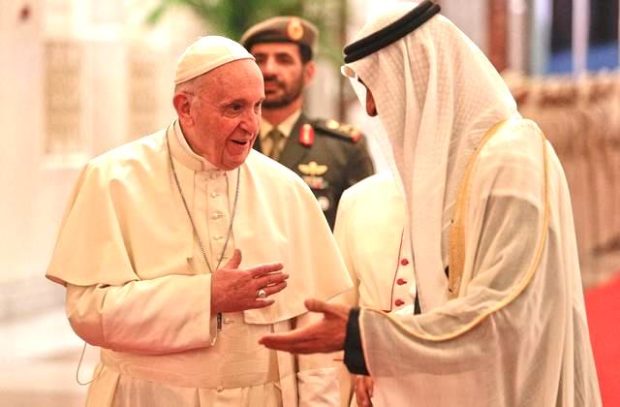 “The sultan asked them by whom and why and in what capacity they had been sent, and how they got there; but Francis replied that they had been sent by God, not by men… When the sultan saw his enthusiasm and courage, he listened to him willingly and pressed him to stay with him” (Michael Cusato, OFM, and Michael Calabria, OFM, of St. Bonaventure University in New York).

Make me a channel of Your peace, Lord

Pope Francis’ visit to the UAE in 2019 is historic in many aspects. For one, the first papal visit to the Arabian Peninsula is a fitting reminder of that universal human quality, that what unites Muslims and Christians is far greater than what divides them.

Exactly 800 years ago, St. Francis greeted the Sultan, “May the Lord give you peace,” which is quite similar to the Muslim greeting “Assalam o alaikum.”

The Saint from Assisi preached the Gospel to the Sultan in such a way that Malek al-Kamil was not offended. Though astonished by his boldness, what the Sultan felt was the genuine love that emanated from the Saint.

The official logo of the 2019 Pope’s visit –- a dove with wings flecked with the colors of the UAE and its beak holding an olive branch –- is both a tribute to the nation and an expression of “Make me a channel of Your peace” prayer.

Why UAE? Unlike the warn-torn Egypt during the time of St. Francis, UAE is the propitious place where people of all faiths from over 200 countries coexist side by side, civilly and peacefully.

“The values of tolerance and open-mindedness have made the UAE a beacon of peace and harmony in an increasingly divided world,” said Sheikh Mohamed bin Zayed, the Crown Prince of Abu Dhabi.

The Vicar of Christ in a war zone

When His Holiness visited the war-torn Central African Republic in 2015, he believed in his heart that fostering inter-religious dialogue in that place was the best method to fight ISIS and its terrorist propaganda. The very place Pope Francis visited was an active war zone, similar to Damietta, Egypt, where St. Francis met the Sultan 800 years ago.

During the visit, the Supreme Pontiff and the imam of the mosque (Tidiani Moussa Naibi) stood in front of the mihrab, a semi-circular niche in the wall of the mosque that indicates the direction of the Kaaba in Mecca, the direction where Muslims should face when praying.

Both Church leaders prayed side by side in silence, and the insane terrorism out there watched in awe. Their common prayer: Enough of war, O God. “Where there is hatred, let me bring love. Where there is injury, Your pardon, Lord.”

Each of us, regardless of our utter differences, can lend a hand in spreading God’s mercy and peace like sharing the healing effects of fresh waters flowing to a tired and dried humankind. Assalam o alaikum!