Netflix didn’t give us any brake or any breathing time to catch up from their releases. So the ranks has been decided, for now, the best Netflix series you would not want to miss this month is out!

The holidays are over and going back to work means the workload is just going to pile up. And before that even happens, you might want to take your freshly bought planner and schedule down these Netflix series before you even forget to watch them, again.

Now that the holidays are officially over and going back to work or school is our inevitable reality, we anticipate everyone will at some point in their prosperous schedule, engage in much needed mental getaways. But with the expenses incurred from joyful holiday giving, traveling, and shopping, lavish getaways aren’t exactly the best move right now. No worries, even if your current definition of a getaway is a few hours on the couch indulging in a favorite snack while catching up on the Netflix buzz, we promise not to judge your spending habits. In fact, consider us your vacation planner for the upcoming mental getaway, helping you save in the comfort of your own home. Without any further ado, your list of options awaits. 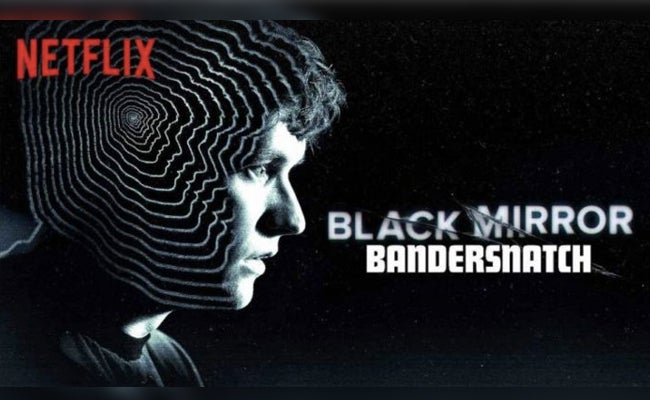 Netflix has been streaming this series for over seven years since it was released in 2011. Lately, raving fans have been buzzing on social media about the latest addition, Bandersnatch. Which has five different endings based solely on the choices made by its characters. Fans are mind-blown at possible outcomes. Watching this series is like diving into the world of fiction making it somewhat interactive. Bandersnatch takes place during 1984, and is about a young man who was introduced to a video game and thereafter starts to question reality

2. The Haunting of Hill House 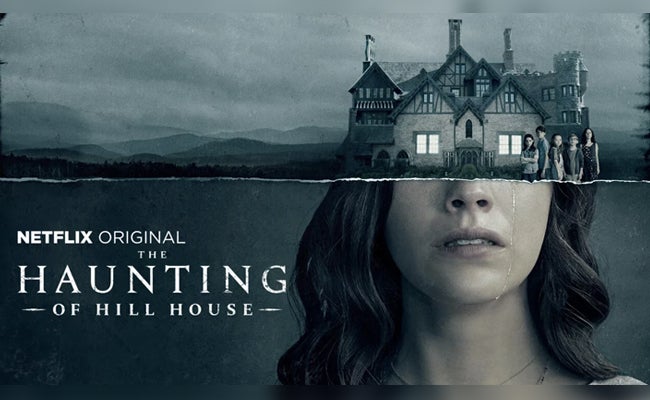 Netflix horror series has caught the attention of most people for many reasons. For starters, the storyline is superb and if you’re a natural investigator, you’d likely find yourself dedicated to uncovering its mysteries. The Haunting of Hill House is based on a novel written by Shirley Jackson surrounding America’s most haunted house. Its cast are a group of talented award-winning, qualified actors who bring this screenplay to life. They depict a family facing ghosts of old, who like the family, took up residence in the home. Be prepared to experience a wide range of emotions, including the creeps. 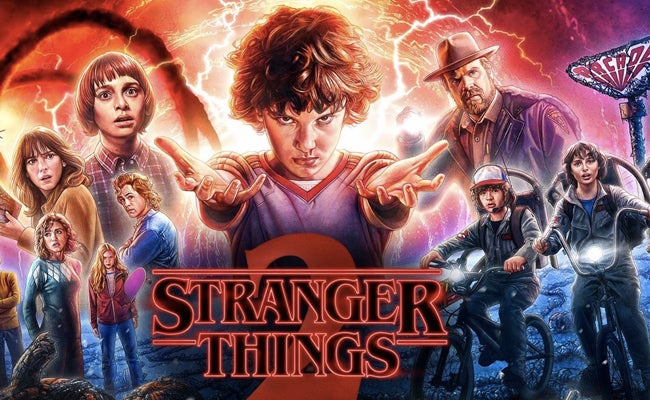 Beginning in 2016, this acclaimed series won over the hearts of many and made the most awaited series list. It takes place in a town called, Hawkins where a young boy vanished into thin air. To find him, the entire town gets involved in search of solving the mystery. As the search continues, members of the town uncover the truth with the help of a young girl who has paranormal powers. You can also expect a touch of romance from this science/horror fiction, historical drama. 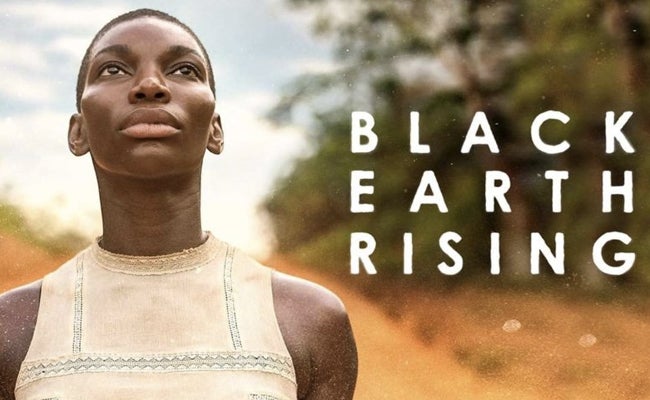 In collaboration with BBC Two, a British Broadcasting Corporations in the United Kingdom, Netflix created a series about a legal investigator who confronts her past. The main character is a Rwandan women, who survived the horrific events of mass genocide. As she searches to uncover the truth about her past, her life is put in danger however, she ultimately discovers why she was left in the dark about her ancestral history. Black Earth Rising touches on sensitive issues like government wars and racial inequality, and while it is a fictional accounts of historical events, anyone who watches will certainly feel gut wrenching compassion for humankind. An eye-opening truth can not be denied. 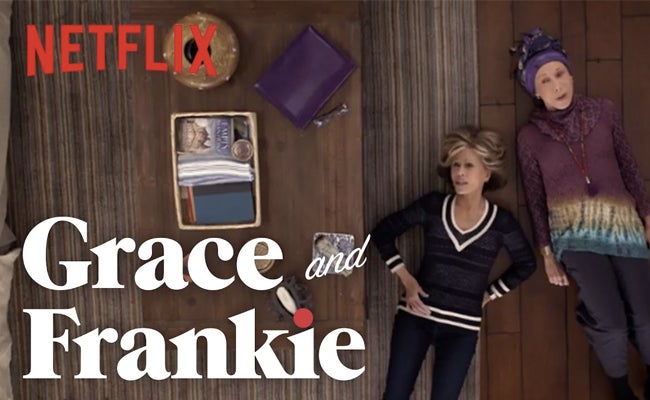 Whew. Let’s take a break from suspense, horror, and thrillers for a bit. Grace and Frankie does just that with it comedic banter. In its fifth season, the series will pick up where it left off with Grace and Frankie in search of a new home, after ditching a retirement community and discovering their beach house has been sold. The older the better, so of course more jokes, and a dramatic flair are in store for season five. These best friends prove their loyalty to each other through thick and thin, amidst the dramas of life and inescapable old age. If you’re looking for a dose of reality and a good laugh, prepare to be entertained. 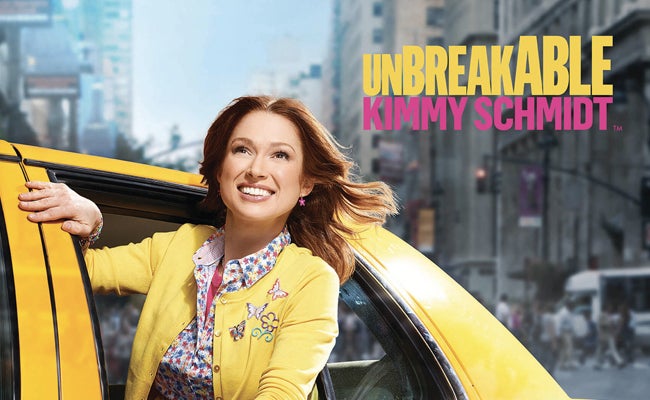 As an overview of the past seasons, Unbreakable Kimmy Schmidt, tells the story of woman who was kidnapped and hidden in Indiana for 15 years. After being rescued, she was invited to appear on a show produced in New York City. She then made the decision to take up residence in the big apple but found herself facing challenges on her journey to figure out life. Unfortunately, this series is coming to and end but you will have ample time and opportunity to enjoy Kimmy Schmidt’s determination to overcome life’s obstacles. 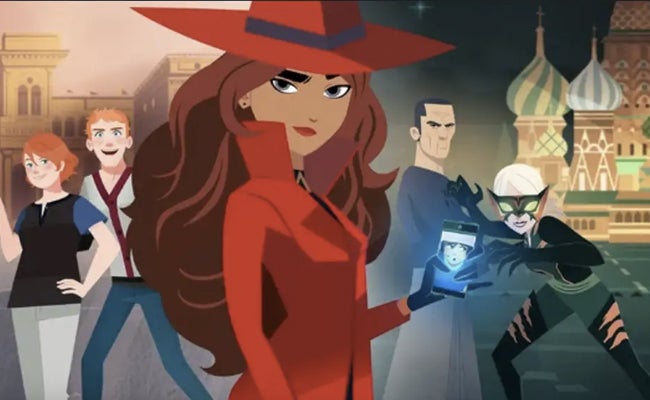 Here is something the whole family can enjoy. Carmen Sandiego is an animated educational comedy merged with a modern day Robin Hood twist. Its true, Carmen is basically a thief but she only steals from less than honorable people to give back to their victims. Without revealing her identity, she has helped the police department defeat evil, while simultaneously holding a position as a department head of a criminal organization. But, she is now viewed as a highly trained robber, instead of the hero that she is.

Now that you been afforded a list of options for your mental mini vaca, of the 7 best Netflix original series to binge watch in 2019, do spend your time wisely. Don’t forget to save the dates on your new calendar and remember to always treat yourself.