Can a sitting President be convicted of crimes against humanity? 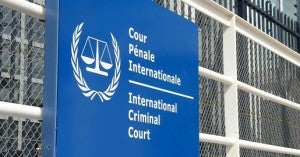 First up, all five were/are the highest executives of their respective countries in the most recent recorded history, and this history dares to tell us the lessons we can learn from the individual stories of these (once) powerful men.

Thirdly, they believed in their deepest recesses of their hearts that their “perceived enemies” do not belong to civilized humanity or were/are not human beings at all.

Finally, the international community of civilized nations have investigated or are investigating their acts impunity or “license to kill.”

Sitting President Omar al-Bashir was indicted in 2009 of crimes against humanity over the situation in Sudan. His first warrant of arrest was issued by the International Criminal Court in 2009 and the second in 2010. Winning the election again in 2015, the president-suspect is still at large.

Chad’s ex-ruler Hissene Habre, who ruled from 1982 to 1990, was convicted of crimes against humanity in 2016 and sentenced to life in prison at a landmark trial in Senegal. It’s the first time an African
Union-backed court tried a former ruler for human rights abuses.

Libya’s ex-President Muammar Gaddafi was indicted in 2011 of crimes against humanity but was brutally killed in the same year.

Going back to the principal question: Can a sitting President be convicted of crime against humanity?

Yes, a sitting president may be indicted and convicted. An indictment establishes whether or not there is enough evidence to charge a suspect with a crime. Then the suspect is actually tried and may be convicted by a judge or jury in a criminal trial.

Though the whole system of a criminal trial is a continuing process, it can happen that, after an indictment, charges are withdrawn or proceedings terminated when the accused has already died.

A criminal trial may be local or international. Ex-President of Iraq Saddam Hussein’s criminal trial was local and it began in 2004 after his capture in 2003. Conducted by the Iraqi Interim Government for
crimes against humanity, Saddam was sentenced to death by hanging, which took place on December 30, 2006.

On the international front, Human Rights Watch (HRW), the same organization watching the Duterte presidency, reported in 2004 that the North Korean government under Kim was “among the world’s most repressive governments.” Three victims of the Gulag system in North Korea with the aid of the Citizens Coalition for Human Rights have attempted to bring Kim Jong-il to justice and filed charges at “The Hague” in 2010.

“The Hague,” a.k.a. the International Criminal Court, has recently established a vital department called Situations and Cases of Crimes Against Humanity. As of March 2017, among other countries,
Afghanistan, Colombia, Iraq, Palestine, and Ukraine are listed on its Preliminary Examinations section.

Its Situations-Under-Investigation section includes Uganda, Kenya, Libya and Georgia, among several nations. In a continuous judicial process, a criminal trial follows after a thorough and airtight
world-class preliminary investigation of the situations and cases.

What a big sigh of relief for the Filipinos concerned! As of this writing, the Philippines is not (yet) on the short list of nations included in the Situations and Cases of Crimes Against Humanity.

But there’s a caveat here. Also in March 2017, the Human Rights Watch (HRW), the same organization that reported the North Korean “most repressive government” under Kim Jong-Il in 2004, published a 124-page report with a title “License to Kill: Philippine Police Killings in Duterte’s ‘War on Drugs.’”

The report, both official and public, has come to a conclusive argument that the current Philippine President Rodrigo Duterte and his minions are “criminally liable” for extrajudicial killings in his war
on drugs.

The importance of checks and balances in the exercise of national leadership, including its misuse and abuse, becomes a bit clearer when viewed against the backdrop of the legal and moral laws inscribed in the hearts of all men and women of goodwill.

The Bill of Rights in The Philippine Constitution of 1987 says it all: “No person shall be deprived of life, liberty, or property without due process of law… And no person shall be denied the equal protection
of the laws.” That’s the legal part.

The moral law is more compelling. The utmost respect for human life is the most fundamental right. What are we going to do with our human rights to work, to vote, to be educated, to peaceful assembly,
to reform oneself, etc. when we are deprived of our basic right to life?

The Holy Book wonderfully tells us the story of a noble being, Adam, who is fashioned in the “Divine image and likeness,” with intellect, free will, immortal soul, human dignity and human rights. And God
commanded: “Thou shalt not kill!” and inscribed it in the hearts of all men and women of goodwill.