California’s new governor, Gavin Newsom, last week promised to pursue a smörgåsbord of changesto his state’s health care system: state negotiation of drug prices, a requirement that every Californian have health insurance, more assistance to help middle-class Californians afford it and health care for undocumented immigrants up to age 26.

The proposals fell short of the sweeping government-run single-payer plan Newsom had supported during his campaign — a system in which the state government would pay all the bills and effectively control the rates paid for services. (Many California politicians before him had flirted with such an idea, before backing off when it was estimated that it could cost $400 billiona year.) But in firing off this opening salvo, Newsom has challenged the notion that states can’t meaningfully tackle health care on their own. And he’s not alone.

A day later, Gov. Jay Inslee of Washington proposed that his state offer a public plan, with rates tied to those of Medicare, to compete with private offerings. 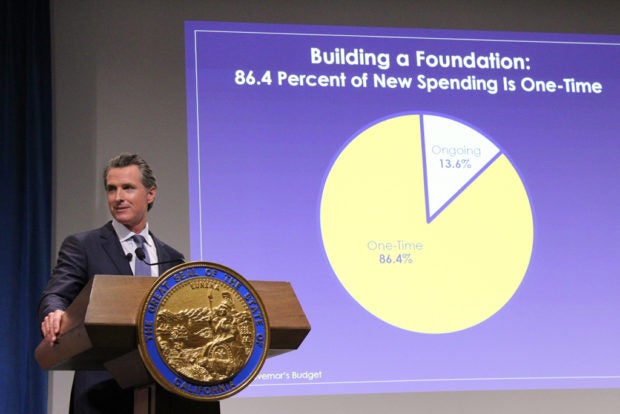 New Mexico is considering a planthat would allow any resident to buy in to the state’s Medicaid program. And this month, Mayor Bill de Blasio of New York announced a plan to expand health care access to uninsured, low-income residents of the city, including undocumented immigrants.

For over a decade, we’ve been waiting for Washington to solve our health care woes, with endless political wrangling and mixed results. Around 70 percent of Americanshave said that health care is “in a state of crisis” or has “major problems.” Now, with Washington in total dysfunction, state and local politicians are taking up the baton.

The legalization of gay marriage began in a few states and quickly became national policy. Marijuana legalization seems to be headed in the same direction. Could reforming health care follow the same trajectory?

States have always cared about health care costs, but mostly insofar as they related to Medicaid, since that comes from state budgets. “The interesting new frontier is how states can use state power to change the health care system,” said Joshua Sharfstein, a vice dean at Johns Hopkins Bloomberg School of Public Health and a former secretary of the Maryland Department of Health and Mental Hygiene. He added that the new proposals “open the conversation about using the power of the state to leverage lower prices in health care generally.”

Already states have proved to be a good crucible for experimentation. Massachusetts introduced “Romneycare,” a system credited as the model for the Affordable Care Act, in 2006. It now has the lowest uninsured rate in the nation, under 4 percent. Maryland has successfully regulated hospital prices based on an “all payer” system.

It remains to be seen how far the West Coast governors can take their proposals. Businesses — pharmaceutical companies, hospitals, doctors’ groups — are likely to fight every step of the way to protect their financial interests. These are powerful constituents, with lobbyists and cash to throw around.

The California Hospital Associationcame out in full supportof Newsom’s proposals to expand insurance (after all, this would be good for hospitals’ bottom lines). It offered a slightly less enthusiastic endorsement for the drug negotiation program (which is less certain to help their budgets), calling it a “welcome” development. It’s notable that his proposals didn’t directly take on hospital pricing, even though many of the state’s medical centers are notoriously expensive.

Giving the state power to negotiate drug prices for the more than 13 million patients either covered by Medicaid or employed by the state is likely to yield better prices for some. But pharma is an agile adversary and may well respond by charging those with private insurance more. The governor’s plan will eventually allow some employers to join in the negotiating bloc. But how that might happen remains unclear.

The proposal by Washington Gov. Inslee to tie payment under the public option plans to Medicare’s rates drew “deep concern” from the Washington State Medical Association, which called those rates “artificially low, arbitrary and subject to the political whims of Washington, D.C.”

On the bright side, if Newsom or Inslee succeeds in making health care more affordable and accessible for all with a new model, it will probably be replicated one by one in other states. That’s why I’m hopeful.

In 2004, the Canadian Broadcasting Corp. conducted an exhaustive nationwide pollto select the greatest Canadian of all time. The top-10 list included Wayne Gretzky, Alexander Graham Bell and Pierre Trudeau. No. 1 is someone most Americans have never heard of: Tommy Douglas.

Douglas, a Baptist minister and left-wing politician, was premier of Saskatchewan from 1944 to 1961. Considered the father of Canada’s health system, he arduously built up the components of universal health care in that province, even in the face of an infamous 23-day doctors’ strike.

In 1962, the province implemented a single-payer program of universal, publicly funded health insurance. Within a decade, all of Canada had adopted it.

The United States will presumably, sooner or later, find a model for health care that suits its values and its needs. But 2019 may be a time to look to the states for ideas rather than to the nation’s capital. Whichever state official pioneers such a system will certainly be regarded as a great American.