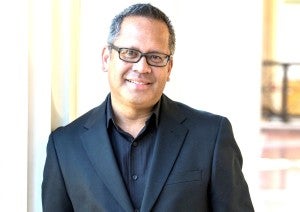 LOS ANGELES – What would you do if your new theater company has just mounted its inaugural production and a riot occurs?

Keep going, just like Jon Lawrence Rivera did. When he founded Playwrights’ Arena in 1992, the Rodney King riots erupted after its first show opened in Hollywood.

That’s when he decided to devote the company to staging new plays by LA playwrights. “People had no place to put their energies. I knew I could promote local playwrights who’d been complaining that no one produced them unless they’ve been successful somewhere else,” Rivera said in a previous interview.

He’s done so for 25 years now. “I’m a bit overwhelmed that we’ve lasted this long,” he says. “It’s a proud moment for me and for the company to have launched many careers. Especially since most of them are writers of color.”

Born in Manila, Rivera and his family left the Philippines after his journalist father Jose Lorenzo “Larry” Rivera was blacklisted by the Marcos dictatorship.

Australia granted them asylum, and Rivera studied acting in Sydney before relocating to the United States where he studied film directing at Los Angeles City College.

After he worked as a freelance director and producer, a desire to work on material that he’d be personally passionate about spurred him and an actor friend to rent a theater, hire a then-unknown actress Elisabeth Shue and put on a play.

A quarter of a century in, the company now stages two to four productions a year by playwrights of all colors, all world premieres or LA premieres. It also has a staged reading series for new works in development.

It hasn’t been without challenges. Rivera’s commitment to premiering new works instead of staging more commercial fare is one of the reasons why his founding partner left.

Rivera’s insistence on diversity on stage has cost him projects. “There’s a resistance to it, mostly by white producers, because it’s not a world they see, or they refuse to see, even though it’s in front of them every day.”

He still sees “an overwhelming number of productions that have an all-white cast because the theater’s white artistic director or the play’s white director goes to their ‘default’ choice, which is white.”

Rivera is frustrated by productions set in “major cities like LA, San Francisco, San Diego, Chicago or New York” but with no actor of color. “How is that possible? We still have a long way to go, in terms of diversity,” he says.

Nonetheless, he’s seen some improvement. “I find that if the theater artistic head or a production’s director is a person of color, then we see an increase of diverse artists involved in the process.”

“It’s also great how much our talent pool keep rising up to the challenges. The quality of acting has improved greatly and some are moving up in ranks and going to big regional theaters and on to Broadway.”

If you include staged readings, Rivera has directed over a hundred productions, for his own company and others. And because his designation is usually “director,” it’s easy to miss all the other things that he has to do to run the company.

He also has to cultivate a board of directors (who source funding for the company), secure and maintain an annual budget, select and implement the line-up of plays per year, hire manpower, and does community engagement and student-outreach programs.

He’s still at it. Kicking off its silver anniversary line-up with a nod to its birth year, Playwrights’ Arena is staging “The Hotel Play,” conceived and directed by Rivera and written by seven women playwrights of color.

To be staged at an actual hotel, audiences will go from room to room and watch/listen to attendees of the class of 1992’s high school reunion. “Their school days ended bitterly due to the riots. They ponder what might’ve and could’ve been. All the characters will then intersect poolside where confrontations spark and truths are revealed,” Rivera explains.

The company will also be hosting its silver anniversary benefit gala, “Hot Night in the City.” Billed as “an electrifying evening of songs and words,” the program includes handing out the company’s Lee Melville Award, given for outstanding contribution to the LA theater community, to three honorees—one of whom will be Fil-Am actor Reggie Lee (NBC’s “Grimm”).

“Hot Night in the City” is on Apr. 11 at Barnsdall Gallery Theater, 4800 Hollywood Blvd., Hollywood. Tickets at hotnight17.brownpapertickets.com.