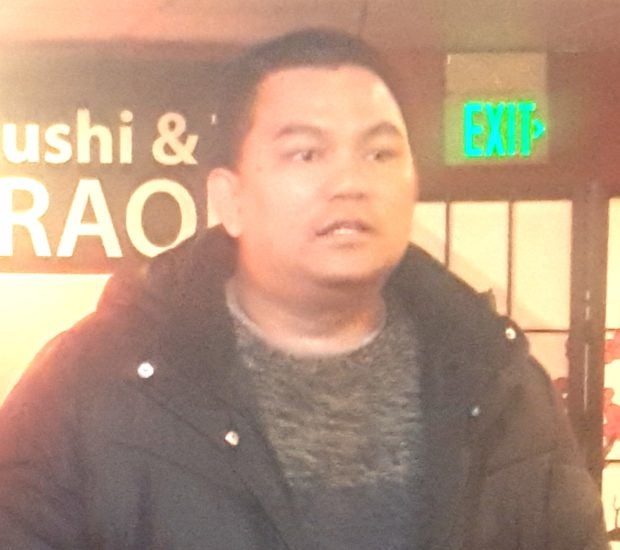 BURLINGAME, California – A Liberal Party senatorial candidate in the coming midterm elections in the Philippines admitted that lack of public awareness of their bid remains a big hurdle for the eight candidates running in opposition to the administration of incumbent President Rodrigo Duterte.

Human and labor rights lawyer and Liberal Party stalwart Lorenzo Erin Tañada III aired this concern through online video conversation in a public forum on “Prospects for Democratic Resistance in the Philippines 2019” sponsored by the Filipino American Human Rights Alliance (FAHRA). The chat was held in a restaurant in Burlingame, California as part of FAHRA’S efforts to support the opposition to Duterte’s “repressive” policies.

Detained Senator Leila de Lima’s chief of staff Atty. Philip Sawali was the other main guest and he spoke on political persecution in the Philippines.

The last nationwide survey showed the opposition with only a 35% awareness by the public, with only two of their candidates, former Secretary Mar Roxas and Senator Bam Aquino, making it to the winning circle, revealed Tañada.

He is the son of former Senator Wigberto Tañada (senator from 1987-1995) and grandson of namesake, the late Grand Old Man of the Philippine Opposition to then President Ferdinand Marcos, Senator Lorenzo Tañada. Erin Tañada is also former Deputy Speaker of the Philippine House of Representatives and Quezon province’s 4th district congressman from2004-2013.

“The remaining six — Romulo Macalintal, Florin Hilbay, Samira Gutoc, Chel Diokno, Gary Alejano and myself — are between 20th – 28th places in the survey. And that is the hurdle we face – to make people aware that the other six are also running for senator.  One of the things we need is money for TV ads, newspaper space, etc. for people to know us. Tañada reported. “We hope that the eight opposition candidates will make it in order to defend the remaining [democratic] institutions and to fight for democracy and pro-poor, pro-people policies.”

Tañada appealed to friends and the Filipino communities abroad for help in the coming election campaign. Tañada stressed that the midterm elections as a critical battleground because of the Duterte camp’s move to amend the 1987 Constitution whose democratic provisions are seen by the administration as hindrances to its plans.

The draft Constitution sponsored by House Speaker Gloria Macapagal-Arroyo includes the removal of term limits and the anti-dynasty provisions, amendments to the social justice provision and the opening of the national economy to foreign investors, Tañada warned. These proposals are meant mainly to attract legislators to Arroyo’s camp.

Meanwhile, Sawali relayed that Senator de Lima is happy with the 8-man lineup put up by the opposition for the midterm elections as she knows that the candidates’ strengths, expertise, advocacies, groups, sectors, etc. and almost all of them are her friends if not personally close to her. 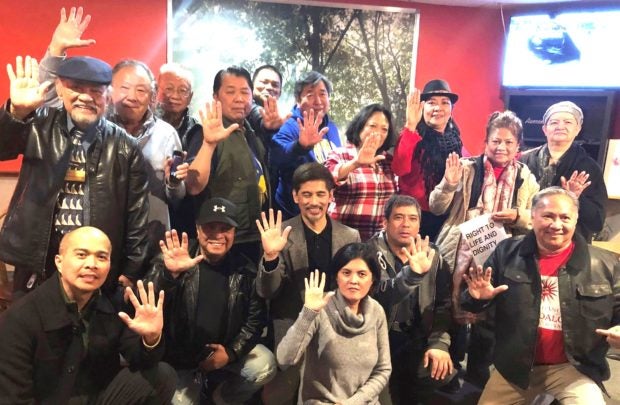 Sawali, however, said that De Lima also acknowledges the difficulties of the opposition ticket; but she remains hopeful that led by Vice President Leni Robredo and with dedicated campaigners, they may be able to catch up.

Sawali believes De Lima’s detention is widely perceived as political persecution by the administration.He announced that the original case of trading in illegal drugs has been changed after one year to conspiracy to commit drug trading because of the absence of evidence and witnesses for the original charge.

“She has limitations in what she can do as a legislator while incarcerated, including not being able to vote on issues, bills, resolutions, etc. But she is still one of the most productive and prolific legislators,” Sawali said.

“In the two years that she has been senator, she has filed around 135 bills and 140 resolutions and co-authored bills and joint resolutions as well,” Sawali reported. “Senator de Lima also releases dispatches/commentaries, almost 500 to date, on a daily basis, all handwritten as she is not allowed to use a typewriter, laptop and cell phone in her detention.”

Sawali said De Lima sees a virtual grand reunion of the kontrabidas or villains in Philippine politics. “No wonder, one of the first things done by President Duterte was to secure the release of former president Gloria Macapagal-Arroyo and the dismissal of her case.” De Lima feels that together they are trying to undo what she has done as human rights chair and justice secretary.

On a personal note, said Sawali, De Lima got the biggest and best Christmas surprise when her ailing 89-year-old mother, Norma Magistrado, who is suffering from dementia, was finally able to visit her with the help of her siblings and relatives.