Number of unauthorized immigrants in U.S. plunges to lowest level

Number of unauthorized immigrants in U.S. plunges to lowest level 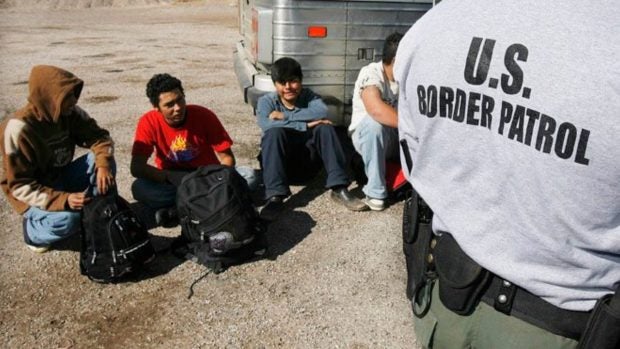 The U.S. Border Patrol detains a large group of suspected immigrants at the Arizona-Mexico border in Sasabe, Arizona in this Jan. 19, 2007 file photo. AP PHOTO

LOS ANGELES — A recent report from the Pew Research Center found that the number of unauthorized immigrants in the United States has fallen to the lowest level in more than a decade, refuting President Trump’s claim that the Central American migrant caravans are part of an “invasion.”

Pew cited the sudden drop “entirely to a sharp decline in the number of Mexicans entering the country without authorization.”

The study — which used 2016 federal data — found that there were 10.7 million unauthorized immigrants living in the U.S. that year, compared with the 12.2 million figure in 2007.

The 2016 sum is the country’s lowest since 2004. Pew found that the decline of unauthorized immigrants meant that “their share of the total U.S. workforce over the same period” also decreased. 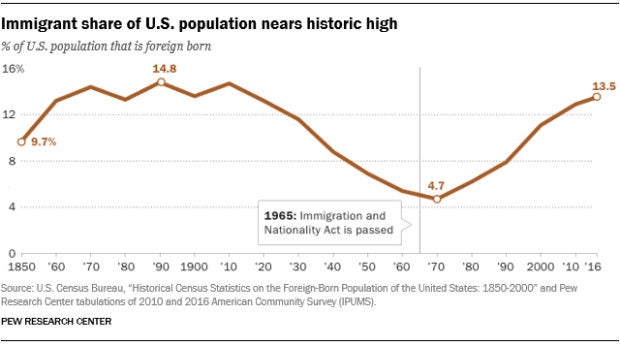 Despite the overall drop, Pew found that the number of immigrants from El Salvador, Guatemala and Honduras increased by 375,000 from 2007 to 2016; a majority of the immigrants in the highly publicized migrant caravans that have spent months traveling to the U.S.-Mexico border to seek asylum, which is legal per federal and international laws, are from these countries.

The study also found that there was also a decline in recent arrivals, categorized as those who migrated to the U.S. within the last five years. In 2007, recent arrivals accounted for 32 percent of all unauthorized immigrants (from all continents and regions) from, and in 2016, that figure dropped to 20 percent.

The study posited that this would put a strain on what experts call “mixed-status households,” families in which the children were born in the U.S. to unauthorized immigrant parents.

“As their typical span of U.S. residence has grown, a rising share of unauthorized immigrant adults – 43 percent in 2016 compared with 32 percent in 2007 – live in households with U.S.-born children,” the study’s researchers wrote.