'Being Filipino' -- one of Darren Criss' favorite things

‘Being Filipino’ — one of Darren Criss’ favorite things 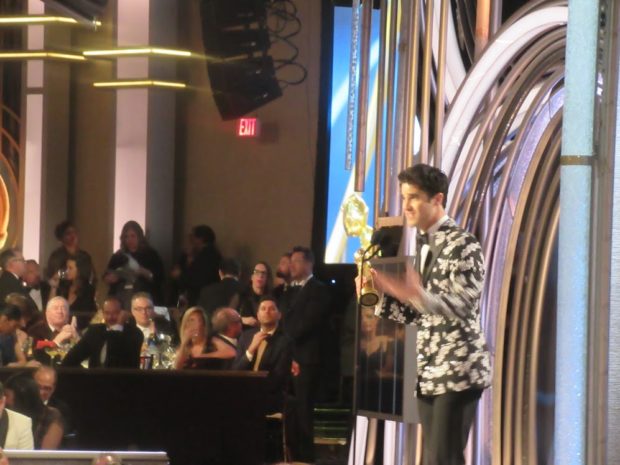 BEVERLY HILLS – “Being Filipino is one of my favorite things about myself,” Darren Criss said in a backstage interview. “If there is any young Filipino or half Filipino in the community that looks to my work as a source of inspiration and encouragement, then sign me up. It means the world to me,” he added.

Criss won a Golden Globe on Sunday for his high-powered performance in “The Assassination of Gianni Versace: American Crime Story,” becoming the first Filipino American to receive the prestigious award.

“I feel like I’ve been given a superhero cape that I’m now required to step up the plate for.” Criss, 31, dedicated his award to his mother, whom he described in his acceptance speech at the 76th annual Golden Globe Awards at the Beverly Hilton as “a firecracker Filipina woman from Cebu.”

“So, mom, I know you’re watching this. You are hugely responsible for most of the good things in my life. I love you dearly. I dedicate this to you,” said Criss as he accepted his Golden Globe for Best Performance by an Actor in a Limited Series or Motion Picture Made for Television.

In his speech that was broadcast to millions around the world, Criss also thanked Inquirer columnist Ruben Nepales, the first Fil-Am to become chair of the Hollywood Foreign Press Association, producer of the Golden Globes, and his wife, multi-awarded journalist Janet Nepales, who serves as HFPA executive secretary. 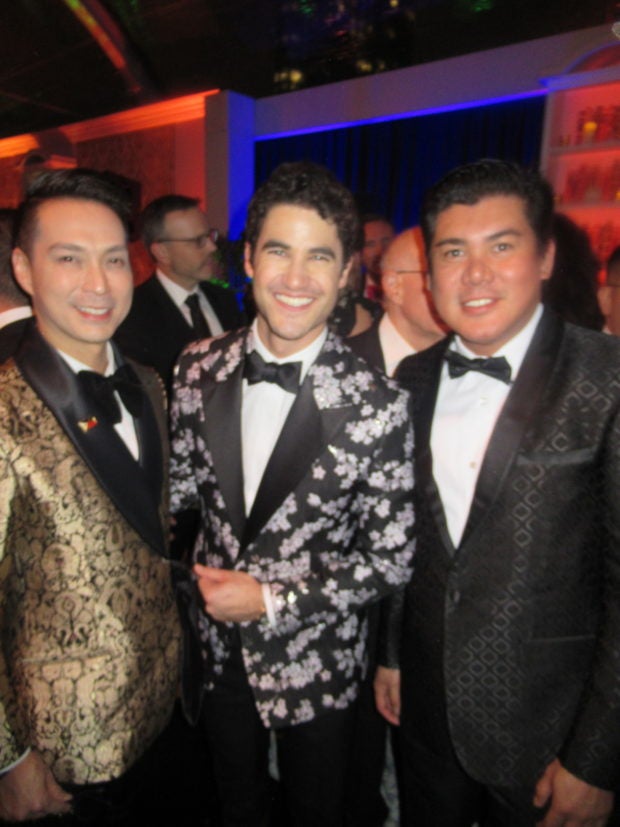 “That’s a first in the Golden Globes – a winner thanking his Filipina immigrant mom. It’s a major statement from Darren. He’s shouting his Filipino American heritage to the world,” Ruben Nepales said.

Janet Nepales said Criss’ speech made her so proud of being Filipino and of Criss “breaking barriers for our kababayans.”

In “Versace,” Criss plays serial killer Andrew Cunanan. He has also won an Emmy for his powerful performance of the same role in the TV series that told the true story of Cunanan, a Filipino American who murdered fashion designer Gianni Versace in 1997. 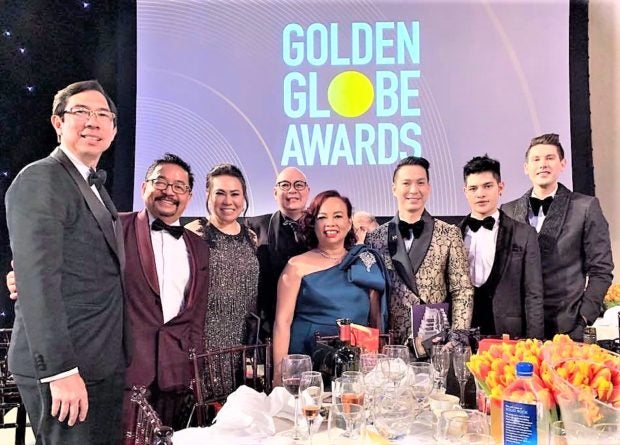 In his acceptance speech, Criss described the past year as “a marvelous year for representation in Hollywood.”

Spotted on the red carpet was renowned fashion designer Francis Libiran, who has designed gowns for Hollywood A-listers, including Angela Bassett, Gwen Stefani and Tyra Banks. The Nepales couple wore Libiran creations at the Golden Globes. 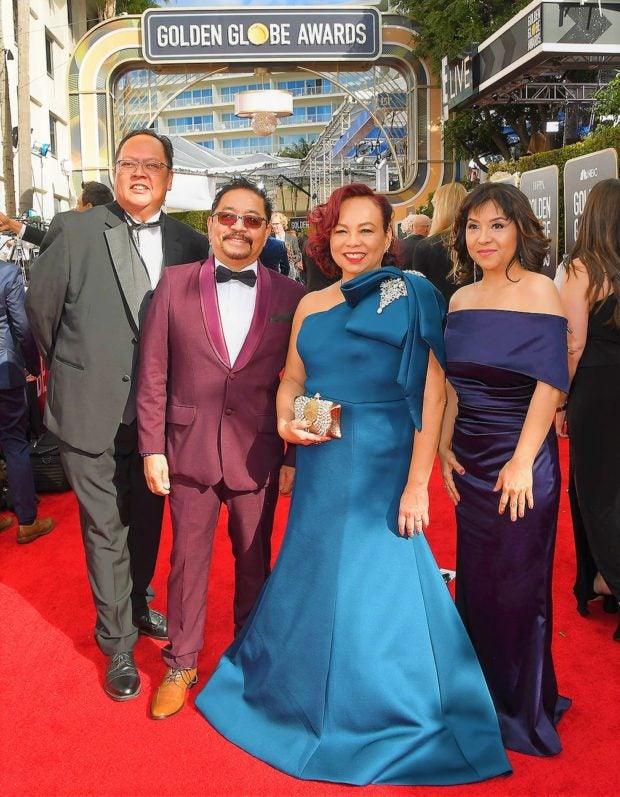 “There’s a lot of pride and excitement for us to see Filipino Americans being recognized and Janet and Ruben being part of the Hollywood Foreign Press Association,” said Helen Limcaoco.