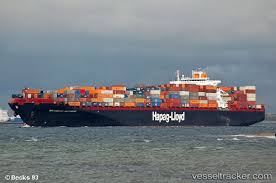 A container ship that has been burning off Canada’s East Coast for the past five days has 17 Filipinos among its crew of 22, none of whom were hurt.

A spokesman for the international shipping company Hapag-Lloyd says an offshore supply vessel is carrying all 22 members of the container ship’s crew, who evacuated after the fire started inside a container aboard the Yantian Express on Jan. 3, then spread to several other containers in the forward deck.

CBC News is reporting that a big tugboat is using a high-powered water cannon to extinguish the fire, which is still burning at press time. The burning ship is some 1,300 kilometers from its intended destination, Halifax, Nova Scotia.

Among the 22 crew members, 17 are from the Philippines, two from Germany and three from Poland. There is no information available on what caused the fire and what the container ship was carrying.

FEATURED STORIES
Osteoporosis Exercises: Fully Explained
How to Do the 52-Week Money Challenge Successfully
Best Food to Bring Camping
Your subscription could not be saved. Please try again.
Your subscription has been successful.
MORE STORIES
Filipino workers sue Louisiana oil company for ‘abandoning’ them in a hurricane
Transgender Filipina found dead in NY hotel room
Asians with guns, cops with too much power
Don't miss out on the latest news and information.