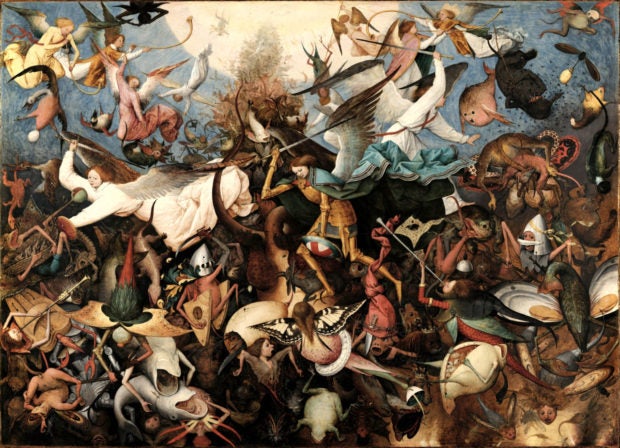 The Fall of the Rebel Angels Pieter Bruegel the Elder 1562

In the Catholic ethos, all moral principles are created neither by consensus nor by the majority opinion. Moral principles are neither subjective nor based on one’s outlook, for they are OBJECTIVE, PERMANENT and UNIVERSAL – hence, they are applicable for 2019 and 2030, and eternally.

Consider how the Vicar of Christ answered certain moral questions raised by some confused, curious, or rather higgledy-piggledy Catholic and non-Catholic millennials.

Catholic moral principles do not change in time. The official Catholic position on moral issues today, as ever, is firmly grounded on the Gospel (Divine Revelation), Sacred Magisterium (teaching office), Sacred Tradition apostolic succession), and the natural law – and not on what is popular or convenient.

Jose Mario Bautista Maximiano ([email protected]) is the author of 24 PLUS Contemporary People: God Writing Straight with Twists and Turns(Claretian, 2019).