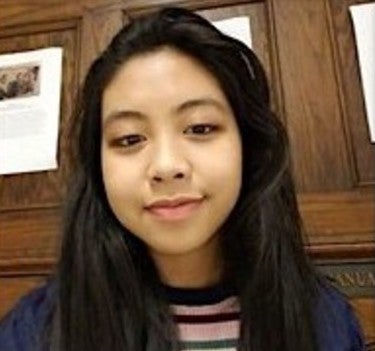 Shalyha Ahmad who was reported missing by her family since Dec. 14 wasn’t missing after all.

CHICAGO – Mystery surrounds the case of an 18-year-old Filipina student at the University of Illinois at Chicago who walked into a police station–just hours after her family reported her missing–to tell authorities she was safe and was never missing.

Shalyha Ahmad’s family held a news conference Wednesday and said she was dropped off at a Chicago train station on Dec. 14. The family said they went to pick her up from UIC later, but she never showed up. Her mother, Shetti Ahmad, made an emotional plea to her in Tausug.

Shetti Fatima Ahmad said the family moved from the Philippines to Chicago in 2006, when Shalyha was 6. She graduated from Lane Tech High School on the Northwest Side early this year, started her first semester at UIC in the fall and remained living in the family home in Portage Park.

Chicago police said their missing persons case on Ahmad will be closed. No further details were available surrounding her “disappearance.”