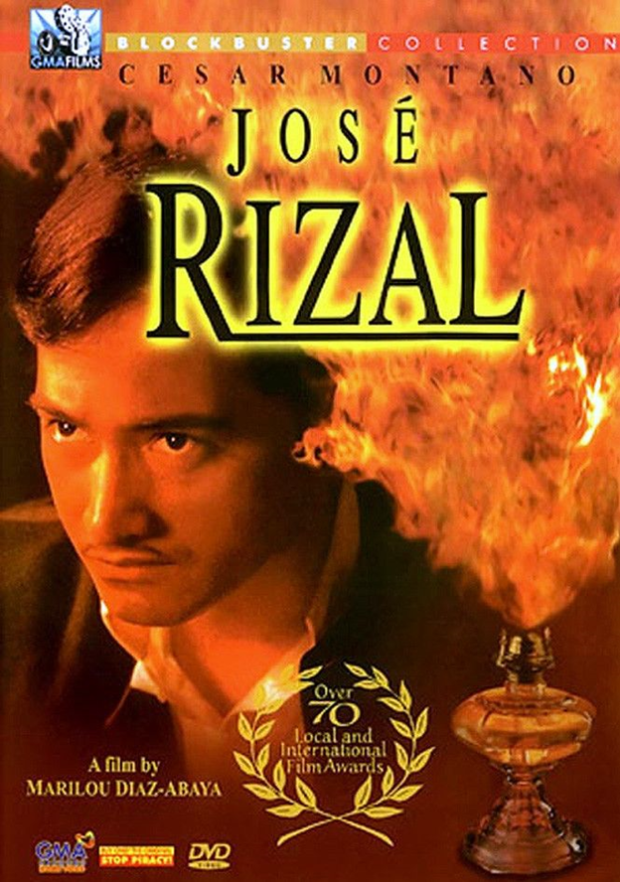 CHICAGO — The much-acclaimed film, “Jose Rizal,” will be shown as highlight of the 122nd year commemoration of the Philippine National Hero’s martyrdom on Saturday, Dec. 29, at 1-4:30 p.m. at the Morton Grove Public Library Auditorium, 6140 W. Lincoln Ave., Corner Georgiana, Morton Grove. A brief discussion will follow the screening.

The film was dubbed as the most spectacular and “controversial” Philippine film epic because of its record-breaking 80-million peso (1998 figure) budget. It was also considered one of the biggest, finest and most successful historical films ever made in the history of Philippine cinema. The film won several prestigious awards and has also premiered at several well-known film festivals around the world including the Berlin International Film Festival.

Directed by Marilou Diaz-Abaya in 1998, the film depicts the life of Dr. Jose P. Rizal, from his childhood with his brother, Paciano (Pen Medina), his school years in Ateneo, to his unjust execution in Bagumbayan.  Cesar Montano won best actor in various academies for his title role, together with a highly acclaimed cast including Joel Torre, who plays the familiar role of Crisostomo Ibarra/Simoun (from Noli and Fili) and Gloria Diaz as the hero’s mother, Teodora Alonzo.

Rizal’s novels, Noli Me Tangere and El Filibusterismo, served as his weapons against the abuses of Spanish colonial authorities in the Philippines. These novels became an inspiration over the “Katipunan,” whose founder, Andres Bonifacio (Gardo Versoza), condemns the friars, saying Spain is deaf and blind and makes people become imbeciles and criminals. For Bonifacio, the only way to independence and freedom is through revolution.

Rizal’s novels stimulated uprisings in the Philippines. Innocent people were imprisoned by the government for merely possessing the books of Rizal. In Aug. 1896, the Katipunan started an uprising.

On Nov. 1896, Rizal was imprisoned at Fort Santiago. He was accused as a traitor and conspirator for the revolution.  Later in December, Rizal was charged and tried before a military court.  Soon after, the magistrates summarily condemned  him to die by firing squad.

In the film, on the night before the execution, Rizal hallucinates, seeing his alter ego-protagonist Simoun of his novel El Filibusterismo tempting the hero to change the climax of the story.

On the morning of the execution , Dec. 30,  Rizal gave his sister a small alcohol stove  containing  his poem “Mi Ultimo Adios.” At 7 a.m., the shooting squad points at his back, he readily utters his final words: Consummatum est. (It is done.)

Meanwhile, Consular officials will lead in a floral offering on Sunday at 9 .am, Dec. 30 at the Rizal Monument, along Lake Shore Drive and Marine Drive between Lawrence and Wilson Avenue in front of Weiss Memorial Hospital (Margate Park). Participation in this event is open to the public. Interested persons should call  Liezl Alcantara (312) 583-0621 x13.