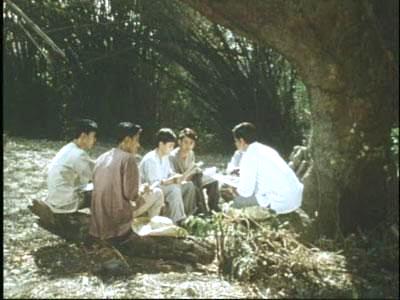 Once, two friends found a clam near the sea.  They debated as to who should have it. “I,” one said, “saw it first…;” “… but I picked it up,” replied his friend. They went to court and asked the judge to settle the question.

The judge opened the shell, ate the meat, and divided the shell between the litigants.

This is an excerpt from Rizal’s Prose, by the Jose Rizal National Centennial Commission, 1962, page 105, a witty reminder by a world-renowned Filipino national hero for those fond of resorting to the courts of justice.

Rizal’s prose was tinged with both judicial and psychological contexts, but after 150 years is Rizal, with his idealism — reality molded by thoughts and ideas — still relevant today?

Rizal was a polymath who spoke several languages, a prolific writer and a European-trained ophthalmologist (probably the only one in the Far East during that era), yet Rizal seems not to have written anything about ophthalmology,his recognized profession.

The irony is that he had written a treatise entitled, “The Cure of the Bewitched: Notes on the Study of Philippine Medicine,” expressly for Benito Francia, the then-Inspector of Health.  The article has something to do with kulam(witchcraft); quite unrelated to any ophthalmological ideas Rizal learned in Paris and Germany during his studies in 1885s to 1887s. 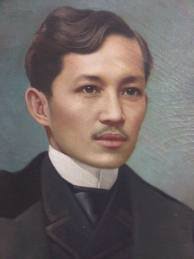 Rizal quoted studies, the most notable being a quarrel between a woman and a manggagaway(a female practitioner of kulamas Rizal himself distinguished from mangkukulamfor male) where the former fell ill and died.  The manggagawayreceived 50 lashes publicly, was thrown in jail where she committed suicide by hanging herself.

The bizarre twist of the case was that since part of the prison bars where the alleged “witch” hanged herself was toolow, she would necessarily have had to fold her legs to commit “a successful” suicide.  Defying their mediocre reasoning, the townsfolk readily explained this was a satanic-assisted act! The full account of this is written in the National Historical Commission, “Iba’t Ibang Sinulat Ni Rizal,” Vol. 8, 1961, page 93.

Rizal’s exile in Dapitan for four years and 14 days, from July 17, 1892 to July 31, 1896 was fruitful and serene, surmised some historians.  According to Zaide, a famous Philippine historian, Rizal devoted all his time and efforts to the practice of medicine; his artistic, literary, educational, linguistic and scientific pursuits; his agricultural and business activities; certain civic projects; and his extensive correspondences with world-renowned scientists and personalities of that epoch.

Through his writings, Rizal attempted to dispel the superstitious beliefs in kulamduring his time. One contemporary writer/columnist wrote, “Rizal not only gave us data useful to the folklorists and anthropologists, but he actually explained the route of treatment psychologically.”

In other words, Rizal who likely was trained in the allopathicmedicine, which is based entirely on a mechanistic theory of diseases and treatments recognized and accepted as the “scientific standard” of the day.  Yet, in 1895 or more than a century and a half ago, Rizal seemingly veered from this “standard” when he argued that kulamwas a mere product of suggestion, not sorcery.

His writings revealed that ailments could be alleviated without recourse to talisman or agimat, “strange” potions (e.g. gayuma), oracionordasal(ritual or prayer), body-lashing with rattan, indigenous leaves or even buntot pagi(stingray tail, whip) where the victim seems unscathed while the magkukulam“bears” the pain, sometimes leading to death, bringing to mind the movie “The Exorcist.”

The search for the still-elusive “Filipino psychology”could have been started by Rizal sharing the idea that disease was attributable to these factors: air (hangin); heat (init); cold (lamig); and vapor from the earth (singaw) — the common belief of the period.  Any “other condition” was ascribed to sorcery or kulam.  Could Rizal have been the “Father of Filipino Psychology too? If only he had expounded his treatise.

Nevertheless, Rizal is thought to be the “father of the community school” in the Philippines when he established a school attended by 16 pupils, select boys from prominent families in Dapitan.  There were no tuition fees, according to Epistolario Rizalina (Zaide, 1881: 192). Students were taught gardening and construction projects for the community.

Rizal indeed knew some basic principles of psychotherapy as well.  This was manifested lucidly in his article “Ang Paggamot Sa Mga Nakukulam,” (Treatment for the Bewitched/Hexed) found in the same source mentioned earlier.

Rizal was probably bored during his exilein Dapitan of more than four years, enabling him to write on a staggering variety of subjects,

We are reminded that Rizal was 18-years-old when he wrote, “A La Juventud Filipina(To the Filipino Youth),” where the oft-quoted phrase, “Ang kabataan ang pag-asa ng bayan(The youth is the hope of the fatherland)” is ingrained. Pepe, dedicated this poem to the youths of his time, winning him first prize in a poetry contest.

What idealism was reflected by an 18-year-old- Pepe in an era so different from ours? By the way, Rizal also delved into parapsychology or the “paranormal” as early as a century and a half ago when pockets of revolts against a colonizer was the main course of the day.

What other subjects would Rizal have delved into if his life had been spared in Bagumbayan when he was only 35?

Dr. Aggie Carson-Arenas is a Certified Clinical Psychology Specialist, and a former university research director. He is a Behavior Analyst Specialist in Nevada, an educator, clinician, researcher, consultant and a published author. Parts of this piece are excerpts from the book, UNDERSTANDING SELF (Pag-unawa Sa Sarili): THROUGH THE EYES OF ADOLESCENCE co-authored by his daughter Abbygale Arenas-de Leon to be published in the Philippines. Please e-mail at: [email protected]