CHICAGO–“I’m an embarrassment!”  cried Jessica Arong Obrien, who told U.S. District Judge Thomas Durkin,“I will fall on my sword if I have to, but I need you to know the truth!” she continued through tears. The emotional scene led the judge to order a recess.

The first Filipina judge in Illinois’ Cook County pleaded for 30 minutes for leniency in a federal courtroom Dec. 20, but she was sentenced to a year and one day in prison for her role in a $1.4-million mortgage fraud scheme that occurred years before she got elected judge. 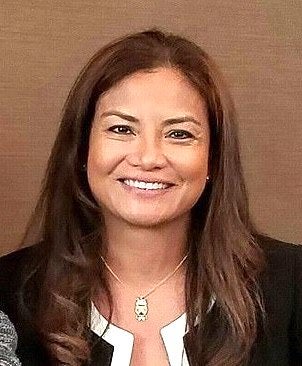 Jessica Arong O’Brien,51, a respected civic leader, is married to another Cook County Judge Brendan O’ Brien, and the couple has three children. She was indicted in 2017  and officially resigned from her post after a federal jury convicted her last February.

She and her former business partner scammed several lenders in the purchase of two Chicago South Side properties when she was a lawyer and real estate agent a decade ago in Lincolnwood, Illinois. She was then also working as a special assistant attorney general for the Illinois Department of Revenue.

With dozens of relatives and supporters in court, O’Brien repeatedly told the judge that she “should have known better” as a lawyer that she was committing fraud, repeatedly stressing how she shamed her family and lost a career she loved.

“Of course, I have remorse as to my stupidity,” O’Brien said in her vain attempt to receive probation.

But Judge Durkin who remained undaunted said that the fraud scheme she orchestrated lasted nearly three years and wasn’t done as a result of an oversight. “This was a crime,” the judge added.

The crowd that came for the sentencing was given a rundown of Jessica O’Brien’s version of living the American Dream—a Filipina from Cebu who came to the U.S. with almost nothing but, through perseverance and determination, found phenomenal success.

After earning degrees in culinary arts and restaurant management and being a manager of a multinational food company, she went to John Marshall Law School in Chicago and became a lawyer in 1998.

She was the first Asian elected president of the Women’s Bar Association of Illinois, served on the board of governors for the Illinois State Bar Association. She co-founded a foundation in 2008 that gave scholarships to aspiring law students.

“It is an inspirational story,” her lawyer, Steve Greenberg, said in arguing for probation. In asking for a two-year prison sentence, Assistant U.S. Attorney Matthey Madden stressed that O’Brien had refused to take any responsibility for her crime.

“She used lies to buy and sell these properties,” Madden had told jurors in February. “She doesn’t seem to have acknowledged at all that her poor decisions are what led her here to this courtroom,” Madden said.

The Chicago Tribune reported that O’Brien “blamed family issues at that time in 2003 when she said she decided to get into the real estate game — a decision she would come to regret.

“She also said she hoped her downfall would be a lesson to other lawyers that they will be held to a higher standard.”